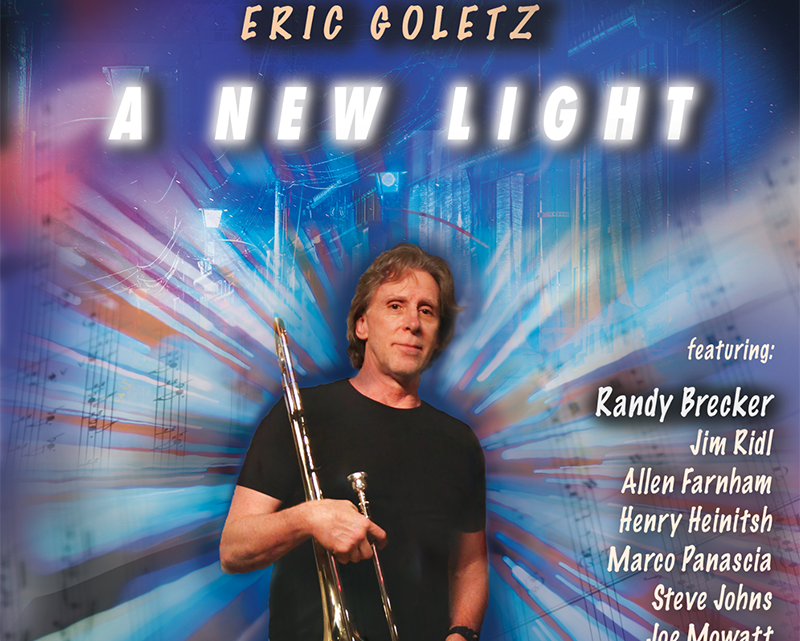 Virtuoso trombonist ERIC GOLETZ is releasing A NEW LIGHT, his second CD as a leader. After a 30-year career as a studio musician and first-call horn player in New York City, Goletz released his debut CD, Into the Night, in March of 2021.

Brimming with ideas and unstoppable energy, Goletz started working on A NEW LIGHT before his previous project was officially released. And like his previous release, A NEW LIGHT is an exciting, eclectic mix of musical styles that creates an infectious pastiche of sounds and textures.

Goletz’s multifarious background, experiences, and taste imbues his compositions and arrangements with a joie de vie enriched by his stellar musicianship. Goletz says, “I think of music as having endless possibilities. It’s a journey where you can never be absolutely sure where it will lead. Although my background is in jazz and classical music, I spend much time listening to other forms of music such pop, rock, Country, Motown, funk, Latin, and even Heavy Metal. There’s always something new to learn, and I try to keep an open mind to the simple joy of listening to music.”

Goletz’s arrangements are unique. With his solid chops as a musician and decades of working as a composer and arranger in a wide variety of musical venues and situations, it’s no wonder that his music is overflowing with a macrocosm of ideas. You can almost feel his rush of joy as he picks up his pen to get it all on paper.