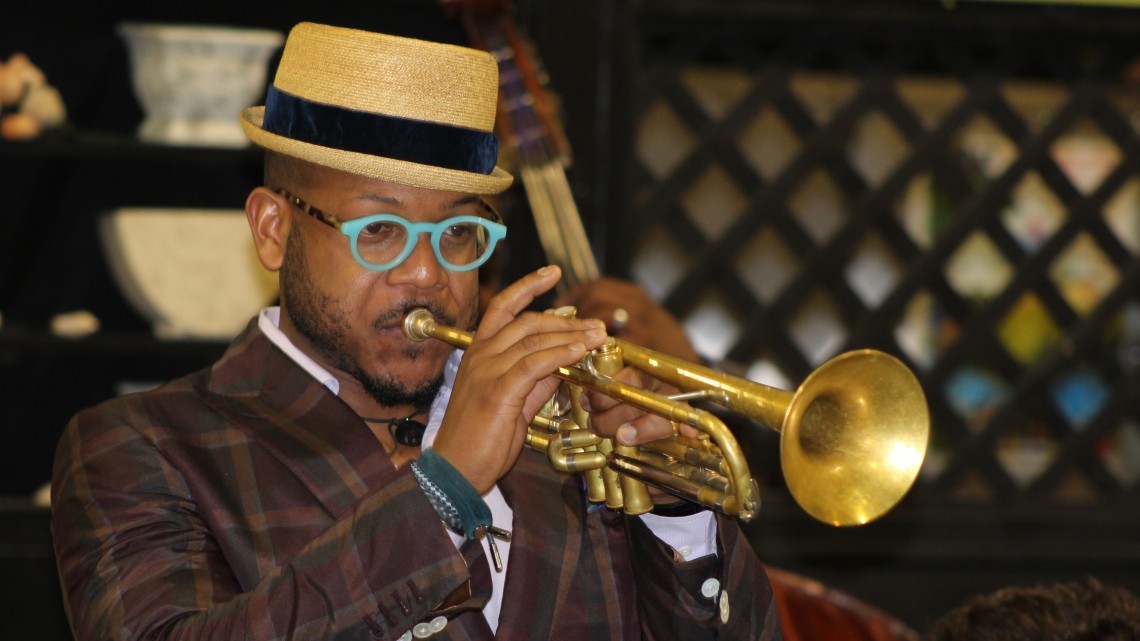 (Photo credits: John Stevenson 2017) By John Stevenson Renowned Trinidadian trumpeter Etienne Charles brings his unique Caribbean-flavoured jazz sound to the UK on June 3rd. Etienne and his Creole Soul band perform at The Tabernacle, 34-35 Powis Square, London W11 2AY. Showtime is 6pm. Born in 1983, Etienne Charles defies easy musical categorization. According to Downbeat Magazine “Charles delivers his ebullient improvisations with the elegance of a world-class ballet dancer.” He has received critical acclaim for his exciting performances, thrilling compositions and knack for connecting with audiences worldwide. In June 2012, Etienne was written into the US Congressional Record for his musical contributions to Trinidad & Tobago and the World. Perhaps more than any other musician of his generation or Eastern Caribbean origin, Etienne brings a careful study of myriad rhythms from the French, Spanish, English and Dutch speaking Caribbean to the table. Crucially, as a soloist, he fully understands the New Orleans trumpet tradition (which is readily discernible in his trademark instrumental swagger) and what famed Crescent City Pianist, Jelly Roll Morton so succinctly captured in the now immortal phrase, ‘The Spanish Tinge’.

Currently an Associate Professor of Jazz Trumpet at Michigan State University, Etienne received his Master’s degree from the prestigious Juilliard School and his undergraduate degree from Florida State University, where he studied under the direction of outstanding jazz musicians such as Marcus Roberts and Scotty Barnhart.