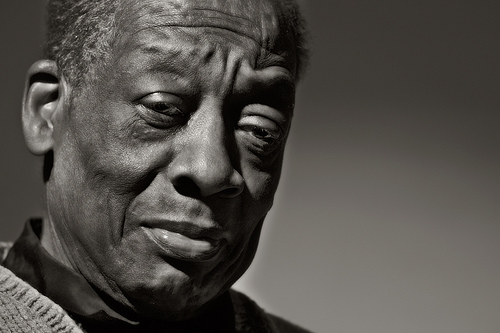 The great drummer/ educator, Billy Kaye, whose musical career spans close to 60 years, is scheduled to perform in a free, open to the public concert in Wilson, North Carolina, the place of his birth, June 7, 2018, 6:30 pm—8:30 pm, at The Vollis Simpson Whirligig Park, 301 Goldsboro Street South, Wilson.  That day has been designated “Billy Kaye Day.”  The mayor, state senator and other officials are scheduled to be in attendance.  Sponsors include the Jazz Revival Project, Arts Council of Wilson, The North Carolina Arts Council, Comfort Suites and Whirligig Park.

“I am really looking forward to performing in the place where I was born.  I haven’t spent any good time there in years,” said 85-year-old drummer/educator Billy Kaye, during a recent telephone interview from his New York City residence. “The last time I was there was in Goldsboro about two years ago. I am a native of Wilson, North Carolina and I have never performed there. I will be on the stage with organist Clarence Palmer who I worked with when we were with guitarist George Benson, two Kinston, North Carolina native saxophonists, Eric Dawson and Brian Miller. I have been all over the world, and I would be so happy to perform in Wilson, North Carolina before I check out.”

Billy Kaye was born Willie King Seaberry in Wilson on November 25, 1932. He left that tobacco town at an early age when he joined the United States Air Force and it was in 1950 during his time in service that he started to play the drums professionally. His first engagement was in a band in Selma, Alabama, that was headed by Percy Mayfield. Later, he organized a trio while he stationed in Tripoli, Libya, where he played at several service club shows. While he was overseas, he also performed popular German saxophonist Hans Koller. Back in the states, while stationed at Sampson Air Force Base in upstate New York, Billy Kaye played with trombonist Benny Green and later in 1953, after being honorably discharged he performed with Matthew Gee.

During the 1960s, he led his own groups that included saxophonist Houston Person, organist Fran Gaddeson, pianist Clarence Thompson, bassist Eddie Daniels, alto saxophonist Frank Strozier, tenor saxophonists Rocky Boyd and John Gilmore. It was also during that time that Billy Kaye played with the Illinois Jacquet Quartet. In 1966, he became a member of the George Benson Quartet, along with Lonnie Smith and Ronnie Cuber, and recorded with Benson as well. In 1967, Billy Kaye became a member of saxophonist Lou Donaldson’s organ group. He stayed with that group for over twenty years.

“I played with some of the greats,” he said. “But, I really enjoyed performing with Lou because we are homeboys from North Carolina. Later I recorded with Stanley Turrentine and I am known as the drummer on his hit tune ‘Sugar.’ I have worked with a long list of artists, including Thelonious Monk, Charlie Rouse, Eddie Jefferson, Ruth Brown, Gloria Lynne, Herbie Hancock, Jimmy Smith and Sun Ra. A long time before then I changed my name to Billy Kaye because some the cats wanted to call me ‘Billy the Kid,” after the outlaw. But, I wouldn’t have it. That’s when I said, call me Billy Kaye. It’s been Billy Kaye every since.”

Billy is still active in the music scene. In addition to performing, he is considered a superb educator and a person who has worked with and encouraged young upcoming musicians. He has worked as an educator through the Jazz Foundation of America’s Jazz Foundation in Schools program, conducting one-hour educational performance in New York City public schools. His latest musical group, a quintet consist of what he calls: “the United Nations” band, because it is a multi-cultural one. The group’s latest recording on Fat Cat Records is called: “Fat Cat Presents The Billy Kaye Quintet.” Mr. Kaye’s group has a regular engagement there every Tuesday morning from 12:30 am until 4 am.

“Tell the folks in North Carolina that Billy Kaye is coming back home,” he said, near the end of the interview. “Tell them that I look forward to seeing them and that I am sure that everybody will have a great time.”