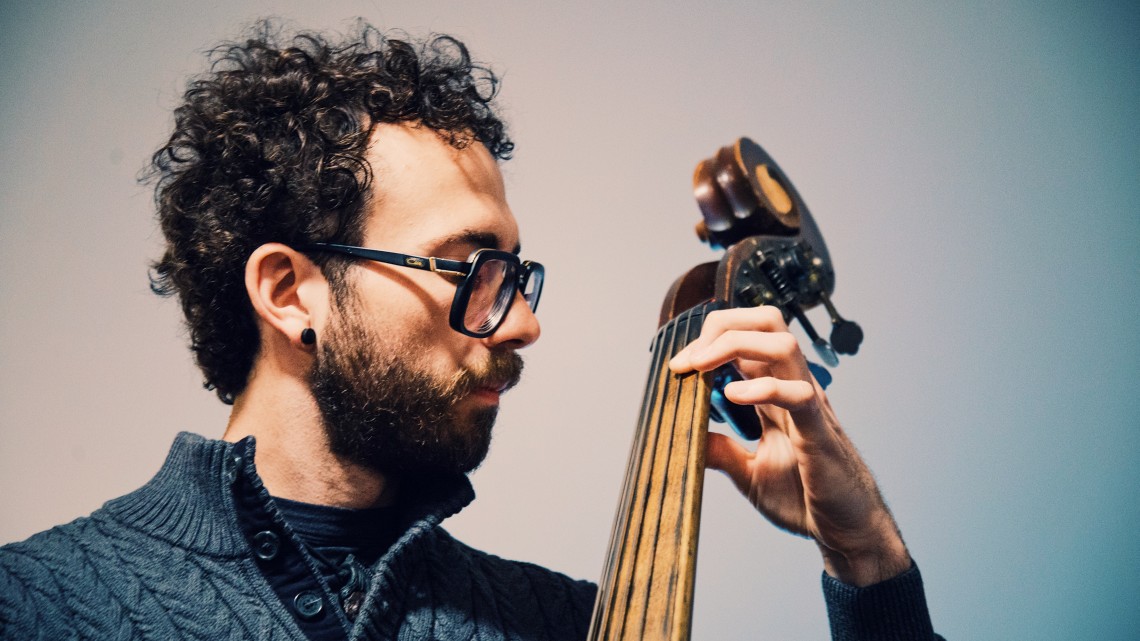 (CINCINNATI) – Ray Bradbury was known for pushing the boundaries of imagination. New York-based jazz-fusion composer Zac Greenberg is gaining a similar reputation in the music realm, so it comes as no surprise that his latest project, a contemporary opera titled The Bradbury Tattoos, is based on the late science fiction author’s writings.

With funding from the National Endowment for the Arts, The Bradbury Tattoos will have its world premiere at Memorial Hall in Cincinnati on July 13 and July 22, in association with concert:nova, a contemporary classical ensemble comprised of musicians from the Cincinnati Symphony Orchestra. The project was inspired by four of Bradbury’s short stories: “Kaleidoscope,” “Zero Hour,’ “The Highway” and “The Last Night of the World,” which are included in his 1951 anthology The Illustrated Man. As in the original book, the stories told in the opera are tied together by a character called the “Illustrated Man,” whose body is covered by animated tattoos.

“The opera is about how people react to unusual situations,” Greenberg said. “After David Bowie died, I was talking with Ted Nelson, co-artistic director of concert:nova, about how so much of his music was character-driven. We wanted to do something similar, and then I started thinking about Ray Bradbury’s stories. We approached Michael Burnham to write the libretto.”

Burnham taught drama for many years at the University of Cincinnati College-Conservatory of Music (CCM). He has narrated symphony concerts for the Boston Symphony Orchestra, the Salt Lake Symphony Opera and the Cincinnati Symphony Orchestra, among others. His adaptation of Stravinsky’s l’Histoire du Soldat (which he directed while playing the Devil) premiered at the Salt Lake Symphony Opera. He is a recipient of the League of Cincinnati Theatres’ Sustained Achievement Award and was inducted into the Cincinnati Entertainment Awards Hall of Fame.

“Bradbury is not giving us cautionary tales here, so much as he is pointing out all the little things we want to and ought to hang onto and cherish as we struggle in our move toward a more just and loving world,” Burnham said.

Though The Bradbury Tattoos is described as a rock opera, Greenberg said it encompasses other musical genres, including jazz, folk and avant-garde classical.

“The opera is in four movements,” Greenberg said. “The first three movements happen simultaneously, in different rooms. The audience moves from room to room, and then everyone comes together in the main hall for the grand finale.”

Greenberg, who is based in New York, has composed music for numerous film and stage productions. His credits include the feature-length motion picture Straight Outta Tompkins in addition to modern dance projects for Sean Green’s Shieldwall, Charlotte Katherine & Co. in Los Angeles, the Cincinnati Ballet Company, National Underground Railroad Freedom Center and more. In 2015, he composed and recorded Unexpected Journey, a jazz-fusion project to benefit cancer research. He is the founder of Taste Recording Studio NYC and is a cofounder of Almost Holden Collective LA-NYC and Musicians for Health.

Next post REVIEW: VOCALIST JAZZMEIA HORN HAD THEM EATING OUT OF HER HANDS AT SPOLETO by LARRY RENI THOMAS