A world renowned pianist and vocalist Barbara Carroll, the honored recipient of the Mary Lou Williams Women in Jazz Award of the Kennedy Arts Center and the National Arts Club’s Award of Distinction, who will be making her 11th Highlights In Jazz appearance, began her rise to stardom opening for the Dizzy Gillespie Big Band at 52nd Street’s famed Downbeat Club, after which Leonard Feather dubbed her “the first girl to play be-bop piano.”  It was later at the city’s chic Ember’s Club that Carroll was early embraced by the sophisticated New York “café society” crowd that would become an enduring audience for the pianist’s elegant stylings.  It was there that Carroll first received the encouragement of longtime admirer Tony Bennett.

After a nearly 20 year hiatus from regularly performing Carroll returned to the jazz scene with a critically acclaimed album for the revitalized Blue Note label in 1977.  The following year she was booked for a two week engagement at the Bemelmans Bar of the Carlyle Hotel, where cabaret icon Bobby Short held forth across the hall at the Café Carlyle.  The performance proved to be so successful that her stay was extended for twenty-five years.  During this period Carroll began to integrate her vocalizing into shows, honing her skill such as to have the New York Times’ Stephen Holden attest to her emergence “as the most compelling exponent of the intimate parlando style since Mabel Mercer … a New York institution to be treasured.”  And writing again recently about Ms. Carroll’s weekly engagements at New York’s Birdland jazz club.   “At 89, Ms. Carroll is as confident and buoyant a musician as she was more than 50 years ago.”

Carroll will be joined by her longtime associate, bassist/vocalist/composer Jay Leonhart – with whom she first recorded on her 1970’s Blue Note comeback album.  She says of her duo partner Leonhart, who will be making his 36th Highlights In Jazz appearance, “Jay and I have been making beautiful music together for over 35 years.  He’s one of the most sympathetic musicians in the world, a complete joy to play with.  He allows me to be totally free, to move in any direction I choose to go with in the music.”

The show will also feature pianist/composer singer Andy Bey, who will be making his very first Highlights In Jazz appearance.  Bey, whose distinctive bass-baritone voice first garnered attention during his work with the group Andy and the Bey Sisters in the mid sixties, has been heard with a myriad array of jazz stars, including Horace Silver, Max Roach, Gary Bartz and Fred Hersch, but it has been his recent work, beginning with 2005’s Grammy nominated American Song album that brought his artistry to a wider audience.  Bey’s most recent solo effort, The World According To Andy Bey (High Note), which earned him his second Grammy nomination in 2013 and France’s prestigiousl’académie Charles Cros Coups de cœur Jazz honor, brought the New York Times’ Nate Chinen to call Bey “a jazz singer of magical expressivity,” and fellow Times critic Ben Ratliff to declare, “Bey’s art is complete within itself.”

This season’s series concludes on Thursday, May 8, 2014 with Brothers in Jazz featuring The Heath Brothers (Jimmy Heath and Albert “Tootie” Heath with Jeb Patton and David Wong) plus Peter and Will Anderson Perform Music of the Dorsey Brothers featuring Wycliffe Gordon and surprise special guest

Next post Enjoy a Musical Summer without Sweating Out! 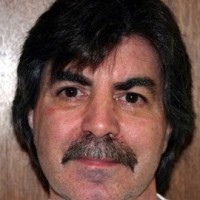