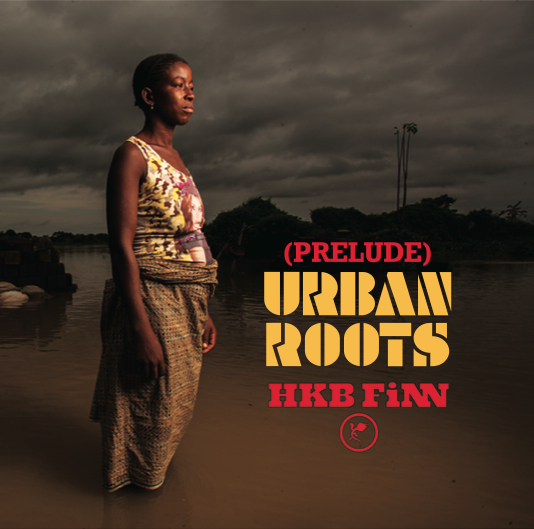 Playing a supporting role in the evening’s musical programme will be the debut album launch by guitarist Edison Herbert with new jazz poetry by Lionheart. Showtime will be 8pm with doors opening at 7pm.

This most recent work melds the spoken word artform with reggae, soul, gospel and Afrobeat. It tells the never-ending tale of fiery ambitions brought by people arriving from rural locales which are extinguished by the harsh realities of life in metropolitan cities like London, Paris and Amsterdam. The album can also be described as a musical book of adroit observations and admonitions.

On ‘This city will make you crazy’, HKB FiNN warns: “This city doesn’t love you neither do these streets/It will pick you like a pocket throw you on a heap. Village Girl (Petite Fille) featuring Karmen Dellie, subtly blends urgent lyricism with compelling instrumental prowess. The upbeat ‘All About Me’ (featuring Tracey Campbell) is a powerful gospel-inflected  anthem about taking responsibility for one’s successes and achievements in life. ‘Farthing Downs’ is characterised by classy jazz ensemble playing interspersed by HKB FiNN’s eloquent wordsmithing. ‘Karma’s Blind’ (featuring ‘Nyr Raymond) lays out HKB FiNN’s approach to a key aspect of Eastern religious philosophy: “I didn’t cause your secret pain/and I’m not the one to blame/You didn’t do wrong, you have no shame/Karma’s blind with perfect aim’.

Prelude: Urban Roots continues naturally from 2010’s Natural Eloquence which HKB FiNN followed up with an extensive tour to France, Martinique, Reunion, Madagascar, Brazil, Japan, Nepal and India. The ‘city’ theme and the effect of metropolitan life on its inhabitants, especially on those coming from rural settings in the countries of the ‘south’, has been one of HKB FiNN’s preoccupations for several years.

HKB FiNN spoke to ejazznews.com about his artistry and the new CD.

John Stevenson: Congratulations on being a first-time father. Given the debates around some artists and their responsibility to younger audiences, does your new experience put these debates into a different perspective?

HKB FiNN: Thank you. I’m finding myself looking at a lot of issues with a new found sense of wonder and sometimes appreciation more than ever before. However, I still believe freedom of speech is too an important issue to alter just because I prefer my art in a particular way.

JS: How did you get into spoken word and hip hop?

HKBF: Though I was born in Europe, I spent part of my childhood in Jamaica. During that time there was a daily children’s show on TV run by the celebrated poet Louise Bennett (aka Miss Lou). She inspired me to write poetry.  At the age of 7, I was asked to perform at a local party and read a set of four poems. When I received five dollars for my show, I really got into it. After returning to the UK in the early 1980s, I got into hip hop after being introduced to it by a friend from Battersea. We formed a group, did a few recordings and few years later, I found myself wanting to incorporate more traditional poetry into my work. Then I heard Saul Williams. It was as if someone took the best energy of hip hop and poetic scripture and put them in one place.  This was my introduction to spoken word. I wrote tons of material between 1999 and 2001 and then decided to dedicate the rest of my days to blending elements of jazz, Afrobeat, hip hop and soul with spoken word. The short answer is that I got into spoken word & hip hop through practice, trial and dedication.

JS: What is the inspiration behind Prelude Urban Roots and have you been working long with your current group?

HKBF: The biggest inspiration behind my current project is ‘city life’.  After travelling to many cities in just under 40 countries over the years, I’ve noticed many similarities in how people live in the 21st century. While we love technology it’s becoming hard to meet up with people. Are we busier or more distracted than previous generations? If city life is the be all and end all, then, does this account for why modern electronic music has become brittle, angular and harsh? Or maybe, we just need music and poetry that speaks from the heart rather from anywhere else. These are some of the ideas I’m exploring with my new line up.  Previously, I worked with the Drovers Street band led by myself and Derek Johnson, but now it’s an entirely new line up called the HKB FiNN Ensemble and we’ve been performing together for three years.

JS: Who have been your major stylistic influences?

JS: Your music conveys a tasteful combination of jazz, Afro Beat soul, funk, gospel and intelligent writing. There is certainly a gap in the market for this kind of sound. How are you received in places like Nepal and India?

HKBF: Thank you again. I have been very blessed to travel and play in many countries. In particular, countries where there is a hunger for urban music that has an edge but is also family friendly.  I’ve found that when I play in Nepal or India people bring their entire family to enjoy the music.  It makes me really proud to know that hip hop infused with jazz, Afrobeat and soul, can show people that poetry is flexible and that Hip Hop is not all about gangster music.

JS: Do you think the music industry today – with the pre-eminence of the internet and digital platforms – has enabled the development of artists like yourself to find new niches?

HKBF: The internet has given artists like me access to a wider market without having to tone down our message or change our methods.  I’ve been lucky to have found a niche in the middle of jazz and the spoken word worlds.  It’s actually awesome.

JS: Do you think that a lot of the criticism surrounding hip hop is justified?

HKBF: I’m not sure which criticisms you mean, but I believe in a hip hop that is so diverse that a poet can write and perform songs to jazz audiences and leave them happy.  My hip hop is about diversity, the pursuit of excellence and the sharing of virtuosity from a band unlike any other.

JS: What have been your most challenging periods of being an artist?

HKBF: The most challenging period for me as an artist so far was the early part of my solo career.  Transitioning from rapping to a pre-programmed and sampled beat to performing prose with a live band did not win me many friends at first. It was difficult getting gigs so I looked to the international festival circuit and this helped to reinforce that there is something worthwhile in preserving live music and performing using prose.

JS: You did cultural studies and film (BA and MA degrees) at university. Where did you study and how did that academic environment spill over into hip hop?

HKBF: I studied at the University of East London (shout out to the UEL crew!) and I must say that my education helped me to become the artist I am today.  My course at UEL gave me the confidence as a post graduate to pursue the ideal of Black Organic Music in the middle of the electronic dance music (EDM) age.

JS:  There’s been a lot of talk about the barriers – real or imagined – of UK and non-US hip-hop and spoken word artists not gaining mainstream attention and record sales in America, while American hip-hop artists can perform in most parts of the world and be guaranteed huge audiences for their performances. What are your thoughts on this imbalance?

HKBF: People have always loved art and because of that most UK artists can and hopefully will find their own audiences in the US and beyond. The imbalance will be redressed when our publishers, managers, music labels and cultural agencies (like the British council) are all on the same page and when the artists really bring their ‘A’ game to the table.