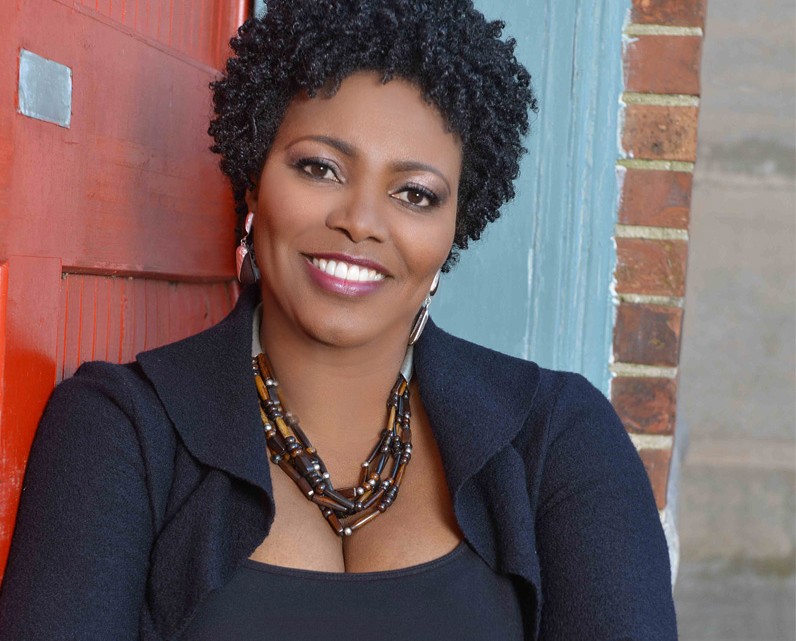 Columbia, South Carolina – January 14, 2016 – Chaye Alexander is taking things to the next level with her new venture, “In Tune with Chaye Alexander”, currently in development.

Chaye Alexander is a distinguished radio personality/producer/multimedia talent and host of the weekly radio show “Live with Chaye”… Advancing technology has given Chaye the inspiration to create an innovative and exciting new show that harnesses her immersion in audio & visual media to showcase the best and brightest in a captivating way.

Chaye’s scope will expand to bring more of the music, art, and entertainment world to the listener, and will take the listener deeper into the creative world. Get ready, get set, and stay tuned for the best of today and tomorrow as well as a peek behind the spotlights with In Tune with Chaye Alexander!

Many of us love music and that love manifests in different ways—we learn to perform, record, produce, and/or write about it. Some embrace it by presenting the music of others to many people—as a DJ on the radio and at events. It might sound easy but it’s not—there is an art to it. Make no mistake, Chaye Alexander is an artist. As host of “Live with Chaye” on ChayzLounge.com, Ms. Alexander spreads the power of sound to an eager world, not only giving listeners what they want, but what they need too, spinning music that’s well-known and should be better-known. Further, Chaye is able to get behind the scenes of the creative process via her conversational, encourage-the-guest-to-be-comfortable interview style. She has interviewed not only musical performers Dionne Warwick, TLC, Eric Benet, Jody Watley, and Shaggy, but also acclaimed author/actress/activist Sheryl Lee Ralph, artist/painter Laurel Holloman, singer/author/actress Gloria Loring, actor Eriq La Salle, and award-winning photojournalist/author, Miki Turner. Singer Will Downing had this to say: “I had an amazing time doing my interview so much so I lost track of time and the battery almost died on my phone that’s how engaged we were in conversation. Thanks for a memorable interview.”

While Chaye’s first love was acting, music was always part of her life. Her introduction to music dates back to childhood with fond memories of Sunday afternoons spent with her mother enjoying the sounds of Dionne Warwick, Petula Clark, Brook Benton, and a host of other classic R&B/soul and pop artists. The spot-on bond was shaped the day she was asked to change a record on the turntable —that “connection between the [turntable] needle hitting the record,” said she, cemented that relationship between herself and music.

Much of Chaye’s teen years were spent DJing with her brother at parties. This chapter taught Chaye perhaps her most crucial lesson—how to customize selections of “music to create atmosphere and mood for any occasion,” says she. She later joined forces with a local radio DJ on his nightly show. In the years that followed, Chaye acquired in-depth knowledge of broadcasting, providing her with the background for not only how it works but how it could work. However, her interest would later shift to television and the recording industry where she dedicated herself in shining the spotlight on up-and-coming performers. Chaye collaborated with a local production studio to create her own television show that ran successfully in the Northeast from 1993-1996. Her show, Have U Heard, presented emerging talents as well as A-list celebrities. Her interviews became renowned in and outside the media industry for being far more than factual-type discussions with guests. Chaye established her signature style of setting guests at ease, allowing her to bring a truer, richer sense of the subject to audiences.

Chaye’s passion for music, inherent knowledge of music trends, and dedication to nurturing performers has earned her stellar recommendations from industry professionals and musical icons alike. With the introduction of the World Wide Web and its nearly unlimited range, Chaye quickly realized the opportunity and in 2009, she launched her radio station via the Internet at a time when the concept was relatively new. She effectively merged her love of music, knowledge of radio, and commitment to providing a classy presentation into the station known as Chayz Lounge. Today, Chayz Lounge is one of the top stations on the Web with millions of listeners world-wide. Chayz Lounge provides a platform for the sounds of yesterday, today, and tomorrow to a global audience, delivering an impeccable recipe of smooth R&B and jazz 24/7! Ensuring the best musical experience for all listeners is Chaye’s mission. Her vast collection allows her to deliver a musical eclecticism that sets Chayz Lounge apart from any other station on the Web. As one listener puts it, “I thoroughly enjoy coming home or sitting home relaxing to some really great music. The variety is AWESOME…this is the type of music station I’ve been waiting for, music for the “grown & sexy” to chill with sipping on a nice glass of wine, chilling with friends, or relaxing after a long work week. I’m so glad I found in and will stay tuned in!!!”

From The Tonight Show to The Oprah Winfrey Show, TV illuminated the behind-the-scenes developments of performers and cultural figures—radio did the aural version before the advent of television. Chaye Alexander will conjoin sound and vision to do that again as only she can, with yet an even greater scope and sense of fun than most television and radio programs can muster. In Tune With Chaye Alexander will deliver more as-they-happen interviews with vital personalities in music, the arts, and entertainment, as well as those on the horizon and shaping the horizon. You can expect more of Chaye’s devotion to music, artistic expression, and engaging, attentive approach to her guests and eager listeners. Her vast web-world—centered in the present and looking to the future will soon be yours savor and adore.

Chaye Alexander’s musical eclecticism, live broadcasts, and engaging personality extend from the virtual world to music events across the U.S. and abroad. Book Chaye for your event and experience the smooth vibe that only she can deliver.