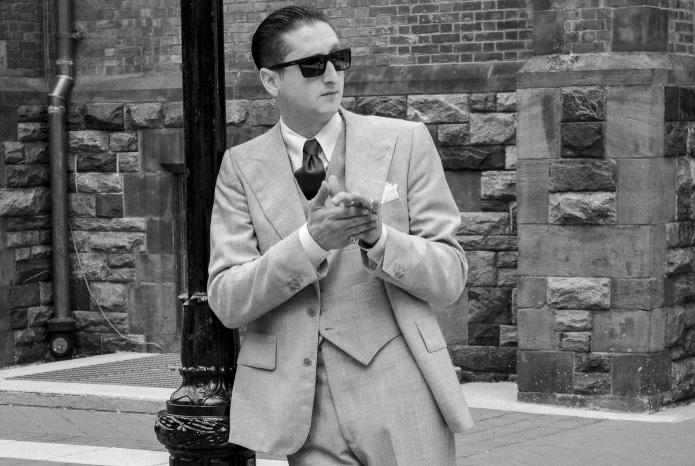 (CINCINNATI) – It’s winter in Cincinnati but things are bound to heat up, when the Brian Newman Quintet headlines at Xavier University on Sunday, January 24th.

Better known as Lady Gaga’s jazz bandleader, Newman is bringing his own group, the Brian Newman Quintet, to Cincinnati courtesy of the Xavier University Music Series. No stranger to the Queen City, Newman graduated from the College-Conservatory of Music (CCM) and has previously performed with many of the area’s prominent jazz musicians.

“My music career truly started when I got to school in Cincinnati,” he said. “I played my own gigs and gigs as a sideman while I was in Cleveland where I grew up, but there was something different about the Cinci scene that really pushed me as a young musician. Guys like John Von Ohlen, Steve Schmidt and Ed Moss, who I still look up to, taught me so much just listening to them and hanging out with them. There were also great musicians I met at school that were super helpful, like Alex Smith and Andrew Neff. Some I still play with today. I wanted to be a real New York City jazz player and the Cinci scene had a huge impact on making that happen.”

Newman is now a regular headliner at some of New York’s finest jazz clubs, in addition to his work with Lady Gaga. He collaborated with the pop superstar and Tony Bennett on their 2014 Grammy-winning album “Cheek to Cheek,” which featured arrangements by Newman and his band. The single “Bang Bang (My Baby Shot Me Down)” debuted at number one on Billboard. Newman plans to release his own debut album in 2016, produced by “Cheek to Cheek” producer Dae Bennett.

In addition to his upcoming show at Xavier University, Newman will teach a one-day master class at the School for Creative and Performing Arts (SCPA) in Cincinnati as part of the Mayerson Artistic Excellence Program, which is funded in part by the National Endowment for the Arts.

After having collaborated with Lady Gaga, Brian Newman plans to release his own debut album in 2016.

“What fascinates me about Brian is how he performs classic songs but makes them sound fresh and new,” said Polina Bespalko, director of the Xavier University Music Series.” “He encompasses both jazz and swing, and he breaks down generational walls. His music appeals to audiences of all ages. I think he could be the next Sinatra.”

Opening for the Brian Newman Quintet at Xavier University will be pianist/composer Dan Karlsberg & The ‘Nati 6, whose recent album “The ‘Nati 6” is currently nominated for a Cincinnati Entertainment Award (CEA) for Album of the Year.

The Xavier University Music Series will present the Brian Newman Quintet featuring Dan Karlsberg & The ‘Nati 6 in the Gallagher Theater at Xavier University on Sunday, January 24, at 3:00 p.m. Tickets range in price from $3 to $28 and can be ordered by calling 513-745-3162 or 513-745-3939 or by visiting www.xavier.edu/musicseries/.