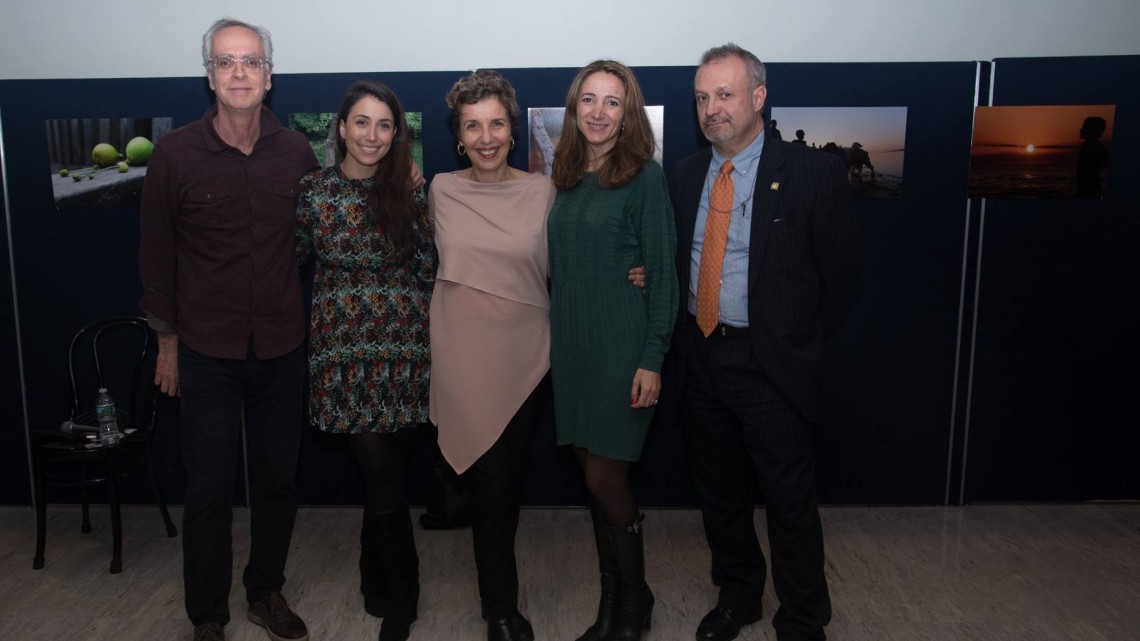 The fifth annual International Jazz Day (IJD) was celebrated at the United Nations Headquarters in New York on May 3rd with a jazz concert and a photo exhibit.

April 30th was first introduced as IJD in 2011 by the United Nations Educational, Scientific and Cultural Organization (UNESCO), on the initiative of one the jazz greats, pianist and composer Herbie Hancock, and has become a global tradition ever since.

Organized by Danijela Milic, a UN staff member and an avid supporter of IJD, in partnership with LeitmotivArts and the Portuguese Language Society with the support of the Permanent Mission of Serbia to the UN, this unique event combined two different art forms for one great cause.

In her opening remarks, Ms. Milic quoted Herbie Hancock that “jazz is about being in the moment” which was chosen as the theme for the event. Artists from Brazil and Serbia illustrated this with “MOMENTS & MOVEMENTS” combining the beautiful sounds of Brazilian and world jazz with breathtaking photography.

Aleksandra Denda from Serbia and Sergio Pereira from Brazil teamed up to bring world-class jazz to the UN. Aleksandra Denda is an internationally recognised, New York-based vocalist, bandleader and songwriter. She released her debut album “Dreamer” in March 2016 and took part in the IJD celebration on April 30th in Washington D.C., the IJD Global Host City for 2016. Sergio Pereira is a long-serving UN employee and also a talented guitar player and composer. After making a guest appearance at the UN IJD celebration in 2014, he took the stage to perform some of his original compositions from the upcoming album “Swingando” featuring Brazilian jazz sounds.

In the true spirit of improvisation, these two musicians hit the stage together for the first time, delighting the audience with their performance. The versatile repertoire included “Save your love for me” by Buddy Jonson, Jobim’s “Chega de caudade” and Djavan’s “Flor de Lis”. The audience was also treated to the original compositions which they masterfully performed together: Pereira’s “My Girls” and Denda’s “Willow Tree”.

Perfect accompaniments to the soulful music were the moments captured by lenses of internationally published photographers Lazar Zarupski from Serbia and Ana Cortez and Wagner Santiago, UN staff members from Brazil. They presented a selection of nature shots taken in the Balkans, North America and the Amazon, showing their own take on jazz: improvising and composing what’s in the frame in order to capture the moments and movements in nature and convey the emotion.

In thanking the artists for participating in this special event, Danijela Milic said that she saw jazz as a form of dialogue that knows no boundaries and unites people across the globe. This beautiful experience of sights and sounds was enjoyed by UN officials and staff from various world cultures, attesting to the true global character of jazz and arts in general.

“Tonight in this global house, these artists, who met for the first time, beautifully united strings, voices and snapshots delighting the audience and capturing the true spirit of the International Jazz Day — promoting peace, diversity and cross-cultural dialogue.” Milic said.

The photo exhibit will remain on display at the United Nations through May 6th.