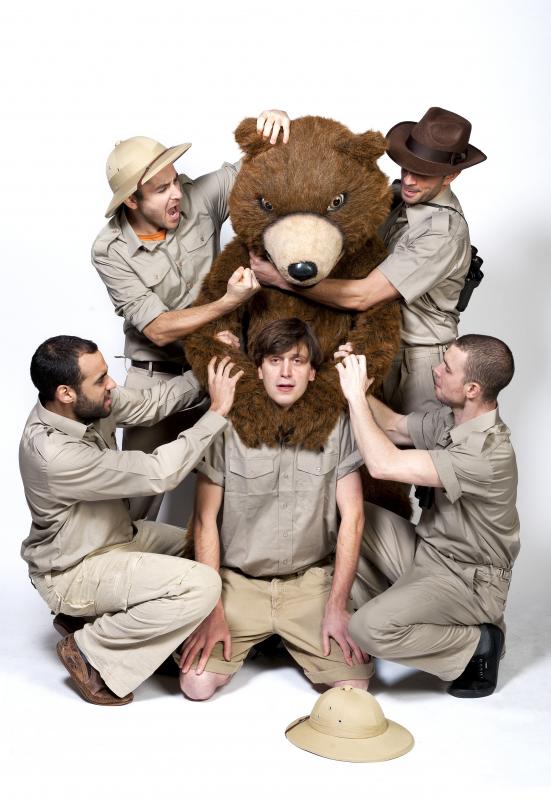 Jazz/Rock/Experimental band Led Bib have launched a Kickstarter campaign to support their 10 year anniversary celebration which include a new CD release and a limited edition live LP to be released on Cuneiform Records in May 2014.

And here are the full details of the Kickstarter campaign

So….we have actually survived ten years together….hard to believe it’s been so long! So….we want to celebrate, and we want to do that by making 2014 a really special year for Led Bib.

So, we really want to make this year a unique one for Led Bib. Our first ever vinyl release, a new approach to making an album for us, and of course touring all over the place and we want you to be part of it! To do this, the expenses are quite high, we need to pay for a quite special studio space to do the recording like we want to, Mark is now generally based in Vienna, so doing everything with Led Bib is that little bit more difficult and expensive, getting the vinyl done properly is expensive and we need your support in order for us to be able to do it all.

We have been out touring new Led Bib material for a while now and it is ready to go into the studio. But, this time we want the studio to be different than before. We are in the process now of searching for the perfect room where we can do everything live with no headphones and really blast off together. Every studio record has been about trying to find the best way to use the studio for a band like us, which isn’t easy, and after 4 other attempts, now it is time for a new one and we can’t wait to try it. We will be working with Head again on this record, who recorded and mixed the last record as well as Mandy Parnell who has been mastering our records since Sizewell Tea(!)

Alongside the album release we will simultaneously be releasing a limited edition LP of some tracks from one of our shows at the great Vortex Jazz Club in London. We had a great time playing there in February and we were really happy Shaun Crook was on hand to capture one of the nights and we will be mixing and mastering this onto vinyl! People have been asking for years about Led Bib doing a vinyl release and we are happy to say that we will finally do it.

So we decided that the best way to be able to get this project going is to ask the people who have supported us through these 10 years to support us in a slightly different way than usual. The money donated towards this will go to all the aspects of making this album a reality, from the studio hire costs, to fees of the designers, to the vinyl test pressings.

We are really excited about making our dreams for next year a reality and we hope you are too. We have lots of fun rewards lined up, from visiting us in the studio to a trip to White Hart Lane with Chris and we hope that you like them. As you may know, this is an all or nothing thing, so unless we reach our goal of £10,000 we will receive nothing, so please be generous and tell your friends. We really want to make this year a special one!

Any money which we earn over this goal will just get plowed into making the releases even better, and if we were to go really over the total(we know you guy are generous!!) then we will put that towards making sure when we tour, we can get to even more places, so that we can play for YOU!

Next post National Jazz Museum in Harlem Tuesday, May 7, 2013