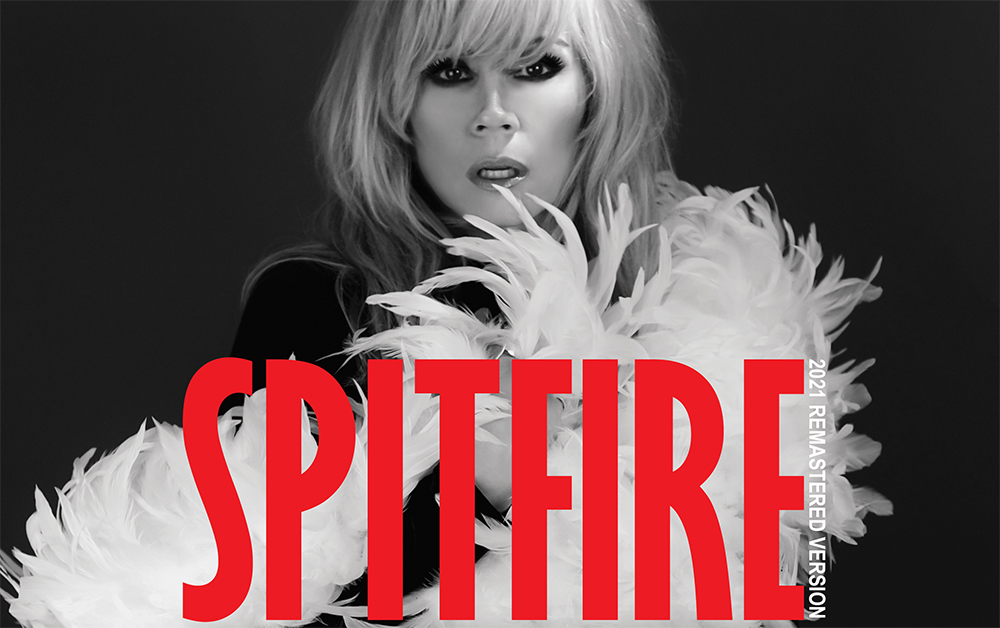 NEW YORK, July 24, 2021 – “I’m not a simple girl/Look inside my world.” Jessie Galante directs on the title cut of her remastered full-length album release, “Spitfire.” All those who want their rock from an unforgettable frontwoman, shot through with soulful blues and served up by with inspired, no-apologies passion are advised: Go ahead and take that look.

AVAILABLE ON ALL STREAMING APPS >>>

And take an even deeper look as the re-release of Spitfire not only represents Galante’s memorable tour in Europe supporting the original release of Spitfire, but tragically and sadly it was the last tour with Jessie’s husband, mentor, manager, producer and soulmate who passed away suddenly in December 2013.

Originally released in 2009, double-platinum Executive Producer Larry Swist helmed production, and 9-time Grammy-winning mixer Mick Guzauski (Eric Clapton, Michael Jackson, Kiss, Madonna) performed the mix. “When we created this record it was all about creative adrenaline, energy, and having fun together,” Galante notes. “It was the best time I ever had working on a record. The amazing team that Larry put together made it possible.” Spitfire is an international production with globe-spanning production connecting New York, LA and Budapest.

Galante’s Spitfire album, hears her singing at the top of her game, deftly folding together the fierce beauty, charged strength, and graceful drama that only she can deliver. Backing her on several cuts such as “Spitfire,” the tough churning “High Road Easy,” and the tense puller “Crave It,” is an all-star backing band that includes drummer Frank Ferrer (Guns N’Roses, Psychedelic Furs), bassist Jack Daley (Joss Stone, Lenny Kravitz), and guitarist Rob Bailey (Anastacia, Jive Jones). Hungarian musicians luminary guitarist Janos Szucs, with bassist Tibor Ferenczi and guitarist Peter Raso are also on board.

Galante shares; “With the tragic debilitating loss of Larry and the heartbreak and loss that we’ve all been through by the events of the past year with COVID, I feel it’s a meaningful time to re-release this commemorative album. Re-mastered by Stefan Heger (mastered by Stef), Spitfire packs a punch. We all know music is therapeutic and healing and I believe Spitfire has that power. As an artist, I hope to help the world feel a little better!”

AVAILABLE ON ALL STREAMING APPS >>>