Ken Peplowski, “In Search of…” 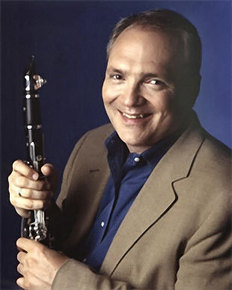 Reedman Ken Peplowski loves the clarinet as much as he does the tenor saxophone and on his new CD, In Search of…, he plays them both with superb results. The new disc is actually a combination of two different sessions recorded three years apart (April, 2007 and February, 2010) with different personnel—all first rate. The last three pieces on the album were recorded in 2007 and are not your normal straight jazz tunes with each possessing a unique airy nature especially the number “Within You and Without You.”

Two of the last tracks are duos, one features Peplowski on tenor with bassist Greg Cohen and the other has the reedman on the clarinet with drummer/percussionist Joe Ascione. The finale piece is a quartet setting including vibraphonist Chuck Redd. For the majority of the album, Peplowski is joined by jazz luminaries Jeff Hamilton on drums, Shelly Berg on piano and bassist Tom Kennedy rounding out the world-class rhythm section. “The Thespian” opens the album with a nice boppish flair highlighting both the saxophonist and Berg on delicious solos against Hamilton’s crisp drumming and crashing cymbal accents. Performing on the clarinet for the first time, Peplowski hums out one beautiful melody on “Love’s Disguise.”

“When Joanna Loved Me” presents one of the defining moments of the album, a slow ballad with the soft saxophone leading the tune turns out to be an outstanding feature. The Brazilian flavor kicks in on the seven-minute “Falsa Baiana” providing Peplowski with some of the best tenor solos of the session. The group swings a bit on the upbeat and perky “Peps” providing bassist Kennedy a brief but tasteful solo as the reedman takes to the clarinet with a swinging performance.

Other clarinet-led numbers include “In Flower,” the humbling “With Every Breath I Take,” and “A Ship Without A Sail.” Whether on the clarinet or blowing smoke on the tenor, Ken Peplowski turns in another amazing performance on In Search of… surely finding one heck of a musical statement to be proud about. Berg, Hamilton and the rest of the crews were the cream, the topping that made this search so easy to find and enjoy.

Previous post One on One: Bob James still rings the fusion changes