One on One: Bob James still rings the fusion changes 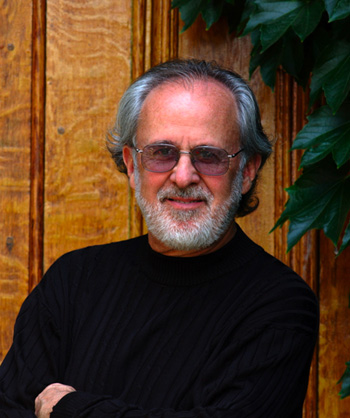 Born on Christmas Day, 1939, this jazz fusion dean, keyboardist, producer and arranger is also presently known as co-leader of the group Fourplay. Their new CD, Let’s Touch the Sky, seals in those magical ingredients that have characterised the Fourplay sound for the past two decades.

Together with electric bass wizard Nathan East, respected drummer Harvey Mason, and top-flight guitarist Chuck Loeb, the group cleverly synthesises a host of influences, including soul, funk, Brazilian and jazz flavours, that appeal to a broad swathe of fans and music lovers alike.
James’s exploits in the television world have been immortalised with “Angela”, the instrumental theme from the well-received sitcom “Taxi”. He has also enjoyed critical success as a solo artist during the 1970s and 80s. His collaboration (one of many) with guitarist Earl Klugh garnered a Grammy award in 1981.

Of more contemporary interest, his keyboard riffs and tastefully textured compositions have been raided, time and again, by the hip-hop community: Artists from Common, to Will.i.am, to LL Cool J, to Eric B & Rahim, have sampled Bob James’s catchy and infectious grooves.
Always on the move, I still managed to track Bob down for a very insightful jazz fusion discussion.

John Stevenson: Fourplay has enjoyed twenty years of success. Not bad for a leaderless quartet. There are not many groups – in whatever genre – who stay together for prolonged periods nowadays. What have been the ingredients of Fourplay’s longevity?

Bob James: Close friendship, common musical goals, willingness to compromise for the benefit of the team. These are a few out of many necessary ingredients.

JS: Though the group is primarily made up of hardcore instrumental jazz legends, Fourplay has also been a platform for great vocal talents. Elixir featured Phil Collins, Peabo Bryson and Patti Austin. Down through the years, you’ve also showcased folks like El Debarge, Babyface, Michael Macdonald, and Esperanza Spalding. The new CD features Anita Baker and Ruben Studdard, and of course, Nathan East is no slouch in the vocal department either! Do the vocals bring just another texture to your releases, or do you make a conscious collective decision to compose with great singers?

BJ: It has evolved into sort of a tradition with us. It started when El DeBarge joined us for ‘After the Dance’ on our first project. We all have performed with so many singers in our careers as sidemen, that it seemed natural to take on the challenge of “accompanists” as a part of our group identity.

JS: Chuck Loeb has certainly hit the ground running on “Lets Touch the Sky”. Why did you Harvey and Nathan unanimously settle on him as a replacement for Larry Carlton? Does the guitar meld with the group’s sound in ways that perhaps a tenor saxophone might not?

BJ: We had many discussions after Larry chose to leave the group. We did consider the interesting concept of changing to a different instrument (Kirk Whalum joined us for a very memorable concert during that time, for example). But the guitar sound was such a big part of our history, and repertoire, that it made the most sense to continue with the same instrumentation. Chuck has given us all a big sense of vindication for the effort we made in coming to an agreement about who to choose for a new invitation.

JS: You’ve had remarkable opportunities to lead groups, accompany the Sassy Divine One (Sarah Vaughan), collaborate with incredible folks such as Earl Klugh and David Sanborn, produce for the landmark CTI label, and leave a serious artistic legacy behind. With the music industry presently in a state of flux, buffeted by the twin tides of the internet and the economic recession, what advice would you offer to the up-and-coming jazz producers and musicians of today?

BJ: Sooner or later every conversation about the arts comes around to scratching our heads about this dilemma of the new century. The stakes have changed dramatically. I try to think back before the phonograph, before radio and TV and the world-wide web, and before musicians had the opportunity to make a livelihood through publishing and recording royalties. Somehow great music got created. And if we stay focused on our basic responsibilities …to create, perform … and teach younger generations the true values, I believe we will make it successfully through these challenging economic times. Our audiences still crave music. They still want to be inspired and uplifted and taken on romantic adventurous musical journeys. I’m very happy to still be embarking on those journeys, and am ready to give it my best. It’s great to get paid for it, of course, but most of all it’s the process that has brought quality to my life.

JS: How did you come to meet Quincy Jones, and what role did he play in your musical life?

BJ: He was a judge at a collegiate jazz festival where I competed with my trio when I was still in college. I’m very fortunate to have met him. His positive recommendations (to Sarah Vaughan & Creed Taylor) at two pivotal points in my career, were invaluable, and changed the course of my life.

JS: Two of your songs, “Nautilus” and “Take Me to the Mardi Gras”, are reputed to be among the most sampled in the history of hip-hop. How does that make you feel as one of the grandfathers of jazz fusion? Do you go along with the view that bebop, rap and hip hop are kindred spirits?

BJ: I’m a believer in the power of music as a universal language. When I learned that some of my music had spread outside the jazz audience, I was very flattered and fascinated. Yes, I believe the evolution of jazz history has branched out in many directions, and there is definitely the spirit of jazz improvisation and exploration in the best of rap and hip-hop. It still strikes me as kind of weird that my music became an element in a genre where I had no direct involvement. Bottom line … if it works for them, it works for me! No problemo!

JS: I very much enjoyed your classical recordings, the Scarlatti Dialogues and the JS Bach concertos. Do you see yourself returning to the classics in between your smooth jazz exploits?

BJ: Thank you! I consider that a big compliment, and it puts you in the small select group of people who responded to those recordings! Classical music is always at my side, and I continue to look there for inspiration. I have recently done some collaborating with Eddie Daniels. He and I share an interest in both the classical & jazz idioms, and throughout our careers have looked for ways to bring elements of both into our music. We got started during the era when the ‘third stream’ term was coined, and although I see less effort in that direction these days, I am still drawn to the idea. The challenge is to find the path that will bring new energy to each direction, and not have one compromise the other.

JS: Some of the compositions on the new CD, especially, the opening selection, have a tastefully cinematic feel to them. We know of your acclaimed theme for the memorable sitcom, “Taxi”. Have you given thought to lending a score to a Hollywood blockbuster?

BJ: Find me a director with a new romantic movie that’s missing the music score and tell him or her to give me a call! I’d love to have another shot in that direction. Basically I’m pretty busy between my own solo efforts and keeping up with the new Fourplay energy. But I hope I would still be able to rise to the challenge of creating some new cinematic music.

JS: Does someone with Harvey Mason’s formal musical training (Berklee, New England Conservatory) make a difference to your compositional approach?

BJ: To put it simply, Harvey has been a major influence on my compositions for over 30 years! He and I share a deep respect for tradition and the value of formal training. We are always trying to push each other to go deeper. Because improvisation plays such a big part, jazz composition is more a launching pad and I rely heavily on the enhancements that take place after Harvey responds with his unique contribution to my compositional ‘sketches’.

JS: Besides touring and promoting the new CD, what does Fourplay have lined up for 2011?

BJ: We’re just enjoying the fresh energy of our new member, Chuck Loeb, and are already looking forward to the next recording project with him. We recently played for the first time with a symphony orchestra in Tokyo, creating new music for that performance. It was a very exciting event for us, and we hope it will lead to more opportunities to share the stage with a classical orchestra in 2011.

Previous post In response to the Sun News Network interview with Margie Gillis.