In response to the Sun News Network interview with Margie Gillis. 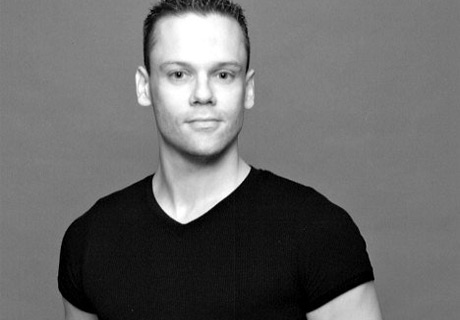 If by attacking dance artist Margie Gillis on the Canada Live show aired on June 1st, Krista Erickson, anchorwoman for the Sun News Network, intended to publicly insult a well-respected artist on a sensationalist broadcast news channel, she certainly achieved her goal. Of course, Miss Erickson is allowed to have her own opinions and she has the right to express them. But when it comes to journalism, shouldn’t it be somewhat of a moral obligation for the reporter to put aside her personal opinions to look at a situation from different perspectives, gather information from different sources and, obviously, allow her guest to express her point of view? Isn’t it ridiculously unprofessional and profoundly inhumane to invite a woman such as Margie Gillis just to publicly bully her, with no possibility for real discourse, in the name of a few minutes of “great television”?

But behind the obvious lack of respect and consideration, what was most shocking during this interview is that Miss Erickson was clearly more interested in diffusing an extreme anti-arts agenda than honest and truthful information.

If Miss Erickson had done her homework more thoroughly (listing all the grants one specific artist received during the last 13 years, although impressive looking, is certainly not enough to discuss the subject of public arts funding as a whole), she probably would have arrived at different conclusions. Or at least, let’s hope so. She likes numbers, so let’s play her game:

In 2007, The Conference Board estimated that the economic footprint of Canada’s culture sector was $84.6 billion, or 7.4 per cent of Canada’s total real GDP, including direct, indirect, and induced contributions. Culture sector employment exceeded 1.1 million jobs in 2007. And by the way, culture sector workers (including artists) are taxpayers just like any other worker in Canada, something Miss Erickson seems to easily forget. Furthermore, according to The Conference Board, the “Arts and culture industries play a vital role in attracting people, business, and investment, and in distinguishing Canada as a dynamic and exciting place to live and work… The culture sector bridges geographical distances and creates greatly expanded social networks.” (Valuing Culture: Measuring and Understanding Canada’s Creative Economy. 2008.)

And this is not hard to believe. Each time an artist like Margie Gillis receives a grant, Canadians are hired: dancers, actors, musicians, composers, rehearsal directors, lighting/costume/set designers, photographers, administrative and marketing staff, to name a few. Rehearsal and performing space are rented. Eventually, posters, flyers, ads and programs are designed, printed and distributed. Many audience members go to a restaurant before or after the performance traveling by car, taxi, or public transportation. Previews and reviews are written in newspapers and magazines. Tourists come to a city or decide to stay longer to see a specific show or exhibition. Touring artists fly and travel all around the world on commercial airlines. The list goes on and on.

In fact, we should consider cultural public funding as a collective investment and certainly not as a “waste”, to use one of Miss Erickson’s favourite terms. According to Canadian Heritage, the federal cultural funding totals “$1.51 billion for the fiscal years from 2010 to 2015”, which amounts to an average of about $300 million a year. (Canadian Heritage – News Releases/ Statements. 2009.)

Looking at it proportionally, it is easy to see that cultural funding doesn’t represent that much money in the big picture. In fact, wanting to cut these amounts to help the economy is somewhat similar to wanting to cut the toenails of an obese man, just so he could lose some weight. Somewhat ridiculous, don’t you think? Especially since by comparing these numbers with the ones from the Conference Board, we can also see that this “small” collective investment is actually quite a profitable one; the Conference Board estimates that in 2007, the expenses related to culture on all levels of government together (federal, provincial and local) reached $7.9 billion. This $7.9 billion generated $84.6 globally, something we all benefit from, and not only the “cultural elites” as Miss Erickson likes to believe. In fact, respected Danish researcher Bengt-Åke Lundvall clearly demonstrated that countries who do better economically and politically are precisely the ones who deliberately contributed to a “creative and cultural climate”.

But obviously, the cultural sector is about something much greater than the money it generates. The real power of the arts is not material and pretending otherwise is as ridiculous as saying that the car industry is about paying for the groceries of the builders, while ignoring that cars are made for transportation. According to a study published in the British Medical Association’s Journal of Epidemiology and Community Health, cultured people are more satisfied with their lives, regardless of how educated or rich they are. Researchers led by Koenraad Cuypers of the Norwegian University of Science and Technology analyzed information collected from 50,797 adults living in Norway’s Nord-Trondelag County. The participants were asked detailed questions about their leisure habits and how they perceived their own state of health and well-being. “After adjusting for relevant confounding factors” — including socio-economic status — “it seemed that cultural participation was independently associated with good health, a low depression score and satisfaction with life”, the study’s authors write.

Is that something a conscientious government should care about? Obviously. Miss Erickson’s assertion on the May 18th edition of The Waste Report that apparently most Conservatives privately think that arts funding is ridiculous, if true, says much more about the Conservative party than about the value of the arts in our society. In fact, most countries financially support their cultural industry in a way or another. And this goes back to the Roman Empire, if not before. Behind the masterworks of Michelangelo, Shakespeare, Bach or Mozart, there is a pope or a monarch. Were these works directly profitable from a business sense as they were being created? Probably not. Do these works enrich the lives of many human beings from all around the world since their creation? Of course. I personally cannot imagine a world without the works of Beethoven, Molière or Da Vinci and I am extremely grateful that somebody allowed them to create such beautiful expressions of humanity.

But let’s use a more contemporary example; Cirque du Soleil started from nothing and is now worth around $2 billion. In the early ‘80s, the founders were a few unknown artists living in Baie-Saint-Paul with no rehearsal space. I am pretty sure Miss Erickson would have gladly described them as “walk like an Egyptian” “artsy fartsy” “cultural elites”, to use more of the colourful language she enjoys so much. But luckily, Guy Laliberté didn’t meet with Miss Erickson when he needed public support. He met with Québec Premier René Lévesque who took the time to listen. Thanks to a politician who had faith in culture, this little circus with no audience at the time became a highly successful international enterprise. But this didn’t happen in one day. It took many years of research, development, and trial and error which were at first not profitable.

Contemporary interpretive dance is not a commercial art form. In many cases such as Margie Gillis’, it is an intimate, personal journey, not meant to be shared in front of a huge audience, making profits more difficult to achieve. Does this mean this work shouldn’t be created? Certainly not. Artists like Margie inspire and enlighten many people on a very deep emotional, spiritual and intellectual level and act as ambassadors all over the world. They push and define the limits of imagination, research, difference, individuality, identity, language, humanity, compassion, criticism, connection, understanding, and beauty. Again, the fact that Miss Erickson cannot relate to any of it certainly says far more about her than the work itself. In fact, many artistic movements and creators were at first not appreciated by their contemporaries. For the longest time, jazz music had a very limited audience. Artists such as Van Gogh and Stravinsky, whose work is greatly appreciated nowadays, had very difficult beginnings. Many of the things we can enjoy today as “normal entertainment” would have been completely misunderstood just a hundred years ago. And that’s normal, as this is how humanity evolves. Should we stop artistic evolution just because it requires effort and personal exploration to fully appreciate it, especially knowing that this pattern (avant-garde works not being mainstream) has existed for centuries? Obviously no.

And of course, this pattern also exists in other fields. Take science for example. There is practical science which has clear direct function. And there is leading-edge research, which doesn’t necessarily have immediate results. But leading-edge research is the reason why diabetes treatments, X-rays and supersonic planes exist today. I don’t understand why artists are being publicly described as spoiled elitists when the government also supports the pharmaceutical industry, high-caliber sports or higher education. Everything is financed by the state. And everybody benefits from it. When an athlete competes on an international level, we’re all winners. When an artist like Margie Gillis presents her work internationally, the effect is the same.

I will conclude all this by quoting Laurent Simon who said, “The world that is coming scares the traditionalists, since its models are less controllable than the analysis of an economy centered around the classical schemes of production and return”. It is very saddening to see that this fear now results in aggressive, partisan and close-minded “journalism” on Canadian television. Let’s just hope that the world of tomorrow will be more respectful, wise, compassionate and, as opposed to Miss Erickson, willing to allocate a portion of the taxpayer money towards world peace.

“What is a cynic? A man who knows the price of everything and the value of nothing.” – Oscar Wilde

I would like to thank Nova Bhattacharya, Michael Caldwell, Alexandre Chartrand, Pierre Duhamel, Jean-Philippe Joubert, Simon Jodoin, Tara Gonder, Catherine Lalonde, Graham McKelvie, Nathalie Petrowski, Brian Solomon, Jean-Jacques Stréliski and William Yong who were all a great inspiration and help as I was writing this. And of course, heartfelt thanks to Margie Gillis for being such an incredible example of wisdom, kindness and strength to all of us.

In the meantime, what can you do?

1.Do not watch Sun TV and avoid visiting their website as they receive money from their sponsors each time you do so. But of course, this is inevitable if you want to see the interview mentioned earlier (http://www.sunnewsnetwork.ca/video/971454253001) or send them your complaints (http://www.sunnewsnetwork.ca/about-sun.html).
2.Write to your MP about extreme political propaganda and misrepresentation in the media.
3.Send your complaints to the CRTC (http://www.crtc.gc.ca/eng/INFO_SHT/G8.HTM). Complaints need to be filed within 4 weeks following the broadcast, so be fast!
4.Ask the CRTC to remove Sun TV from basic cable programming. As of now, it is regulated that Sun TV is included in basic cable, which means that your cable TV provider won’t be able to do anything if you ask them to remove this channel from your bundle. Sadly, even if you never watch it, Sun TV will still make money out of your pocket since you are paying for basic cable.
5.If Sun TV ends up not being under basic cable regulations, ask your cable TV provider to remove it from your bundle.
6.Learn your statistics, numbers, quotes and facts about the importance and the benefits of the arts in our society. Be prepared for heated discussions.
7.Remind people that artists are taxpayers too.
8.Share this letter or any other relevant information with as many people as you can.
9.Support the arts proudly and let the people around you know how important and enriching it is to do so.
10.Stay gracious, open, creative and compassionate. Example is the best teacher.

Next post One on One: Bob James still rings the fusion changes