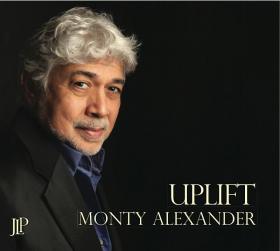 The town provides a picturesque and tranquil background for the jazz festival. Townies and tourists can stroll streets lined with art galleries and museums, antique shops, restaurants, and historic inns. The festival site is a beautifully restored art deco building.

The event kicks off on Friday, September 2 at 7:00 p.m. with passionate young trumpet star Dominick Farinacci. “This kid is 360 degrees!” says Quincy Jones. When Farinacci was just 17, Wynton Marsalis invited him to New York to perform on PBS. He then joined the inaugural class of Julliard’s jazz studies program. While in school, he toured Japan where he had a hit record. His many honors include winning the Disney “International New Star Award,” previously given to Diana Krall and Christian McBride.

Pianist Aaron Diehl is another young powerhouse and Marsalis protege. He joins his Julliard classmate Farinacci for a September 2 duo performance. Winner of numerous jazz competitions, Diehl is known for his distinctive interpretations of the music of Scott Joplin, “Jelly Roll” Morton, Art Tatum and Duke Ellington.

Returning to the event is 19-year-old alto sax phenomenon Grace Kelly. Her quintet is the second act on Friday night. Festival Artistic Director Monty Alexander says Kelly is “not an artist for jazz lovers only but one for the whole world.” Since age 12, Kelly has released seven full-length albums and performed over 500 concerts as a leader. The Berklee College of Music senior is hotly in demand at major venues such as the Montreal and Newport Jazz Festivals, Lincoln Center and Carnegie Hall.

On Saturday, September 3 at 4:00 p.m., the festival pays tribute to Monty Alexander’s longtime friend and collaborator, Charlie Byrd (1925-1999). Byrd thrilled American audiences with his jazz and classical guitar. His collaboration with Stan Getz in the 1960s helped ignite this country’s enduring love affair with bossa nova.

Najar will collaborate with accomplished vibraphonist and drummer Chuck Redd and Redd’s ensemble. Redd joined the Charlie Byrd Trio in 1980 at the age of 21, launching an international performing and recording career. He is featured on more than 70 albums. The Washington Post recently noted his “melodic sparkle,” while Jazz Times called his vibes work “exquisite!”

At 8:00 p.m. the Monty Alexander Trio takes the stage. A show-stopping performance is anticipated from this living master of jazz piano.

Born in 1944 and raised in Kingston, Jamaica, the largely self-taught pianist discovered his musical vocation after hearing Louis Armstrong and Nat “King” Cole in his hometown. His early career included recording sessions with Bob Marley’s first band, the Skatalites – artists who would transform reggae from a local folk music into an internationally beloved genre.

Moving to New York in the 1960s, Alexander landed a job as house pianist at Jilly’s, where he accompanied Frank Sinatra and other touring stars. Modern Jazz Quartet vibraphonist Milt Jackson introduced him to bebop legend Charlie Parker and brought him into the fraternity of jazz innovators.

For five decades, Alexander has toured the globe as a leader and sideman, successfully bridging the worlds of American jazz, popular song and Jamaican music. He has collaborated with vocalists such as Natalie Cole and Bobby McFerrin, and recorded a piano track for the score of “Bird,” Clint Eastwood’s biopic of Charlie Parker. In a recent recording, he returned to his musical roots by reinterpreting 12 Bob Marley compositions as jazz piano-centered arrangements.

The Monty Alexander Jazz Festival is presented by Jazz on the Chesapeake, a program of Chesapeake Chamber Music. The event is generously underwritten by Verizon, with additional support from private sponsors.

Individual ticket prices vary from $20 to $75 depending on the chosen concerts and seating. Discounted packages for the entire Festival or just the Saturday events are available. Prices are $95 to $150 for a Festival Pass, and $60 to $100 for a Saturday Pass. For tickets call 410-819-0380 or visit http://ChesapeakeChamberMusic.org/jazz.

Next post Videogames and Jazz: The National Jazz Museum in Harlem