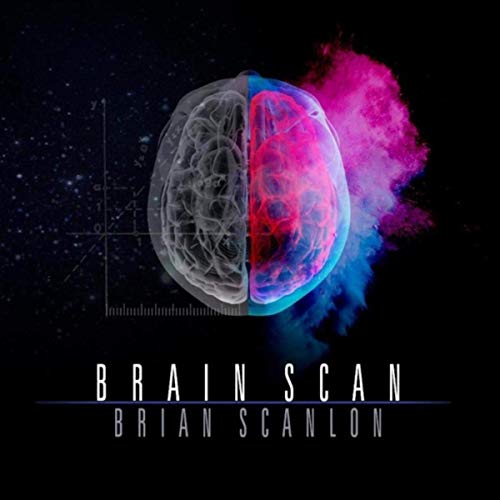 After a long and storied career, saxophonist BRIAN SCANLON is releasing his debut CD, BRAIN SCAN. Scanlon is a first-call studio musician. Over the past 32 years, he has worked on dozens of movies and television shows. He’s also busy working as a sideman on recording projects for some of the top names in jazz. But he is perhaps best known for his work with Gordon Goodwin’s Big Phat Band, for which he holds the first tenor sax chair. Scanlon has been a member of the band for 17 years, and his playing was featured on the band’s CD Life in the Bubble, which won a Grammy in 2015 for Best Large Jazz Ensemble Album. His solo on Goodwin’s iconic, “The Jazz Police,” is well known by many fans.

BRAIN SCAN is an auspicious “debut” recording that comprises eight original tunes by Scanlon plus the 1938 jazz standard “Harlem Nocturne.” The CD also features some of the top musicians on the jazz scene today.
Scanlon’s writing is stylistically diverse. His taste is broad, but he’s particularly drawn to Latin and funk grooves. A versatile musician who is a master on just about all saxes and woodwinds, Scanlon is adept at playing in any setting, from big bands to small combos. Already well-known among jazz afficianados, now, with the release of BRAIN SCAN, his many fans can appreciate his inspired, complex, and endlessly creative compositional skills as well.