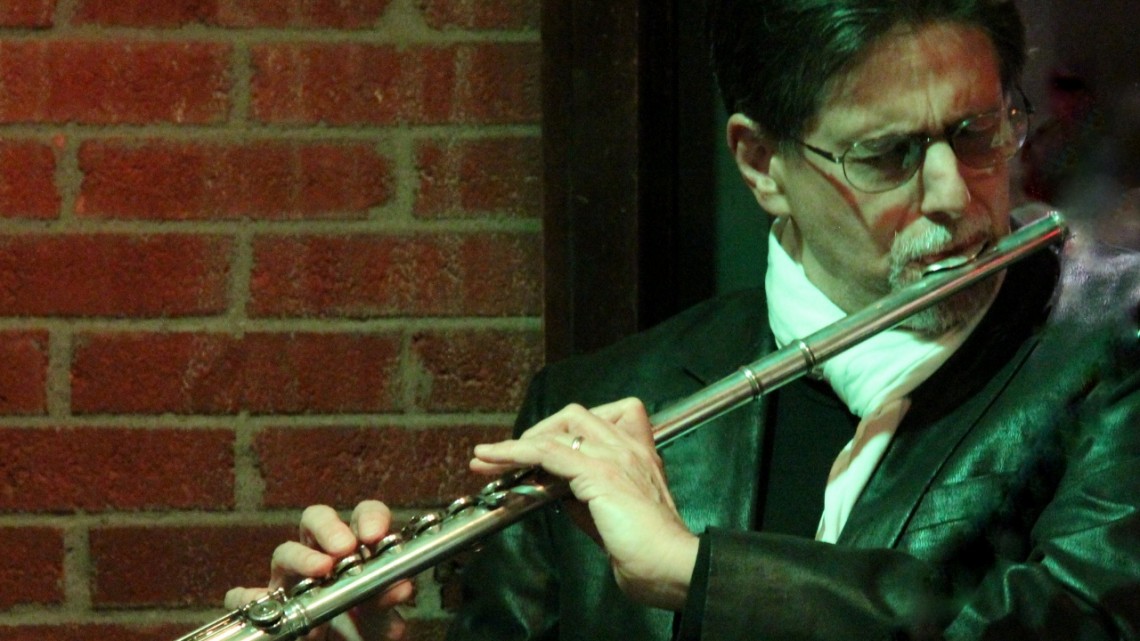 Known for their versatility and virtuosity, Bloom and Leighton will take the audience on a musical excursion from the salons of Vienna’s golden age to the jazz clubs of Manhattan.  The duo will perform chamber music by Schubert, Giuliani, Villa-Lobos and others, plus up-tempo jazz standards by legendary tunesmiths like Duke Ellington, George Gershwin, Hoagy Carmichael and Jerome Kern.

Peter and Mark have performed together for over 20 years, winning praise for superb musicianship and entertaining concerts spanning the classical and jazz traditions.  Peter Bloom’s playing has been called “a revelation for unforced sweetness and strength” (The Boston Globe), and he has been praised for “exquisite melody” and “hip, jazzy flute work” (allaboutjazz.com).   Peter is a veteran of Boston’s legendary Aardvark Jazz Orchestra, which will open its 42nd season this Fall.  Mark Leighton teaches at Colby College, and is well-known to music lovers in Maine and across the Northeast.  He studied with Sharon Isbin, Robert Sullivan, and David Leisner.

The concert will include the spectacular Grand Duo for Flute and Guitar by Mauro Giuliani, Prelude No. 1 by Heitor Villa-Lobos, and music by Franz Schubert and Jacques Ibert, together with crowd-pleasing jazz standards by such legendary tunesmiths as Duke Ellington, George, Harold Arlen, Dorothy Fields, George Gershwin, Hoagy Carmichael and Jerome Kern.

Mark Leighton is a classical and jazz guitarist known for his superb artistry and wide-ranging repertoire.  He has performed as a solo recitalist and ensemble player across the Northeast, appearing at venues such as Colby College, Corning Community College, Eastern Nazarene College, the Boston Museum of Fine Arts, the Isabella Stewart Gardner Museum, Boston’s historic King’s Chapel, Thomas Crane Library, Charlestown Public Library, Elmira College and many others.  Mr. Leighton is a regular member of Copley Chamber Players.  He serves on the Applied Music Faculty at Colby College, teaches at Eastern Nazarene College and St. George’s School, and served previously as Artistic Director of First Night Quincy.  A graduate of the New England Conservatory of Music, Mr. Leighton studied with noted guitarists Robert Sullivan, David Leisner and Sharon Isbin, among others.