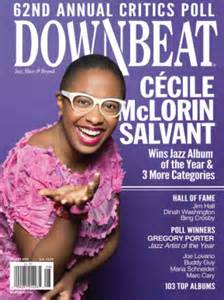 The busy, expanding, thoroughly-satisfying jazz scene in what is called the “Triangle” area of the Piedmont section of North Carolina (Raleigh, Durham and Chapel Hill) just keeps getting better and better. Who needs the New York or the D.C. jazz scene when everybody seems to be coming this way? The area can boast of several venues that present jazz like, C. Grace’s, Irregardless Café, Brasa’s, Sullivan’s and Bia in Raleigh; The Beyu Cafe, The Carolina Theatre (www.carolinatheatre.org), Motorco Music Hall, Blue Note Grill, Durham Jazz Workshop, Shed Jazz Club, Sharp Nine Gallery, Nzinga’s and the Hayti Heritage Center in Durham; and Piola’s, Weaver Street, The Station, The Second Wind, Looking Glass Cafe and The Arts Center in Chapel Hill/Carrboro. The scene is also enhanced by the music presented by the three main universities in the area: Duke University in Durham (Duke Performances, www.dukeperformances.duke.edu), North Carolina State University (NC State LIVE (www.live.arts.ncsu.edu) and The University of North Carolina at Chapel Hill (UNC-CH) (Carolina Performing Arts, www.carolinaperformingarts.org).

In addition, other area colleges and universities present live jazz and have outstanding jazz studies program and jazz ensembles. North Carolina Central University (NCCU) in Durham has nationally-acclaimed, award-winning jazz ensembles, under the direction of saxophonist, Dr. Ira Wiggins. They have performed at The White House twice and at The Montreux Jazz Festival in Switzerland. Durham resident saxophonist Branford Marsalis was recently an artist-in-residence at NCCU, and vocalist Nnnena Freelon, who also lives in Durham, has been featured at several of NCCU jazz events.

A good sign that the Triangle jazz scene is growing is the very pleasant emergence of organizations dedicated to jazz: The Art of Cool Project in Durham, The North Carolina Jazz Listening Group, and The Triangle Jazz Society, which has been around since 2005. In April 2015, The Art Of Cool Project presented an excellent three day concert affair that was a tremendous success that featured a host of all-star musicians, including Roy Ayers, Kenny Garrett, Robert Glasper, Marc Cary, Anthony Hamilton, Eve Cornelious, Avery Sunshine and others. The local music lovers are still talking about it and can hardly wait for the 2016 edition of The Art Of Cool Festival (www.aocfestival.org) to come around. The organizers recently announced that Terrence Blanchard and Dwele will head line next year’s edition, set for May 6-8, 2016. The area is also fortunate enough to have two 24-hour jazz radio stations, NCCU’ s WNCU-FM, Durham (which will be celebrating its 20th anniversary in 2015), and Shaw University’s WSHA-FM, Raleigh. Other radio stations, such as WCOM-FM, Chapel Hill-Carrboro’s community station, Duke University’s WXDU-FM, and UNC-CH’s WXYC-FM, also program jazz music. WXYC-FM , WNCU-FM and WSHA-FM have all held jazz concerts this past year.

This robust, contagious wonderful jazz activity makes for a jazz scene that is just as hip as any scene in the nation, or the world for that matter. Where else, can you hear radio stations playing the music day and night, experience live jazz in the clubs, colleges and the universities, and have an abundance of jazz studies programs in almost all of the area’s institutions of higher learning, including high schools? Jazz heaven maybe. This Triangle jazz community is enjoying jazz heaven very well. It also knows its jazz music and all will smile and be highly pleased with the upcoming, splendid, variety-packed 2015-16 jazz music season.

The fall jazz season gets started when The Fifth Annual John Coltrane Jazz and Blues Festival (www.coltranejazzfset.com), takes place, Labor Day weekend, (September 5 and 6, 2016) in his hometown of High Point, North Carolina, about an hour and half east of the Triangle area of the state. This year’s Coltrane festival edition includes David Sanborn, Earl Klugh, Poncho Sanchez, Lilah Hathaway, Snarky Puppy, Marcus Miller and others. Guitarist/vocalist George Benson is scheduled to come to the area, September 17, at The Carolina Theatre, Durham. On September 18, 2015, the veteran New York City-based 83-year-old drummer Billy Kaye is scheduled to be featured at The Wayne County Jazz Showcase (www.artsinwayne.org, in Goldsboro, North Carolina, about an hour south of the Triangle area of North Carolina, It will be the first time the Wilson, North Carolina native has performed in his home state in decades. On September 19, vocalist Betty Lavette is set to perform at Baldwin Auditorium, Duke University, Durham. The Fifth Annual Apex Jazz Music Festival (wwwapexjazzfset.com), in suburban Apex, outside of Raleigh, is scheduled to take place, September 19. 2015 with groups that include John Brown Band and Peak City Sound. The much-in-demand, hard-working vocalist Gregory Porter returns to Durham, September 24, 2015, with an appearance at Page Auditorium, Duke University. The following night, September 25, 2015, keyboard artist Bob James, is set to appear at The Carolina Theatre.

On October 3, 2015, Dr. John, is scheduled to perform, at The Carolina Theatre, Durham. That same evening, vocalist supreme Nnenna Freelon with Ciompi Concert No. 1, will be featured at Baldwin Auditorium, Duke University, Durham. The next night, October 4, 2015, award-winning pianist Chick Corea and banjo player Bela Fleck are set to appear at The Carolina Theatre, Durham. The famed, extremely-gifted South African legendary pianist Abdullah Ibrahim and Ekaya are scheduled to be at Baldwin Auditorium, Duke University, Durham, on October 16, 2015. One of the highlights of the Triangle North Carolina jazz fall season is bound to be the appearance of The Kenny Barron Trio, October 24, 2015, at the newly-renovated, historic Stewart Theater, North Carolina State University, Raleigh, North Carolina. Mr. Barron is as close to royalty as it gets and his swinging soulful distinct sound is pure pleasure to the ears. This event should draw a packed audience, of newcomers and connoisseurs. Five days later, on October 29, 2015, the first-class bassist Christian McBride and MacArthur Fellowship awardee bassist Edgar Meyer, will perform at The Carolina Theatre, Durham, North Carolina.

November includes what should be a hot night of Latin Jazz on November 16, with the smoking Cuban pianist Chucho Valdes and the hot, well-known band Irakere , appearing at Page Auditorium, Duke University, Durham, North Carolina. The next month, on December 3., 2015, saxophonist David Sanborn and his Electric Band is set to appear at The Carolina Theatre, downtown Durham, North Carolina. Later in December, 2015, The Carolina Performing Arts, University of North Carolina, Chapel Hill (UNC-CH), presents a holiday concert featuring Wynton Marsalis and the Jazz At Lincoln Center Orchestra, December 11, 2015, at Memorial Hall, on the campus of UNC-CH. The next night, December 12, 2015 should be a seriously hip one with the appearance of the much-heralded, highly-regarded female vocalist extraordinaire Cecile McLorin Salvant. She will be at Baldwin Auditorium, Duke University, Durham, for the very first time. The event should draw a capacity crowd, and should be a fun way to end the Triangle fall jazz season.

The spring season of jazz programing in the Triangle should start the new year of 2016 off with a righteous bang. It begins, January 22, with Chilean saxophonist Melissa Aldana, who won The Thelonious Monk saxophone competition in 2013. On February 5, 2016, Jason Moran and Bandwagon are scheduled to appear in Chapel Hill, North Carolina at UNC-CH. The Count Basie Big Band with vocalist Dianne Schurr is also set to be at Memorial Hall on UNC-CH’s campus on February 22, 2016. Almost three months after the Count Basie Band’s appearance, the Third Annual Art Of Cool Music Festival will be held in the spring in downtown Durham, North Carolina. What a treat that should be, with Terrance Blanchard and E-Collective leading the festive way!

Whew! What a fine, fruitful, uplifting jazz season 2015-16 looks to be in the Triangle area of North Carolina and one that will get better and better as time goes by. We’ve gone full circle. Jazz musicians used to leave the state. Now there coming back to the place where Trane, Monk Max, Nina and Percy were born. The music is alive and well in North Carolina and the proof is in the pudding. Viva the Carolina Jazz Connection!