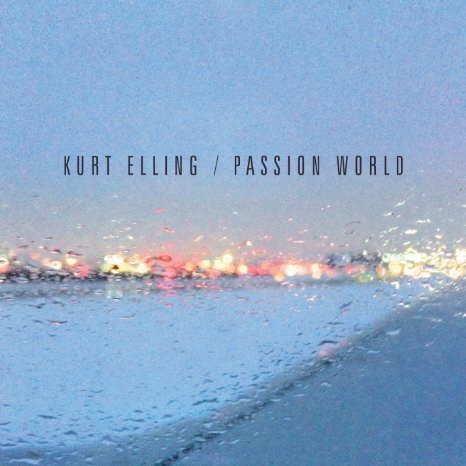 Stage performers know that they can capture their audience’s hearts and minds by choosing music that the host neighborhoods/cities/states/provinces/countries value. Shrewdly, Kurt Elling, during his world travels, sang, sometimes in the localities’ native tongue, music well known in the countries that hosted him. While in France, sing what the French sing. In Brazil, sing something in Portuguese that everyone in the audience knows. Scotland? No problem. Elling’s year of studying in Edinburgh provided insights about Scottish music that other non-native performances wouldn’t possess. These songs from attunement to global passions accumulated as separate opportunities, to be pulled out of Elling’s comprehensive knowledge of music, until he and accordionist Richard Galliano joined forces for a concert at Jazz at Lincoln Center. Then, Elling realized that these songs he learned in countries he had visited had attained the characteristics of a comprehensive theme. Pondering the songs’ attractions for native citizens and their similarities of emotions, no matter the origin, Elling found that they all involve descriptions of love. Indeed, music, coming from the heart, does describe subjects about which its musicians and singers are passionate, including love, play, beauty and the spirit.

Elling has been described as eclectic, and sure enough, his albums’ content has been unpredictable, the result of his abundant talent and his vast absorption of information. But knowledge, rather than eclecticism, is the key. Elling has the intelligence to remove extraneous elements and focus on those that are relevant to his endeavors, no matter how wide-ranging those elements may be.

Defying expectations, Elling foregoes soaring crescendos or choral effects or spoken word or intellectual references, techniques pertinent to material of different spirits on his other albums. With due respect for the cultures he honors, Elling sings music from seven countries without much embellishment.

That’s not to say that he doesn’t personalize the songs of Passion World.  Haunted by the melancholy and yearning and gentle resignation of Arturo Sandoval’s tune, “Bonita Cuba,” Elling put words to the separation of families and the wishes for familial reunion felt by Cuban-Americans. That song has attained heightened significance now that both countries, more quickly than ever thought possible, have started the facilitation of travel over the 90 miles that was forbidden until now. Elling added English lyrics to a Wynton Marsalis improvisation of the French song “La Vie En Rose,” even though he sings its first chorus in French. The overall combination of romance and suavity recalls This Time It’s Love, particularly its “The Best Things Happen When You’re Dancing” track. In addition, Elling provided words to Galliano’s composition, first entitled “Billie” after Billie Holiday. Upon the addition of lyrics, “Billie” became “The Tangled Road,” a song whose poignant melody indeed does invite singing.

Elling’s contributions of lyrics to some of the pieces provide him with thematic control of Passion World. Despite the cultural and language differences indicated by the songs, Elling, as one would expect, has connected them all with common denominators: specifically, the passions set in motion by love, real-world complications of loss and/or yearning, a resulting restlessness for escape and/or travel, and a nonetheless constant longing for home. Elling’s brief introduction to his thematic journey, “The Verse,” written by bassist John Clayton, sets the stage for the peripatetic circumstances that follow: “I always knew / I’d fall for the girl next door / To stay at home with love / Would be my great reward / My sorrow came when / She required more than the simple life /  So I guess it’s the road / For me and my dream / The search for a new loving home / This will be my only theme.” Again, we’ve heard these sentiments before, from the innocence of “Too Young to Go Steady” from This Time It’s Love to the foreshadowing “April in Paris” of The Messenger.

Lest there be any doubt that Elling intends to expand upon his initial theme, the song that follows, “After the Door,” immediately takes up where “The Verse” ends: “The road opens up tonight / Now that I am free / Colors flood my eyes  / And I can see / Home is just one scene / In a giant place…. / There’s a world of love and music / After the door.” Even the circumstances of writing the lyrics for “After the Door” support Elling’s themes. “After the Door,” a lyrical adaptation of Pat Matheny’s “Another Life,” came into being after Elling heard a Polish singer perform it as “Me jedyne niebo.” Elling’s talent for writing lyrics for jazz songs, as he did also for Metheny’s “Minuano” on Man in the Air, creates an expression of wonder and discovery and growth.

The irony of Passion World, of course, is that Elling expresses the importance of home for the people whose countries he visited, even as he is not at home himself. While Elling shows adaptability by singing popular tunes of other countries, and sometimes in their own languages, he is less open on Passion World to revealing his own passions that have excited listeners ever since Close Your Eyes was released. By showing due respect for the passions of others, he subdues his own. Nonetheless, Passion World is consistent with the force of Elling’s intellectual curiosity as he learns, absorbs and conveys the soulful meanings of other countries’ songs.

As a result of the complex production coordination for the album, Elling has been able to recruit participation from musicians and talent from around the world. In addition to Sandoval’s contributions, Elling, impressively backed by the Scottish National Jazz Orchestra in February 2014, sings the “Loch Tay Boat Song.” The track is embellished by a fluttering mid-song solo by saxophonist Tommy Smith—a reminder of the abundance of this Scottish jazz icon’s talent, from whom America hears too little. On Galliano’s lilting “The Tangled Road,” we hear German trumpeter Till Brönner, with melodic lyricism, interpret the song from his own perspective.

The range of Passion World extends from the classical style of Johannes Brahms’ “Nicht Wandle, Mein Licht” (representing Germany)—backed by the WDR Big Band and Orchestra with an unexpectedly disarming jazz solo by its pianist Frank Chastenier—to the pop sensibility of Björk’s “Who Is It” (representing Iceland) and U2’s “Where the Streets Have No Name” (representing Ireland, of course). Elling has recruited first-class arrangers for his performances, including guitarist John McLean for the latter two numbers, and sure enough, his accompanist of many albums, Laurence Hobgood, for “After the Door” and “The Tangled Road.” As a result, the tracks, though true to the spirit of the original songs, are adapted to Elling’s approach with slight stylistic variations, such as the addition of vocalist Sara Gazarek to perform the buoyant call and response of Elling’s brief version of Dorival Caymmi’s “Você Já Foi à Bahia?”

The fact that Elling has toured the world with his current band contributes to the seamlessness of the music, in spite of drawing from diverse cultural origins. And Elling continues to listen to even more of the world’s music. As mentioned in Passion World’s liner notes, Elling may release another album of songs from other countries since he “hasn’t even touched on music from the Middle East, Asia or Africa.”

True to his ever-present interest in combining poetry and music, Elling ends Passion World with a James Joyce poem that Irish composer, orchestrator and conductor Brian Byrne set to music. The poem asks, as does Elling in other words in “The Verse” at the beginning of Passion World, “Alas, why will you use me so?” Then, for another, the search for home starts again, perhaps as a lead-in to Passion World II. 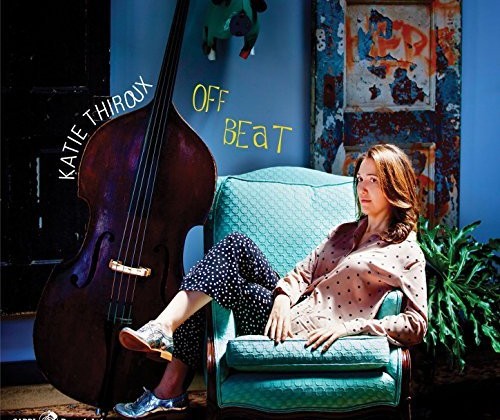