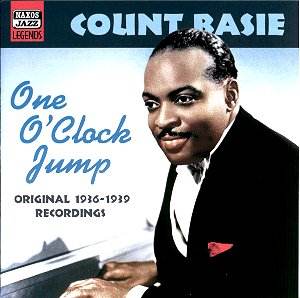 Admission free with Bash admission or $5 each for film show only.

DOOLEY AND SALES in ‘DOOLEY’S THE NAME’ (1929)
Francis Dooley and Corrinne Sales are seen here in a typical vaudeville act that blends comedy patter, songs, wild dancing and the inevitable catch-phrase (here it is, predictably, “Dooley’s the name — Dooley”). Bob Hope recalled when starting out his own two-act that “we knew our material had to be more sophisticated than the slapstick stuff that headliners Dooley and Sales were milking audiences with.” Sophisticated, Dooley and Sales was not. The couple was teamed at least as far back as 1914, but does not appear to have done much after then end of vaudeville.
OKLAHOMA BOB ALBRIGHT AND HIS RODEO DO FLAPPERS (1929)
The non-PC jokes aside, Albright headlines a three-act with a peppy dancer and a pianist (on the right) who worked for Irving Berlin. As the girls listed neither have the last name of Albright, it makes Oklahoma Bob’s somewhat uncomfortable familiarity with his “daughter” a little more palatable.
MEL KLEE, THE PRINCE OF WAILS (1929)

As with many blackface acts, Klee’s was not a black caricature at all, but simply a white performer using this greasepaint for effect — particularly the eyes. Records indicate this short was shot twice for reasons unknown, but the first version was released. In 1925, future Stooge Larry Fine, along with The Haney Sisters, joined Klee in a vaudeville act titled “At The Crossroads”.

HARRY FOX AND HIS SIX AMERICAN BEAUTIES (1929)
Alleged (and self-professed) inventor of the Fox Trot, Harry Fox had a long career on Broadway, in vaudeville, and as a recording artist for Columbia. He made several Vitaphones, invariably interpolating his bizarre whistling technique in each song. With the demise of vaudeville, his career rapidly waned, he turned to film work. His final screen appearance was in a bit in MGM’s “EASTER PARADE (1948).

THE GOTHAM RHYTHM BOYS (1929)
Playing pop tunes with Spanish, steel and tenor guitars, The Gotham Rhythm Boys were formed by a split-off group of the frequently recorded Four Aristocrats. That group made many 78s for Victor and even filmed a 1927 Vitaphone short. They stopped recording in 1928, so this short represents the first appearance of the reconstituted group. Following the opening of “My Wild Irish Rose”, the trio plays two contemporary pop tunes: “Building A Nest For Mary” and “Alabamy Snow”
CARLENA DIAMOND, HARPIST SUPREME (1929)

Literally following in the footsteps of her father, Jack, Carlena Diamond combines outstanding harp playing with dancing in order to make her act unique. Surviving Vitaphones of the period feature other multi-tasking vaudevillians, such as Sol Violinsky who plays the piano and violin simultaneously. To set themselves apart from the more than 30,000 acts in vaudeville at the time, performers had to have a gimmick, and Carlena certainly has one.
BORN AND LAWRENCE, THE COUNTRY GENTLEMEN (1928)

Popular enough to have made four Vitaphones in 1928 (only 2 survive), Born and Lawrence seem to have evaporated as a team by 1930. They have an odd semi-professional delivery that is nevertheless engaging and well-received by modern audiences. This one needs to be seen with a group. Probably the first sound film in which milk is imitated.

ARTHUR ‘PAT’ WEST in ‘SHIP AHOY’ (1928)
Frequently used in features by director Howard Hawks, and seen as the assistant director in “THE BANK DICK” (1940), Pat West worked in vaudeville alone as well as with his wife Lucille. His fast delivery bears a second listen on this short, and is a great example of how vaudevillians had to hone their act into a very tight 7 or 8 minutes. As vaudeville faded, West regularly appeared in bit parts in nearly 150 features, often as a waiter or bartender.
EDDIE WHITE in ‘I THANK YOU’ (1928)

A wonderful example of a forgotten known vaudeville act rediscovered through the restoration of a Vitaphone short. White has a charming and easy demeanor which blends pop tunes — expanded with ‘special material’ — and typical ethnic jokes of the period. He punctuates each song’s close with his catchphrase, “I thank you!”. He does not seem to have made any other films.
PROGRAM # 2 – 8:00 PM

JACK WALDRON in ‘A BREATH OF BROADWAY’ (1928)
Reportedly the originator of ‘one-liners’ and fast patter, Jack Waldron briefly became Shemp Howard’s partner in 1925 when he left his brother Moe’s act with Ted Healy. While this seems to be his only film appearance, he continued working regularly on Broadway in such shows as “The Pajama Game” and “Pal Joey”. His act in this Vitaphone is a delightful blend of fey humor, nut songs, and even a nice dance for the close.
FLORENCE BRADY in ‘A CYCLE OF SONGS’ (1928)

A true “personality singer”, Brady’s picture appeared on countless pieces of sheet music for songs she introduced, such as “Lovin’ Sam, The Sheik of Alabam”. In addition to touring in vaudeville, she also appeared in the 1926 edition of “Earl Carroll’s Vanities”. After what appears to be a tentative start in this Vitaphone, she quickly warms up and closes with an animated version of “Here Comes The Showboat”. She made a second Vitaphone, “CHARACTER STUDIES” for which film but (so far) no soundtrack disk is known.

JOE FRISCO in ‘THE SONG PLUGGER’ (1930)
Frisco was in the top tier of vaudevillians, frequently playing revues and the Palace and getting top dollar. An outstanding eccentric dancer, Frisco also did a stuttering act which he seems to have tempered when talkies arrived. An inveterate gambler, Frisco was frequently broke in later years, with friends like Bing Crosby throwing him radio work. An entire book on Frisco was recently published, overflowing with anecdotes of the witty performer’s adventures. He made several talkies, including THE HAPPY HOTTENTOTS (1930) contained in “THE JAZZ SINGER” 3 DVD set. His feature, THE GORILLA (1930), seems to have vanished.
VAL HARRIS AND ANN HOWE in ‘THE WILD WESTERNER’ (1928)

Although only in his forties when he made this filmed record of his vaudeville act, Val Harris was already specializing in playing old codgers with a yen for flappers. He was still playing the same kind of role when he appeared in the 1935 Andy Clyde Columbia two reeler ‘OLD SAWBONES”.
FRANK WHITMAN, THE SURPRISING FIDDLER (1928)

Only vaudeville could have created a risque violinist! Whitman clearly had perfected this act well, with every leer, wink and eyebrow rise perfectly timed. His big finish likely would have ben banned after the 1934 Production Code.The June, 1906 Dramatic Mirror shows Whitman as “The Dancing Violinist”, and by 1926 his Loew’s Circuit billing was “The Fiddler of Infinite Surprises”

HARRY FOX AND BEE CURTIS in ‘THE FOX AND THE BEE’ (1929)
For his second Vitaphone, Fox teamed with his then-wife Beatrice Curtis. He had married his first wife, Jenny Dolly of “The Dolly Sisters” in 1914. After divorcing Beatrice in 1934, he married film actress Evelyn Brent. While performing on Broadway in Ziegfeld Follies and other revues, Fox had starred in the 15 episode silent serial “BEATRICE FAIRFAX” (1916) opposite Olive Thomas.

WHAT A LIFE (1930)
Beginning in 1929, Vitaphone created a number of musical shorts, some in color, based on different themes. Their “MODERN BUSINESS” (1930) focused on a musical clothing store, and this one addresses making prison more enjoyable. It was a way to squeeze several unrelated acts into a single short with the slightest of plot lines. The idea was later expanded to two reels in “TWENTY THOUSAND CHEERS FOR A CHAIN GANG” (1933). This short was directed by John Adolfi, who helmed nearly 75 films, including seven George Arliss features.

BROWN AND WHITAKER in ‘A LAUGH OR TWO’ (1927)
Fast-talking, wise cracking Russ Brown maintained that persona from his beginning in vaudeville, through dozens of movie shorts and features, and finally on Broadway in “DAMN YANKEES”, for which he won the supporting actor Tony Award. His singing of “You Gotta Have Heart” brought down the house, and is preserved in the 1958 film version. Here, the personality is polished, even if some of the jokes bounced off partner Jean Whitaker aren’t.

CONLIN AND GLASS in ‘SHARPS AND FLATS’ (1928)
One of the wildest and freeform Vitaphone acts ever, the married team of Jimmy Conlin and Myrtle Glass almost seem to be making it up as the went along. But they weren’t. In vaudeville, this routine was titled “Morning, Noon and Night”, the tune Myrtle unsuccessfully tries to sing. Conlin became a prolific character actor in movies, and was in most of Preston Sturges’ features.
_____________________________________________________________________________
Between 1926 and 1930, the Vitaphone short subjects division of Warner Brothers produced over 1000 one and two-reel sound shorts with the sound-on-disc process. By March, 1930, even Warners switched to the simpler, more mobile and editable sound-on-film “Movietone” process still used today. The majority of the one-reel “Vitaphone Varieties” produced during this period were straight recordings, without cuts, of vaudeville, operatic, comedy and band performers. As such, surviving shorts offer a rare glimpse into exactly how an act appeared on stage during its heyday. Such performers as Burns & Allen, Ruth Etting, Spencer Tracy, Lyda Roberti and Jack Benny made their screen debut in this series.

The Vitaphone Project was founded by record collectors and film buffs in 1991 to seek out missing soundtrack discs and mute film elements of 1926-30 talkies. To date they have uncovered over 3500 discs in private hands worldwide and have participated in over 140 shorts and 12 feature film restorations. For more info, visit www.vitaphoneproject.com

Previous post Richmond Hill resident and drummer Anthony Fung has been selected to the Next Generation Jazz Orchestra.