Ray Bryant Passes at 79: Toronto was a great hang for this world traveler. 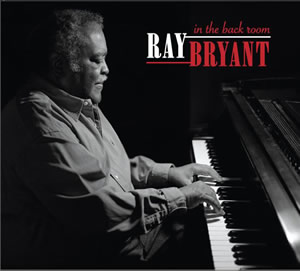 It’s truly sad when a person whose music has played as background to your life passes. Ray Bryant was there for many of us looking to hear jazz with a blues flair and catchy themes. Bryant spent several years hanging around Toronto during the late nineteen eighties. I got to know him and found him positively engaging. He’d drop in to watch a local jam session and hang through the evening then fly off the next day to Japan or Berlin. This was a man on the go. I’ll never forget the session with Betty Carter recorded in 1955 when two new voices arrive with impact. Bryant, Gene Harris, Ahmad Jamal, Junior Mance all shined at about the same moment. The piano jazz based trio ruled. It was the golden era for small intimate trios who played the groove for the people. Bryant was 79 when he passed away June 2, 2011.

Ray Bryant began playing the piano at the age of six, also performing on bass in junior High School. Turning professional before his age of majority, Bryant has accompanied many other leading players such as Miles Davis, Sonny Rollins, Melba Liston, and Coleman Hawkins, as well as singers Carmen McRae and Aretha Franklin. From the late 1950s, he led a trio, performing throughout the world, and also worked solo. In addition, he is a noted Jazz composer, with well-known themes such as “Cubano Chant,” “The Madison Time,” “Monkey Business,” and “Little Susie” to his credit.

The musicians Kevin Eubanks, Duane Eubanks, and Robin Eubanks are his nephews. His brothers are the bass player Tommy Bryant (May 21, 1930 – March 1, 1982) and Len Bryant, who plays drums and is also a singer.

Next post Jazz Season and the Fine Art of Photography