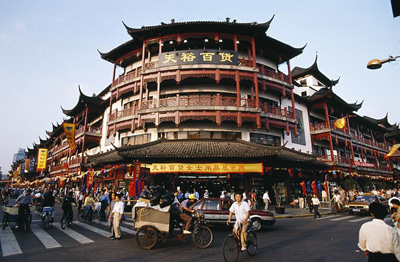 MONTREAL, June 3, 2011 /CNW Telbec/ – Telefilm Canada is pleased to announce that, for a second year running, the Canadian participation at the Shanghai International Film Festival will pay tribute to our industry’s vitality and creativity. The events include: Focus Canada, which showcases 10 feature films from June 11 to 19, and on June 13, a day-long celebration of Canadian cinema featuring, among other activities, a screening of Denis Villeneuve’s Incendies and the participation of directors, producers, actors and other representatives of the Canadian industry.

Telefilm Canada and the Société de développement des entreprises culturelles (SODEC), in partnership with the Canadian Consulate General in Shanghai, are taking part in the 2011 Shanghai International Film Festival to promote Canada’s film talent and to support companies seeking to break into this market and develop their international business affairs.

“Shanghai is an essential gateway to the Asian market,” said Telefilm Canada’s Executive Director, Carolle Brabant, who will be attending the Festival. “In keeping with our corporate plan, which aims to stimulate demand for Canadian content in Canada and abroad, we will push to promote Canadian companies and talent so this event yields concrete cultural, industrial and commercial results.”

“Having had the pleasure of getting to know Shanghai for many years now, I am delighted that the citizens of Shanghai will have access to Quebec cinema,” said François Macerola, SODEC’s President and CEO. “Quebec and Shanghai have had a close, longstanding relationship, one that I hope will continue for many years to come and allow us to forge a real and truly vibrant cultural dialogue.”

All the Canadian films being screened through Focus Canada received funding from the Canada Feature Film Fund, administered by Telefilm Canada. Also worth noting is that the Shanghai International Film Festival will help boost the careers of several films that will receive their world, international or Asian premieres at the Festival.
On the topic of Canadian films at the festival, Lijun Tang, Executive Director of the Shanghai International Film Festival, made the following highly positive statement: “I am really pleased that 10 high-quality Canadian films will be screened via Focus Canada at this year’s festival, its 14th annual edition. It is wonderful to see that Canadian films are becoming more and more popular with Chinese audiences, especially here in Shanghai. I am certain that programs such as Focus Canada stimulate business relations between Canadian filmmakers and the Chinese movie industry by allowing representatives from both industries to better know one another and to pave the way for future collaboration.”

The day-long celebration of Canadian cinema at Shanghai will be held June 13. Notable activities will include a news conference with Chinese media, organized by the festival, a networking event for the news media and the industry organized by Telefilm Canada with support from the Société de développement des entreprises culturelles (SODEC) and the Canadian Consulate General in Shanghai, and a ceremony at the Shanghai Film Art Center prior to the screening of Denis Villeneuve’s film Incendies. Carolle Brabant, Executive Director of Telefilm Canada, as well as Laurent Gagliardi, Content Director at the Société de développement des entreprises culturelles (SODEC), will actively participate in these events.

Telefilm will help raise the visibility of the Canadian contingent at Shanghai through a microsite (www.canada-shanghai2011.ca) offering trailers of the Canadian films and an online newsroom featuring a Twitter feed and photos from Shanghai. A teleconference for Canadian news media, attended by Canadian guests present in Shanghai, will be announced shortly.

Next post Ray Bryant Passes at 79: Toronto was a great hang for this world traveler.