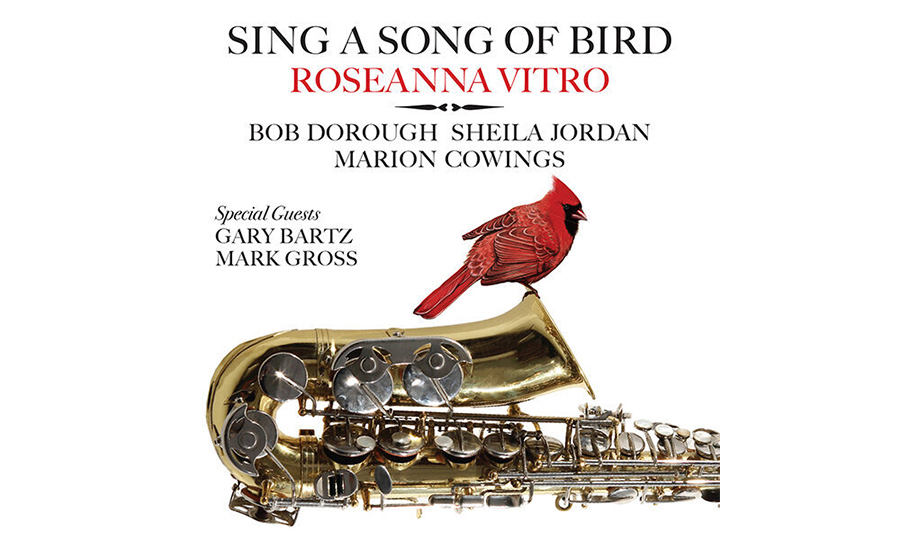 SING A SONG OF BIRD is a collaboration of four New York jazz vocalists who are passionate about Charlie Parker’s music and have rendered new lyrics to six of his compositions. This is the 15th recording for Grammy-nominated vocalist ROSEANNA VITRO, who conceived and guided this project but chose not to sing on every tune. Instead, she hands the microphone to her mentors, bebop jazz legends BOB DOROUGH, SHEILA JORDAN and MARION COWINGS, each of whom take solo turns with their own unique and soulful interpretations on several compositions by Bird.

SING A SONG OF BIRD is a celebration of Bird’s music. It is a special recording that goes beyond being a mere tribute album. Dorough was 94 and Jordan was 89 when they recorded the album. Their status as jazz legends is uncontested. Dorough is no longer with us, but Jordan is still going strong, with a busy schedule and performances all around the world. You can find Cowings performing around NYC as well. And, of course, we are very lucky to have Vitro still making music and dedicated to exploring new avenues of creativity, as she will for years to come.