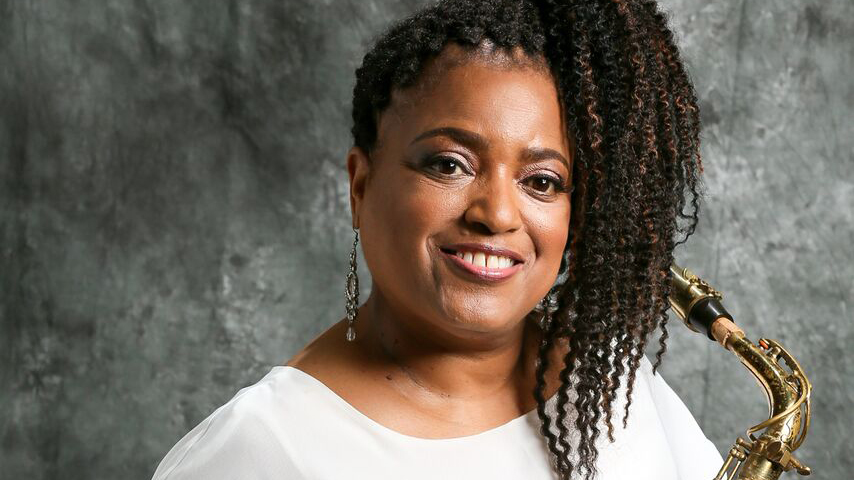 First Single “Prayer of Jabez” is a Tribute To Marvin Gaye, Whom She Toured with for 4 Years

Wilmington, DE: As a highly-regarded, in-demand composer, vocalist and jazz soloist who plays soprano, alto and baritone saxes, flute, and clarinet, Fostina Dixon has been honing her craft for decades as a guest soloist with Abbey Lincoln, Barry Harris, Earl May and the Big Apple Jazzwomen. Known for her elegant mesmerizing phrasing, she has also played with Prince, Gil Evans, Roy Ayers, Tom Browne, Charlie Persip, Melba Liston, Cab Calloway, Slide Hampton, Frank Foster, Joe Williams, Nancy Wilson, Bobby Vinton, Sammy Davis, Jr., and Marvin Gaye, with whom she toured with for four years in the late 70s/early 80s. She was also a member of the Gerald Wilson, Jimmy Cleveland and Leslie Drayton big bands, and, most recently, joined trumpeter Arnold Hutt for a special celebration concert for former Vice President Joe Biden upon his return home to Delaware after leaving office.

Much like Mr. Biden, Ms. Dixon proudly represents the great state of Delaware. As a young woodwind instrumentalist she excelled with the Delaware All-State Band before going on to study with Frank Foster, Buddy Collect, Vic Morosco, Joe Viola, Andy McGhee, William Bowie, and the late Robert “Boysie” Lowery. Expanding on her studies as a protégé, she received a Fine Arts degree from California Institute of the Arts and a Masters in Education from Wilmington University, which led to teaching tenures at various schools in Wilmington. She currently teaches Music Appreciation and Chorus at a local middle school and is Adviser Emeritus of the Wilmington Youth Jazz Band (WYJB).

During her storied career, she has worked on and/or appeared on popular TV shows such as “NY Undercover Cop” series, WNYC’s “Perspective in Jazz,” NBC’s “Today in New York” (with Dr. Billy Taylor) and the special presentation, “Salute to Bobby Vinton.” She has also performed in the Musical Theatre Works production, “All Girl Band” and Playwrights Horizon production of “Jazz is a Lady.” Additionally, she has showcased at the Women’s International Film Festival in New York City and “Sisterfire,” a festival in celebration of women artists sponsored by the Flamboyant Ladies Theatre Company.

Last year, Dixon released Here We Go Again, an uplifting collection that elegantly blends contemporary jazz, gospel, funk, and R&B. It’s a thoroughly engaging journey that seamlessly transports the listener with spiritual-like soundscapes. On the title track, she adds a lead vocal set against exquisitely layered harmonies, while on “Prayer of Jabez,” a tribute to Marvin Gaye, she adeptly showcases her virtuosic flair juxtaposing melody and improvisation. Sonically, the 7-song compendium of Again is a musical tour du force with “Bless the Name of Jesus” and “Prayer of Jabez” presented in two parts, the full-length version paired with a subsequent reprise in the form of a vamp.

“She is a player of impeccable control and skills with… highly independent ideas.” American Women in Jazz