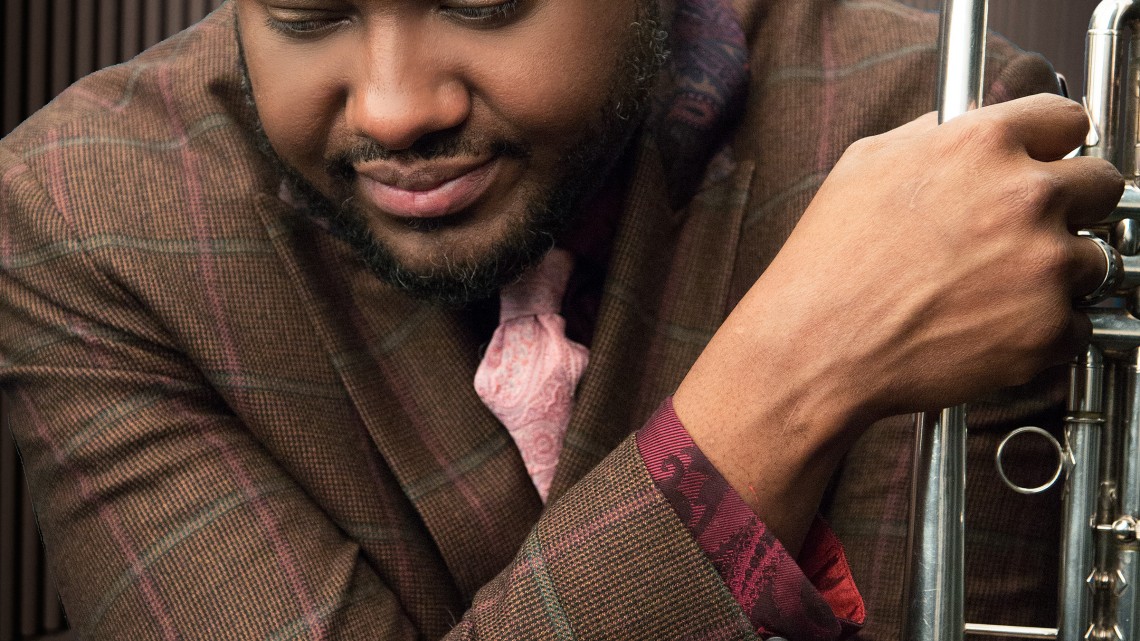 SFJAZZ announces a new lineup of its award-winning all-star octet, the SFJAZZ Collective – trumpeter Sean Jones is replacing long-time member and trumpeter Avishai Cohen. The SFJAZZ Collective is an all-star award-winning jazz ensemble comprising eight of the finest performers and composers at work in jazz today. Launched in 2004 by SFJAZZ, the Collective has become one of the most exciting and acclaimed groups on the jazz scene. The SFJAZZ Center in San Francisco is the group’s home base.

Jones joins the SFJAZZ Collective as the group prepares for a 2015 Fall Tour and 2016 Spring tour devoted to each member’s arrangements of the music of Michael Jackson and new original compositions.

For the remarkable composer, trumpeter, educator, and activist Jones, the pursuit of jazz is a most serious endeavor. Deeply influenced by his immersion in Gospel music in the church as a youth, Jones had an epiphany at the age of 19 while he was a student at Youngstown State University. The awakening was his first hearing of the magnificent John Coltrane’s masterpiece, A Love Supreme. After receiving his Master’s Degree from Rutgers University, Jones performed a six-month stint with the Lincoln Center Jazz Orchestra. Wynton Marsalis offered him a permanent position as lead trumpeter and Jones remained there until 2010, also participating in two recordings. During those years, Jones started touring and performing regularly with his own ensembles and began his longtime relationship with Mack Avenue Records, for whom he released his seventh recording last year.

Education is also a major element in the trumpeter’s ongoing activities. Shortly after joining the JLCO, he began teaching at Duquesne University in his adopted hometown of Pittsburgh, where he served as Associate Professor of Jazz; Jones also served as Professor of Trumpet at the Oberlin Conservatory of Music for some time. In addition, master classes and clinics are a regular part of his activities, providing more than a dozen annually around the world. He also serves as Artistic Director of both the Pittsburgh and Cleveland Jazz Orchestras. In 2014, Jones joined Berklee College of Music as Chair of the Brass Department and maintains the position as he tours year-round.

In addition to its outstanding line-up, the SFJAZZ Collective has been praised for its innovative approach to repertoire. Each year, the ensemble performs a new list of compositions by a modern jazz master and new pieces by the Collective members (commissioned by SFJAZZ). Through this pioneering approach, simultaneously honoring jazz’s recent history while championing the music’s up-to-the-minute directions, the Collective embodies SFJAZZ’s commitment to jazz as a living, ever-relevant art form.

To cultivate its distinctive sound, the SFJAZZ Collective each year convenes at the SFJAZZ Center in San Francisco for a multi-week residency. Throughout this extended rehearsal period–a rarity in today’s jazz–the octet workshops the season’s new repertoire and interacts with the Bay Area community through SFJAZZ’s education programs for youth and adults. The Collective then takes to road.

April 8, Carmel Center for the Performing Arts, Carmel, IN