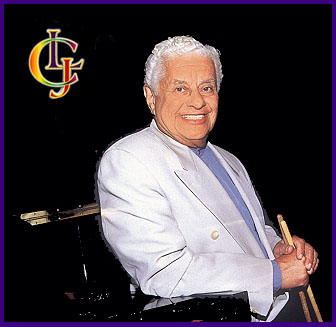 The Tito Puente Latin Music Series kicks off Thursday, June 30 at Mozart Park in Jamaica Plain, then moves to Mission Hill/Sheehy Park on July 7, and O’Day Park in the South End July 14, 21, and 28. The series moves to City Hall Plaza on July 30 for Mayor Thomas M. Menino’s Caliente! concert celebration before concluding at the East Boston Greenway Caboose on August 4.

The free concerts are from 7:00 to 9:00 p.m. Call 617-927-1707, or visit berklee.edu/events/summer for information. All locations are wheelchair accessible. The O’Day Park concerts move inside to Villa Victoria Center for the Arts when raining. All others are canceled with no rain dates.

Tito Puente Latin Music Series is presented by Berklee College of Music, Villa Victoria Center for the Arts, ParkARTS, and the Mayor’s Office of Arts, Tourism and Special Events. The series is part of Berklee’s Summer in the City, which features over 80 free outdoor concerts throughout the Boston area from May to September. As presenting sponsor of the 2011 concert series, Natixis Global Asset Management is committed to preserving cultural experience through the power of music.

Originally from the Dominican Republic, Angel Wagner began his career playing with a cheese grater and fork. By age 11, he was on tour with a professional merengue band, performing in Miami and at Madison Square Garden, in New York. Warner has performed with such groups as Aramis Camilo, Orquestra Cafe, Luis Ovalles, and Manguito. Wagner formed Grupo Fantasia in 1993 with musicians from all around the world.

Ray González has dedicated himself to salsa and Latin jazz for over 35 years as a professional arranger, composer, and conductor. Born in Puerto Rico, he attended the Conservatory of Music and the University of Puerto Rico. González has played and recorded with Tito Puente, Charlie Palmieri, Kako, Giovanni Hidalgo, Charlie Sepúlveda, Ismael Rivera, Ray de La Paz, the Puerto Rican Power Orchestra, and many others.

Dominican-born vocalist Milly Quezada, “the Queen of Merengue,” has won multiple Latin Grammy Awards, as well as several Billboard and Univision Premio Lo Nuestro awards. In the 1970s and 80s, her band Milly Jocelyn and Los Vecinos scored hits with “La Guacherna,” “Volvio Juanita,” and “Tengo.” Ritmo Masacote is a 12-piece salsa, timba, and Latin jazz orchestra composed of some of Berklee’s most talented students and alumni and Boston’s finest musicians. Founded by composer/pianist Joel Massicot, the orchestra was created to merge various components of music and dance.

La Cumbiamba eNeYé is an ensemble that blends traditional instruments from Columbia’s African diaspora, and the sounds of its indigenous and European cultures. The group, which performs both as a quintet and 10-piece band, is renowned for their vast repertoire of cumbia rhythms and lively performances.

The Tito Puente Latin Music Series is part of the 2011 Berklee Summer in the City series. Presented by Natixis Global Asset Management, the series features over 80 free musical performances by Berklee faculty, students, and alumni in the Boston area and beyond. For more information on Berklee Summer in the City and to find out if Berklee artists are performing in your neighborhood, visit berklee.edu/events/summer.

The Mayor’s Office of Arts, Tourism & Special Events (MOATSE) is responsible for advancing the arts, tourism, and culture in the city of Boston by providing advocacy, support, and promotional and technical assistance, and by producing special events and public celebrations that reflect the city’s rich diversity.