Steve Wilson Featured on NY-1 TV, as he Records Live Album at The Village Vanguard with Wilsonian’s Grain 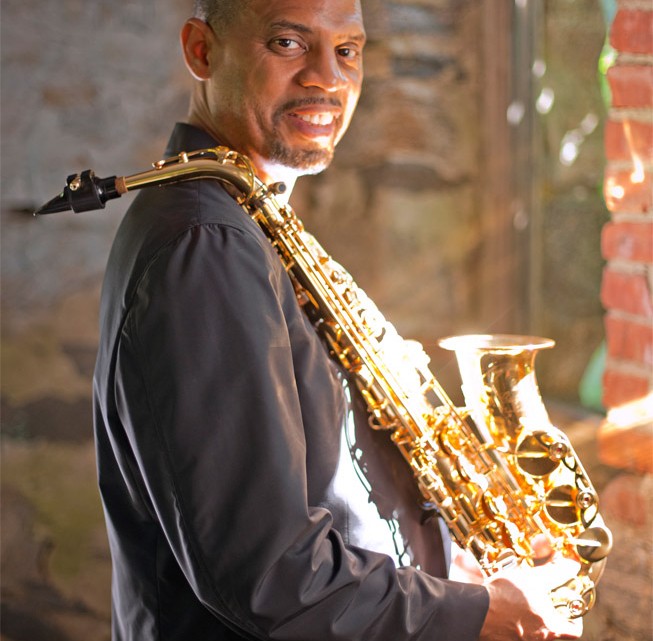 TIME OUT NY: “As close to a guarantee of quality as you’ll ever find”

Acclaimed jazz saxophonist Steve Wilson was interviewed on NY-1 TV News in conjunction with a recent stint at the famed Village Vanguard in New York. During the late-May concert stretch, Wilson recorded a long-awaited live album at the Vanguard, accompanied by his core band ‘Wilsonian’s Grain’ with Orrin Evans, Ugonna Okegwo and Bill Stewart. This was the group’s third visit to the Vanguard, and a fourth engagement is in the works for early next year to coincide with the release of the live album (date tbd).

Wilson talks about the upcoming live album, which is likely to emerge as a career-defining classic: “I’m excited to be doing this recording that will document a number of firsts for me: first time doing a live recording as a leader, first time recording in the historic Village Vanguard, and first time to record Wilsonian’s Grain. I love working with these great friends whose creativity and music making are always a thrill ride for me and the audience.” Steve Wilson

Time Out NY Color Photo Critic’s Pick: “Whether he’s the leader or a sideman in a given situation, seeing Steve Wilson’s name on a jazz bill is as close to a guarantee of quality as you’ll ever find. He’s leading an especially badass band in his latest stint at the Vanguard, with Orrin Evans, Ugonna Okegwo and Bill Stewart joining him on the stand.” http://www.timeout.com/newyork/music/steve-wilson-wilsonians-grain

Nate Chinen of The NY Times noted, “The alto and soprano saxophonist Steve Wilson combines economy and modernity in his playing, as a sideman or a leader.”

In addition to the pending Live at the Village Vanguard album, Wilson, known as an acclaimed bandleader, in-demand sideman, educator, jazz historian, critics’ favorite and all-around good guy, has confirmed plans for an August 5th release of a new duo album with his long-time colleague, Lewis Nash. The duo album was recorded at Manchester Craftsmen’s Guild in Pittsburgh – watch a video preview, here: http://youtu.be/atT_9tCzuAU

Wilson and Nash have a long history of collaboration. Wilson comments: “From the first time I heard Lewis I wanted to play with him, which didn’t happen until a few years after. We hear rhythm and melody much the same, so it’s like two people playing with one brain. Our performances are like flying without a net and we constantly surprise even ourselves, but it’s as natural as breathing. This duo is an entity, not a novelty or diversion, and those who have heard us really get that.”

Nash adds: “I played in a saxophone and drums duo setting back in the late 70’s and always wanted to revisit that context. I had not encountered the right “kindred musical soul” to do it with though, until I met Steve Wilson. We have very similar conceptions of rhythm, melody, phrasing, shape and dynamics. In fact, so many spontaneous and simultaneous musical moments happen when we play that I’m often laughing during our performances! It’s always a joyful experience when we make music together.”

“There are only a select few musicians that have the musicianship and historical context to sustain a full program with just sax and drums. Working with Lewis and Steve on this unique project fits perfectly with the mission of MCG Jazz to showcase and bring the finest Jazz Music to the public eye.” Marty Ashby, VP & Executive Producer, MCG Jazz

Other upcoming highlights in Wilson’s busy schedule include:
-Wilson will be a faculty member of the Brubeck Institute Aug 2-9, the summer session is taking place at Sierra Nevada College in Incline Village, NV on Lake Tahoe.
-Aug 27-30 he is looking forward to being a part of Maria Schneider’s next recording.
-Sept 1-7 he travels to China and Japan with the Christian McBride Big Band.
-On September 20th he returns to the Monterey Jazz Fest performing with Billy Childs, playing music from his upcoming SONY Music release featuring Childs’ arrangements of the music of Laura Nero.
-Sept 25 – Oct 5 Wilson will be touring Japan with up and coming Japanese pianist Kyoko Oyobe.
-Oct 9 – 12, WiIson returns to Jazz Standard in NYC with his quintet Special Edition II with George Cables, Larry Grenadier, Alex Sipiagin, and Ulysses Owens.
-Oct 17 a CD celebration of Duologue with Lewis Nash at the Side Door in Lyme, CT.