Creator and innovator, musician and producer, artist, entrepreneur and philanthropist; Herb Alpert is a man with a profound passion empowering his every endeavor. He makes his return to Café Carlyle along with his wife, GRAMMY® Award-winning vocalist Lani Hall, in a two-week run of shows, March 10-21. The pair arrives with the New York premiere of all-new show following the release of Herb’s latest album, In The Mood (Shout! Factory, September  2014), which premiered at #2 on Billboard’s Traditional Jazz chart. Stephen Holden of The New York Times praised Herb’s previous Café Carlyle engagement, “The festive sound of Herb Alpert’s trumpet is instantly recognizable and always welcome.” At Café Carlyle, Herb Albert and Lani Hall will be joined by their accomplished band featuring Bill Cantos (piano), Hussain Jiffry (bass) and Michael Shapiro (drums).

After winning his ninth Grammy in 2014 and being honored by President Obama with the National Medal of Arts in 2013, “trumpet legend” (Wall Street Journal) Herb Alpert’s new album, In The Mood, sees Alpert playing a diverse array of standards and originals. When talking about his recent success, Alpert remains humble. “Making music is a natural thing for me to do,” he says. “I love melodies from standards and I try to present them in a different way that hasn’t been heard before.” In The Mood is a pop jazz album which opens with Glen Miller’s classic, “Chatanooga Choo Choo,” and closes with “America The Beautiful,” where Alpert employs percussion from all seven continents to “reflect the melting pot” of the United States.

As a solo artist and as the leader of the Tijuana Brass, he has sold over 72 million records, and placed 28 albums in the Billboard 200, including five #1s. He has scored 14 platinum and 15 gold albums, and is the only artist ever to reach #1 on the Billboard Hot 100 as both a vocalist and instrumentalist. At one point Alpert and the Tijuana Brass simultaneously had four albums in the Top 10.

Aside from his impressive career as a musician, he and his partner, Jerry Moss, founded A&M Records, which was the largest independent record company in the world, and in 2006 they were inducted into the Rock and Roll Hall of Fame. An acclaimed painter and sculptor with work in the permanent collection at MOCA in Los Angeles, with gallery shows and public art that has been shown around the US and Europe. His upcoming NYC exhibit with Richard Mayhew, Harmonic Rhythms, is on display at ACA Gallery (529 West 20th Street, 5th Floor) from February 19 through April 4. Alpert is also a Tony Award–winning producer (Angels in America), and a philanthropist who has donated over $130 million towards arts education through his Herb Alpert Foundation.

Grammy® Award–winning singer Lani Hall rose to fame in 1966 as the lead singer of Sergio Mendes’ group, Brasil ’66. Brasil ’66 was signed to A&M Records by the co–founder of the label (and Lani’s future husband), Herb Alpert. Lani has the distinction of recording more than 22 albums in three different languages, four alongside her husband, and in 1983, she sang the title song for the James Bond film, Never Say Never Again. Lani will release her first audio book, an intimate collection of short stories, Emotional Memoirs & Short Stories, in early 2015.

About Café Carlyle at The Carlyle, A Rosewood Hotel

Originally opened in 1955, Café Carlyle is New York City’s bastion of classic cabaret entertainment, a place where audiences experience exceptional performers at close range in an exceedingly elegant setting. Since composer Richard Rodgers moved in as The Carlyle’s first tenant, music has been an essential part of The Carlyle experience. No place is that more evident than in the Café Carlyle.

Café Carlyle is known for talents including Woody Allen, who regularly appears on Monday evenings to play with the Eddy Davis New Orleans jazz band. For three decades, Café Carlyle was synonymous with the legendary Bobby Short, who thrilled sell-out crowds for 36 years. His spirit lives on through the music at Café Carlyle.

Next post Don't Miss These Jazz Shows at The Ridgefield Playhouse! 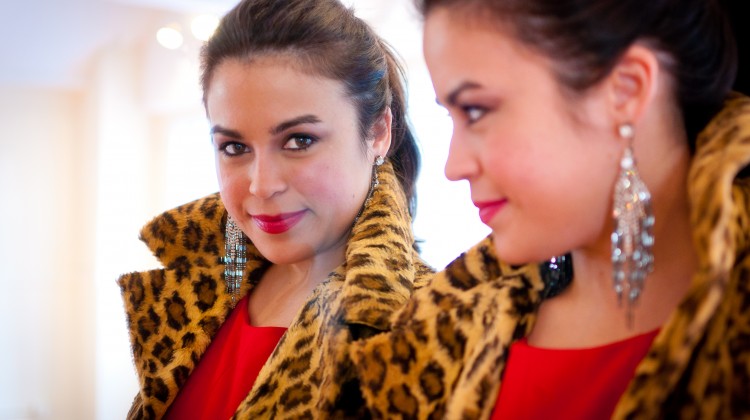