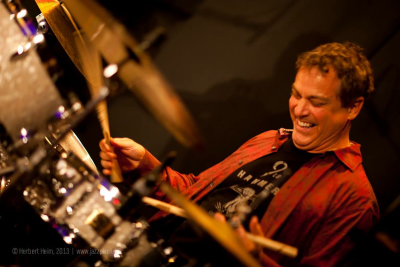 Latham is a member with guitarist John Hart, of the collective group led by bassist Mark Egan Unit1 and is featured on the critically acclaimed 2012 release Egan/Latham/Hart “Unit1”. Latham is also the co-leader of Big Funk with Don Braden. Both Unit1 and Big Funk will be heading into the studio in early 2014 to record their next releases.

In Fall of 2014 a recording with Ryan Carniaux, Mark Egan and Latham with special guest Nick Rolfe will be released worldwide.
Other recent releases include Andy Snitzer’s “Travler” with Chris Botti, James Genus, and Tim Lefebvre and Don Braden/Karl Latham “Big Funk Live”.

Latham recently relocated to Warwick, NY and will be recording several new projects at his home studio.

Next post new release: Nheap - "Flying and the silence"