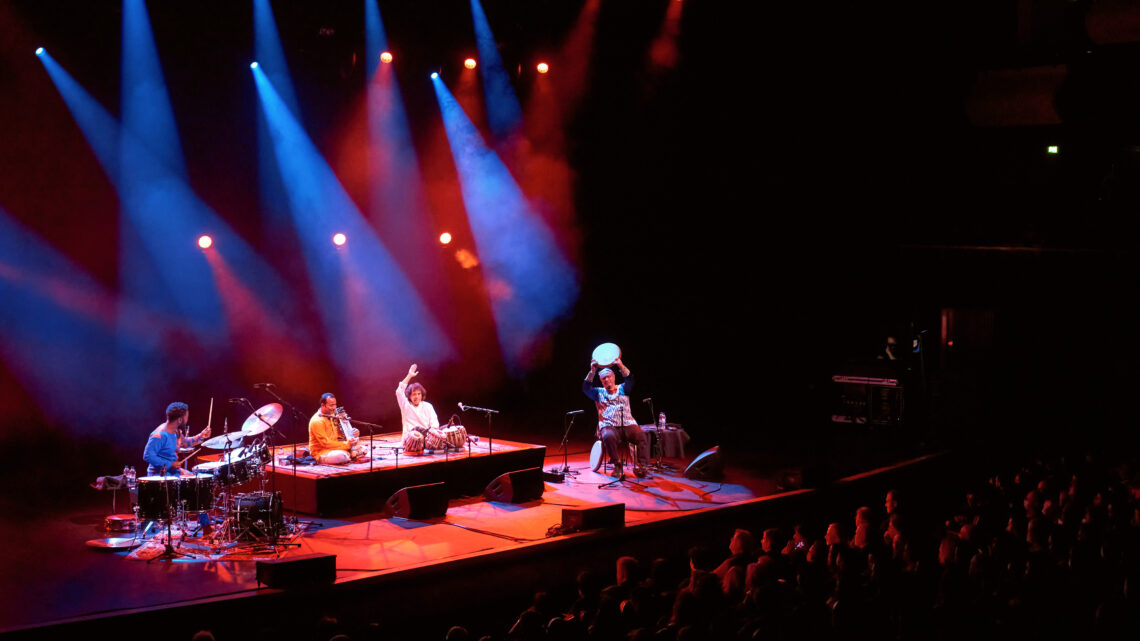 Zakir Hussain wowed his Royal Festival Hall audience on 21st November with triumphant sets for the finale of the 2021 EFG London Jazz Festival.

The first half of the evening saw the critically-acclaimed Indian tabla master collaborate with sarangi player Sabir Khan.

They explored tabla repertoire passed down to Hussain by his father and guru, Ustad Allarakha Qureshi (1919-2000), popularly known as Alla Rakha. Rakha specialised in Hindustani classical music and was the accompanist of choice for sitar guru Pandit Ravi Shankar. Rakha greatly helped to popularise the tabla with audiences outside of the Indian sub-continent.

Hussain and Khan tackled the four movements of an absorbing raga which encompassed several spirited improvised passages. The four movements comprised Peshkar; an improvisation on established Kaida themes; a combination of Chhand, Chalan Gut and Parans (the latter two being 300- year-old traditional compositions); and a combination of Rau and Relas.

The chemistry and interplay between the musicians was infectious and well received by patrons who cheered at several points during the performance.

Sabir’s deft touch on the violin-like sarangi was apparent in his Lehra accompaniment role. This is a traditional role performed by a sarangi player – producing a looping, repetitive pattern – which facilitated Hussain’s exciting flights of improvisational fancy.

During the second half of the concert, Hussain and Khan were joined by the illustrious jazz drummer Marcus Gilmore and renowned Uzbek doyra (frame drum) and percussionist Abbos Kosimov. The quartet was influenced by Planet Drum, Hussain’s ever-evolving collaboration with the Grateful Dead’s Mickey Hart. 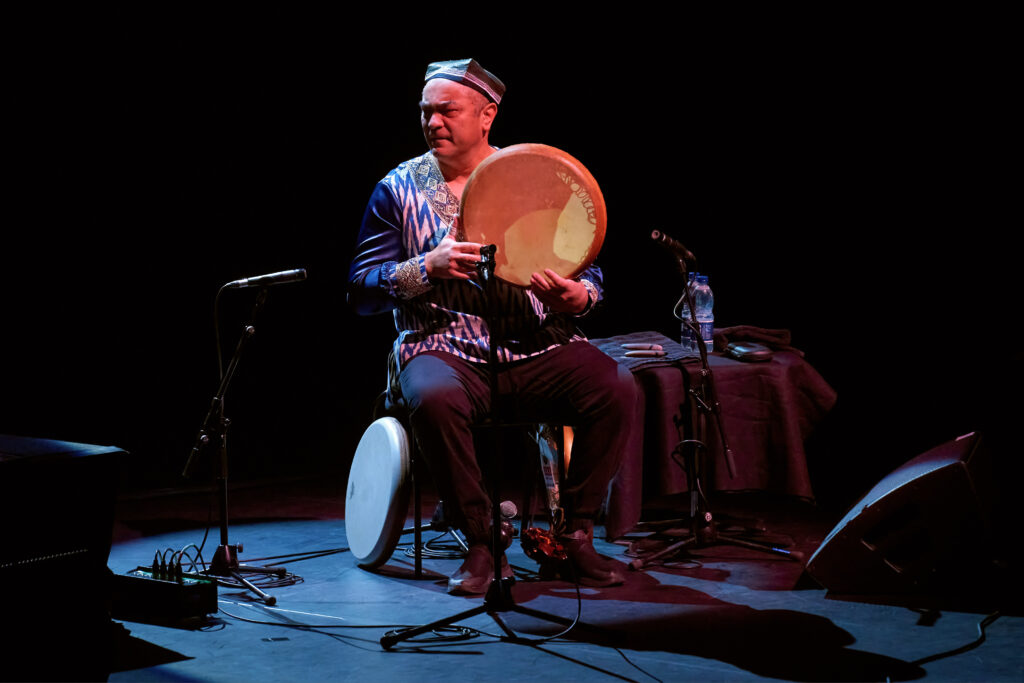 This portion of the performance explored the way in which Hindustani classical music repertoire, the jazz tradition and Uzbek drumming perfectly harmonise and compliment each other.

It should also be mentioned that Hussain and Gilmore have had a fruitful musical partnership through the Rolex Mentor-Protege Arts Initiative: A philanthropic programme by the Swiss luxury watchmaker that has since 2002 paired legends in the disciplines of music, architecture, dance, film and visual arts, with promising young talent from across the world.

Kosimov was just as captivating playing several frame drums at the same time and holding his audience spellbound with other miscellaneous percussion instruments.

For their encore piece Sabir Khan played sarangi and rendered a folk song from the state of Rajasthan celebrating the Ghoomer festival.

This story can also be read at https://lance-bebopspokenhere.blogspot.com/