Actually, the celebration was a continuation of his lifelong stream of music that continues to this day and will continue into the future.

And Smith’s year-long release of music will culminate on his birth date of December 18.

How impressive is it to consider that Smith has presented, and will continue to originate, such a high output of recorded and live music in one year alone?

Then there is his non-stop prolificacy to consider. Smith’s musical career started in the sixties and never stopped through over half a century on more than fifty of his albums. And on even more in whose recording sessions he participated.

Free to perform whatever uplifts his spirit at the moment, Smith has been one of the major innovators of music theory and jazz trumpet. Perhaps less recognized than other trumpeters, Smith has been receiving his due in the last decade with numerous awards, including a Pulitzer Prize nomination and the Doris Duke Artist Award.

As from the beginning with the Creative Construction Company, a group that branched out from the Association for the Advancement of Creative Musicians (AACM), Smith still believes that music, a channel for spirituality, and the trumpet, a vehicle for its expression, can inexhaustibly communicate truths that are free from commercial considerations.

As Smith eloquently states: Inspiration is a “luminous wave of energy that moves from the breath of life and creates an inspired moment…more precious than a rare diamond…. Our experience is a meditative-reality…enlightened, and annihilated in perfection. Truth remains.”

Smith has been consistent in performing his music as part of his own personally developed theories of music: Ankhrasmation Symbol Language, which spurs improvisation from written symbolic composition; and the rhythm-unit concept, which considers each sound, rhythm and performer as a single unit free to create independently, rather than being constrained by other entities.

Smith seems to frame his musical outpourings from at least six muses: instrumental inspiration from the styles of musicians whom Smith admires; civil rights; other art forms; spirituality; natural wonder; and musical personality portraits of people’s physical or spiritual characteristics, similar to Chick Corea’s on his final recordings.

Smith’s European label, TUM Records, based in Pohjankuru Finland, has already released eight of his recordings. In 2021 alone, TUM Records plans to issue, in honor of Smith’s birthday, a single album with Vijay Ayer and Jack DeJohnette and five boxed sets. Two of those boxed sets have already been released.

One of them, Trumpet, contains three CD’s of Smith’s solo performances recorded over four days in the 700-year-old St. Mary’s Church in Pohja, Finland, whose acoustics, Smith said, were “perfect for the trumpet’s sound.” True to form, Smith covers all of his muses in the 14 tracks that he recorded there.

As far as respect for other musicians goes, there’s “Sonic Night – Night Colors,” which Smith wrote in honor of bassist Reggie Workman. Admiring and understanding Workman’s technical individuality, Smith notices that Workman uses “plucking, unique stops and a manipulation of the strings, which he pulls across each other onto a different area of the fingerboard to create an otherworldly sound.” Otherworldly it is, as Smith, with muted horn, sets up in low volume his own world of hues, slow trills, squeezing out of tones, and low-register ruminations with quickened runs and declarative middle-range statements.

Workman isn’t is only musician whose mastery of techniques Smith appreciates.

Drummer Steven McCall? He says, “I never experienced any [other] drummer who created a solo performance using only the cymbals.” He played “an amazing solo [on cymbals].”

Saxophonist Albert Ayler: He used “micro-sonics, sounds that are larger or smaller than the standard pitch, and multi-phonic surges.”

The arts? Smith is a collector of films, for example.

In Trumpet, he re-creates not so much the film’s images, but the epistemological concept driving Akira Kurosawa’s film, Rashomon, in which the nature of truth is questioned. Like the blind men describing an elephant, witnesses in Rashomon describe the nature of a crime from conflicting perspectives. And, with open trumpet, Smith characterizes each film character’s personality through varying tonal lengths, pitches, and textures. Smith’s observant re-creation of Rashomon diligently proceeds through the each of the film’s narrative units represented by the tracks “The Film,” “The Killing,” “The Court,” “The Memories and Reflections,” and “The Verdict.”

In addition to film, some of Trumpet’s tracks are inspired by James Baldwin’s books and William P. Gottlieb’s photograph of trumpeters Howard McGhee and Miles Davis.

When it comes to spirituality, TUM Records released another three-CD boxed set devoted entirely to the subject. Recorded in three sessions in 2015 and 2016 in bassist Bill Laswell’s studio in New Jersey, Sacred Ceremonies elaborates on Smith’s favorite themes in collaboration with Laswell and master drummer Milford Graves, who passed away of heart disease in February, 2021. These free jazz musicians, each offering significant contributions to the advancement of the genre, joined in the search for a shared goal: truth. The result of their mutual understanding and spiritual quest provides a distinctive sound all their own.

The first disc, recorded in May 2016 includes Smith and Graves in musical conversation as Graves adds percussive colors, rhythms and textures to Smith’s lyricism. The purity of his lyricism on Sacred Ceremonies appears to derive from more poetic sources than on Trumpet, such as the “Play Ebony, Play Ivory” tribute to Henry Dumas’ book of poetry by the same name, not to mention the final track, “Ruby Red Largo – A Sonnet.”

Calmness prevails with Smith’s trumpet, with or without effects, while Graves supports Smith’s units of sound and silence with a percussive undercurrent of specially tuned drumming. The sonic results are especially effective on “Baby Dodds in Congo Square,” their tribute to the early improvising drummer in New Orleans known for his shimmy beat. Though still reverent, Sacred Ceremonies honors the contributions of drummers that Smith respects so much, such as on their track, “Tony Williams.” Appropriately enough, Smith and Graves perform the unwritten “Celebration Rhythms,” with Graves’ atmospheric drumming shapes, without pause, being in the forefront of the track. Smith comments upon them with occasional open-trumpet phrases, loosened-embouchure buzzing and melodic fragments.

The legendary Bill Laswell joins Smith on the second CD of Sacred Ceremonies. Laswell blends in his his fluid, naturalistic, reverberating sound as both pursue the same themes on worshipful pieces like “Ascending the Sacred Waterfall – A Ceremonial Practice,” which Smith wrote several decades ago. Laswell provides a rumbling, aqueous-like undercurrent to Smith’s evocations without fixed rhythms on the second disc, their music a colloquy of entwined lines in two registers. An unexpected portrait included on the second CD is album is Minnie Riperton’s called “The Chicago Bronzeville Master Blaster.” Despite Riperton’s astounding four-octave soprano vocal range, Smith and Laswell, musicians who miss her, keep things subdued and respectful from electronic enhancements.

And then on the third disc of Sacred Ceremonies, all three musicians join for the final ceremonies with more religious and philosophical themes. Smith’s concerns for civil rights are stated on “Social Justice – A Fire for Reimagining the World.” Graves’ pulsations (expertly engineered for separation of the drums’ sounds by Orange Music Sound Studios, by the way), throbbing like the animation of life, set up the groundwork for Smith’s muted commentary, Laswell delivering his own burbling associated lines. Smith goes back to his investigations of the nature of truth on “Truth in Expansion,” at first a trance-like exposition of Laswell’s extended tones. Expansive indeed, the composition moves into another quicker movement of Smith’s muted interjections over Laswell’s supporting bass lines and the many-hued blanket of Graves’ percussiveness.

To summarize the point of all of the recordings, and perhaps of his entire career, the trio includes “The Healer’s Direct Energy,” which reinforces Smith’s belief that music “is a luminous wave of energy that moves from the breath of life and creates an inspired moment.” With vibrancy and spur-of-the-moment devotion to life and truth, the trio releases their combined waves of energy arising from their decades of free expression.

How enriched we are by Wadada Leo Smith’s music!

It flows through and from him in a continuum of more than half a century.

How frustrating it is to be incapable of capturing in words the abundance, beauty and intelligence of Smith’s music. He has had the ability to create an infinitude of music. Yet, a finite number of words exists that are adequate to describe it.

The two new box sets in themselves contains more than five hours of music, obviously too much to describe in this single review. With hours of recorded music on the shelf, in addition to new music to be recorded, Wadada  Leo Smith’s music will continue for years into the future. 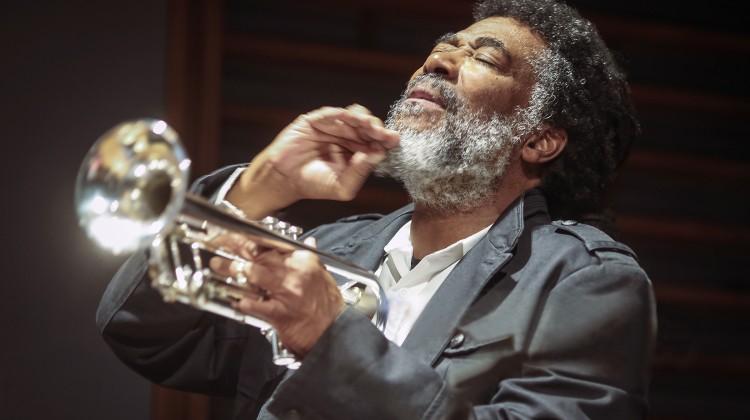 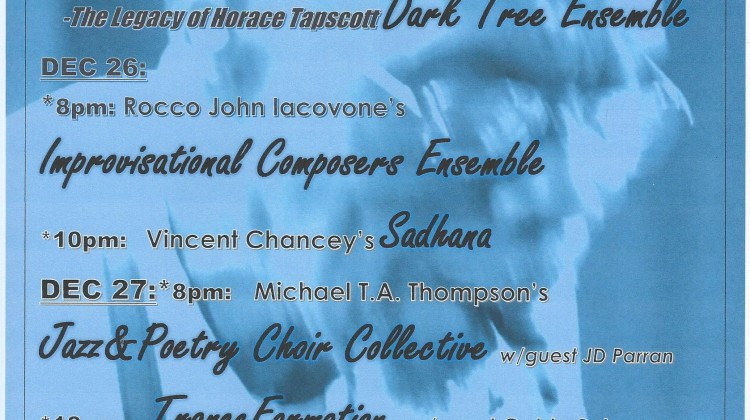