CD Release: Jamison Ross, All For One

Jamison Ross took all the right steps, although perhaps unwittingly, to broaden his public recognition and advance his music career. First, Jamison appeared in Bruce Broder’s 2007 movie, CHOPS, which included close-ups of Jamison as his Jacksonville, Florida high school jazz band prepared for the Essentially Ellington Festival in New York. The next step was entering the Thelonious Monk International Jazz Competition, which he won by presenting his groove, evident afterward in his singing too, instead of flashiness. Seizing the opportunity, Jamison busted away from jazz expectations in his first album, Jamison, by including some jubilant singing as revelatory as the drumming (of Jamison). It became evident that Jamison’s singing is what distinguished his recording as one by none other than Jamison. Pyrotechnic drumming ability wasn’t as important on Jamison as was the personality of:

That personality strengthens on Jamison’s second album, All for One, as he abandons as his lead instrument on which he won the competition. So did, for that matter, early Monk Competition entrant Harry Connick Jr., to Connick’s continuing career advantage. Like Connick, Jamison found his métier to be his voice. Jamison’s voice allows him lyrical expression, compositional inspiration, and melodic and rhythm immersion.

Not to mention joy.

The release of All for One is one joyous occasion. Jamison is one of those fortunate talents whose expression reaches the hearts of listeners; his technical excellence, always understated on All for One, is merely a means to soulfulness. Jamison unabashedly wears his heart on his sleeve, and he doesn’t hold back on letting listeners know his thoughts about devotion, compassion and love. Or the need for it. Instead of expanding upon Burt Bacharach-like finger-wagging by stating that what the world needs now is love sweet love, Jamison instead breaks down love’s components by focusing on his immediate family or by examining the aspects of love—a focus that wordless drumming wouldn’t accomplish as effectively.

All for One kicks off the hand-clapping celebration of joyousness with Allen Toussaint’s “A Mellow Time,” which allows Jamison to remind listeners of the power of rhythm to lift spirits, as he did with “Bye Bye Blues” (indeed), two versions of which were performed on Jamison. The recording contract that Jamison earned from his Monk Competition win is paying off as much for the entertainment label as it is for him. All for One makes it undeniably evident that Jamison is headed toward greater recognition from a larger pool of listeners beyond those of jazz. Not only does “A Mellow Time” draw in listeners with New Orleans-originated fun for his recorded party song, performed like someone whose primary strength would be his voice, but also “A Mellow Time” provides Jamison’s signature slogan, printed on his T-shirts now: “Live Long and Party Strong!”

However, the range of Jamison’s emotions, which deepen into complexities beyond partying, follow on the next track with his own composition, “Unspoken.” The song is a humble paean of devotion to his wife, Adrienne, who, like many wives of entertainers, stays home while her husband tours. The unspoken understanding of this husband and wife includes the fact that he appreciates her patience and mutual bond, even in absence. Jamison’s sense of joy, instead of separation anxiety, returns when another of his songs, “Call Me,” recalls his happiness, instead of irritation, when his wife rang him up in the middle of writing a song on the road. The result from “the only one who can call me this way” consists of inspiration and a change of direction in the mood of the song he’s writing.

It becomes apparent that traveling takes its toll on Jamison because another of his songs, “Away,” isn’t oblique at all about his love of family and the stress that separation causes him. This heart-warming song, at first accompanied with just guitarist Rick Lollar, suggests Jamison’s confidence and integrity by veering away from what jazz listeners expect. Instead, Jamison, obviously missing his family from faraway places like “the Paris lights and the Northern Lights,” sings in a studio to his daughter, Jazz Aubrielle. In the process, he documents his love for her in a form that she can hear years later as an adult. With lyrics like “Every time I leave you / With a kiss goodbye / You say Bye-bye Daddy. / It makes me way to cry. / Missing you today is hard enough / I don’t want to miss you growing up. / I’m always away. / I’ll be home,” no doubt singers in other musical categories will pick up on the song because of its university of sentiment. And isn’t that what Duke Ellington meant by “beyond category?” In addition to the effect of the lyrics, Jamison crafted the song effectively for the rest of his group to come in when he first sings his regretful refrain of “I’m always away.”

The fact that Jamison dedicates much of his second album to his family is telling. But so is the way that he makes traditional songs his own. He has already sung on NPR’s Jazz Night in America Etta James’s “Don’t Go to Strangers” as a gateway song to his new album, and it’s featured on Spotify too. No wonder. The song possesses familiarity, but Jamison rearranges it and invests it with his own emotional bearing. After the first chorus of his pleading invitation, the track breaks into the walking-bass straightforwardness of Chris Pattishall’s piano solo. Nonetheless, Jamison attains full heart-felt attention again with a sustained “So-ohhhh” before the final chorus that makes evident that pain of the song-writer’s intentions. Likewise, Jamison’s version of Kurt Weill’s “My Ship,” though true to the lyrics, contains dynamic swells, re-harmonization and pauses to draw attention to the words that are sung and to the emotions that are felt, especially during the final chord turnaround emphasis of lyrics about his “true love.” Once again, though a drummer, Jamison’s strengths remain those of a unique experienced singer, as they are on “Don’t Go to Strangers.”

The third aspect of All for One expresses social concerns, connected to hope for the future. The title track, again from New Orleans, Jamison’s adopted home town, embodies all of those concerns, though once again by emphasizing the need for love. “We need a love that is ready / A love that is provided by all / All for one / One for all.” The bright spirit, and the beauty, of “Safe in the Arms of Love” initially gives little hint of the lyrics’ intentions in the form of double apostrophes for overcoming fear to work toward happiness: “Love, wrap your arms around us / Keep us safe from hurt and harm. / We are calling out to love. / Oh no, in this time of confusion / Don’t let fear take hold of your life. / Leave it behind. / Hold onto love.” And then there’s Mose Allison’s “Everybody’s Cryin’ Mercy,” which Jamison rearranges with sudden instrumental accents to emphasize apparently timeless concerned observations of “A bad enough situation / Is sure enough getting worse. / Everybody’s cryin’ justice / As long as there’s business first. / You don’t have to go to off-Broadway / To see something played absurd. / Everybody’s cryin’ mercy / When they don’t know the meaning of the word.” As Jamison notes, Allison didn’t sing as much as talk his music, and Jamison converses the music as his band interjects the musical vamp between verses.

In spite of the acknowledgement of dark social situations, brightened with canny arrangements influenced by R&B, jazz and pop music, All for One remains an uplifting experience due to the genuine positive feelings that are the basis for Jamison’s music. Jamison, a drummer, ends the album with Fats Waller’s, a pianist’s, song, “Let’s Sing Again.” Reflective of his initial musical experience in the church, Jamison sings accompanied solely by Cory Irvin’s Hammond B-3 organ. “Let’s sing again / Let music into your heart. / What has a man to cling to? / Life wouldn’t mean a thing / Without someone to sing to.” Due to the joy that Jamison projects from his singing, it’s understandable that his voice is an instrument that he just can’t hold back, any more than he can hold back his drumming. 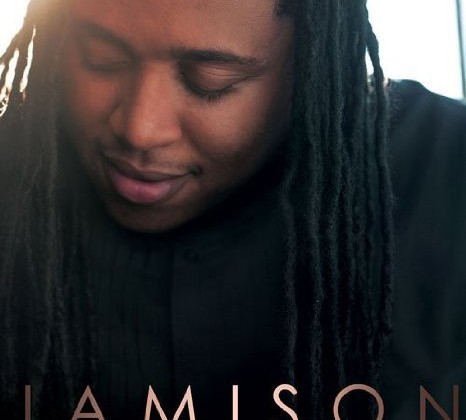