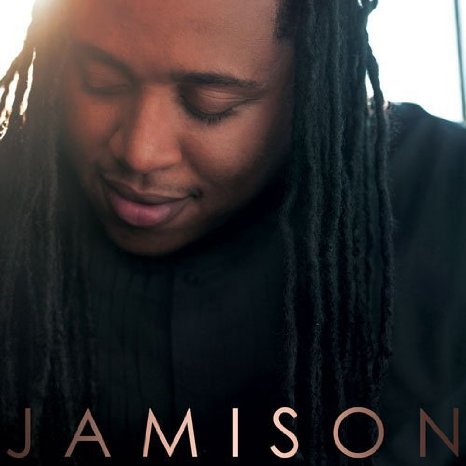 The winner of the 2012 Thelonious Monk Jazz Prize for drumming sings on his debut album.

More  Jamison Ross albums will follow, for sure. Jamison marks the auspicious beginning of his recording career, as have the early recordings of other Monk Competition winners like Ambrose Akinmusire, Jacky Terrasson, Jon Irabagon or Cécile McLorin Salvant. Ross, too, has arrived with an already formed musical personality, as did they.

Jamison Ross was inspired by the power of music when he heard it as a child in his grandfather’s church, and he sang. The drumming came later. After earning a degree in music and after moving from Florida to Louisiana came the Monk Competition. So did work with first-call jazz musicians and singers, most notably with Carmen Lundy.

Now, three years after winning the competition, comes Ross’ first recording entitled, as if no last name will be needed, Jamison. And “Jamison” records on the prestigious Concord Jazz label, no less.

Apparently making a statement about what to expect in the future, Jamison features singing on ten of the twelve tracks.

Jamison certainly is accessible, from beginning to end. The beginning includes Muddy Waters’ song, “Deep Down in Florida,” which combines a tribute to Ross’ home state while incorporating a danceable New Orleans groove—propelled by Ross’s second-line drumming, as well the arrangement’s loping irresistible vamp. Ross ends the song with an unpretentious but spirited drum solo over which he sings and concludes the song. Auspiciously, Jonathan Batiste performs an equally confident and wry solo on the track, not to mention contributing his clever arrangement of “My One and Only Love.” Recently, Batiste has been named the musical director for the Late Show with Stephen Colbert, and chances are better than fifty-fifty that we may see Ross appear on that show too.

Interestingly, the other two Jamison tracks on which Batiste appears involve the song that helped Jamison win the Monk Competition: two versions of “Bye Bye Blues.” Part I features no drumming at all, but rather Ross’ impassioned singing, which seems to constitute an unyielding banishment of the blues and the ultimate triumph of joy.  But the blues takes a strong hold on a person, and Ross includes yet another farewell to despair. Even more suggestive of the blues’ stubbornness is the slow New Orleans procession of Part II, which leaves no doubt about Ross’ determination to overcome that down-and-out feeling. The entire band backs Ross on Part II with his soulful version on which Hammond B-3 player Cory Irvin joins for full gospel-inspired effect. Ross sings from the heart, and obviously the Monk Competition judges felt that.

From the Heart is the name of a Grady Tate album, and Tate’s combination of drumming and singing seems to have helped validate Ross’ decision not to back away from doing the same thing. Both musicians celebrate happiness, evidence of which appears in Ross’ tribute to Tate when he sings “Sack Full of Dreams,” which Tate sang on his Windmills of My Mind CD. Reminiscent of Donny Hathaway’s soulful yearning, Ross sings “Sack Full of Dreams” so well with insouciance that relaxes listeners and captures their hearts. With its description of “the world of love that I’m dreaming,” the song supports the overriding theme of Ross’ music: joy.

Ross’ Facebook page helps explain the appeal of his music that listeners sense but don’t as fully describe: “Joy is the most essential ingredient of music.” Thus, the appropriateness of the “Bye Bye Blues” sentiment. Thus, the images of “cities that smile” and “bridges of steel and love” within a “Sack Full of Dreams,” which wishes for joy for the people with “great empty faces” who try to “hide all the loneliness.” Thus, Ross’ composition, “Emotions,” about “possibilities” that help him “take control of my dreams / so they can become my reality” to “become free.”

The members of Ross’ band are equally committed to the recording, offering as they do similar soulfulness mixes with individuality governed by the spirit of the song. Despite the impassioned build-up of “Emotions” to a rousing finish, the musicians never overplay during its tasteful performance. No flash or crash at all. Rather, Ross starts the song with a soft shimmer of the cymbal and moves into a rumbling off-the-beat malleting pattern on the tom-tom, never showcasing his skills, but rather allowing the melody to lead the group. In addition, “Emotions” is an example of Ross’ compositional skills, its accented chromatic descents contributing to its thematic tension. Shrewdly, Ross ends the song with celebratory emphasis on the word “free.” The division of the deceptively comforting beginning and its contrasting joyous resolution transfers the listener through a wide range of emotions in just under four minutes.

That track is distinguished, not only by Ross’ leadership, but also by Dayve Stewart’s spirited tenor sax solo spring-boarded by the melody.  Though the other members of Ross’ band also are gaining recognition in their own right, they too possess the maturity for realizing the group’s importance and of letting the emotions of the songs guide their solos. Their proficiency is especially notable on the album’s two instrumental tracks. Trumpeter Alphonso Home III carries Cedar Walton’s “Martha’s Prize” with fluidity and grace, slight embellishments like grace notes and his avoidance of ostentation creating an inviting interpretation. Notice Stewart’s almost unnoticeable blending of harmony, so unified are he and Home in their delivery. Bassist Corcoran Holt’s sauntering bass lines characterize “Sack Full of Dreams” with supportive individuality found on other effective bass-led performances like, say, Walton’s “Bolivia.” Guitarist Rick Lollar, who otherwise mostly provides twangy atmosphere on songs like “Deep Down in Florida,” emerges with a beautiful solo on Lundy’s “These Things You Are to Me.” Pianist Chris Pattishall takes off rhapsodically, full of bright effervescence, on “Epiphany,” which features Ross’ wordless vocal improvising in response to the horns’ lines.

CD Release: Jamison Ross, All For One