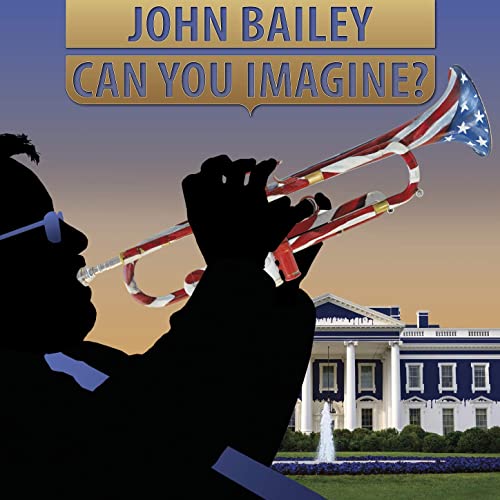 In this era of lightning-fast social changes, John Bailey’s Can You Imagine? album becomes more relevant every day.

Can You Imagine? was released on January 20, 2020, a year in advance of the U.S. Inauguration Day, which will be the culmination of drama, mudslinging, social media falsehoods, nationwide protests, COVID-19 social distancing and focus-group-tested polarizing speeches. Changes in social events seem to have overtaken what could have been imagined to have happened in January.

Back in 1964-you remember that fine year, don’t you?-“Dizzy” Gillespie ran for President. Not really. Gillespie’s announcement, as was Pat Paulsen’s-you remember him too, don’t you?-was pure satire. After all, John Birks Gillespie said that he would have appointed Duke Ellington as Secretary of State, Ray Charles as Librarian of Congress [ 🙂 ], Miles Davis as CIA Director, Charles Mingus as Secretary of Peace [ 🙂 again], Max Roach as Secretary of Defense and Mary Lou Williams as Ambassador to the Vatican. As a refresher, Paulsen was years ahead of his time with quotes like the George W. Bush-ism of “If elected, I will win” and the I-get-it-now-ism of “I‘ve upped my standards. Now up yours.” But those satirical campaigns made important points. A year after John F. Kennedy’s assassination jolted the nation, Lyndon Johnson, Kennedy’s vice president sworn in as President, won the 1964 election with a controversial scare ad of nuclear explosions destroying a field where a little girl was picking daisies. With such doom and gloom, no wonder Gillespie thought that the country needed an alternative. We need an alternative yet today.

John Bailey’s album doesn’t present “Dizzy” Gillespie as a political alternative. But he does remember Gillespie’s campaign, and more importantly its ideals of civility, compassion, mutual respect, cultural assimilation and social justice. Accordingly, with the confidence attained by the overwhelmingly positive reception to his first album, In Real Time, Bailey puts his musical social/political statement out there for consideration in Can You Imagine?

The centerpiece of Can You Imagine? is Bailey’s three-part composition, “President Gillespie Suite,” dedicated to the ideals and stylistic excitement of Gillespie, whose influence on Bailey is unmistakable. The first part of the suite, “The Humanitarian Candidate,” begins with Gillespie’s influential subdued cup-muted sound over bassist drummer Victor Lewis’, bassist Mike Karn’s and pianist Edsel Gomez’ Latin vamp. It features an eight-note repeated motive that serves Bailey’s group in alternating fast and slow passages. One can imagine Gillespie dancing to it when Bailey un-mutes his trumpet as the rest of the septet provides the harmony. The second movement, “Road to the Blues House,” features bass trombonist Earl McIntyre’s memorable plunger-muted “talking” bass trombone solo, which starts layers of an extended build-up that resolves in the quicker swing tempo of the third movement, “President Gillespie’s Birthday Song.” Possibly meant in jest to be played on October 21, this final connected composition is a blues blowing session, at first played in unison, that’s committed to the joy that Dizzy Gillespie instilled in people worldwide. After an exuberant call-and-response section with Lewis, “The Humanitarian Candidate” ends with Bailey’s thrilling high-note cadenza reminiscent of Gillespie’s ability to capture an audience’s soul.

Where has Bailey been all of these years? In plain sight, this modest trumpet virtuoso has been backing more famous performers in the bands of Ray Charles, Arturo O’Farrill, Woody Herman and Ray Barretto. DownBeat magazine recognized Bailey when he was in high school for its Student Music Awards, for both classical and jazz performances, and Bailey joined The Buddy Rich Band when he was still in high school. Bailey was a finalist, along with Donny McCaslin and Bill Charlap, in the National Foundation for Advancement in the Arts’ Talent Search. Now Bailey is getting his name out there on his own Freedom Road Records label. And is he!

The rest of Can You Imagine? retains “Dizzy” Gillespie’s spirit as well. Gillespie’s discovery and promotion of Latin music is reflected in Chico O’Farrell’s “Ballad from Oro, Incienso Y Mirra” and Chico Buarque/Francis Hime’s “Valsa Rancho.” Of course, Bailey, having performed in Arturo O’Farrill’s and Ray Barretto’s bands, understands Gillespie’s interest in combining Latin influences with jazz and blues. Backed delicately by Puerto Rico-born pianist Edsel Gomez, Bailey plays the Afro-Cuban ballad of Chico O’Farrill, who arranged for Gillespie, with compelling authority, grace and gorgeousness. To accomplish the tonal colors he wanted, Bailey brought in flutist Janet Axelrod to lead in the Brazilian Valsa Rancho,” on which Stacy Dillard solos sweetly on soprano sax before intertwining with the flute‘s lines.

Dillard, who performed so memorably on In Real Time, contributed to Bailey’s second album “Elite State of Mind,” a lightly played waltz of sequential solos which Lewis mixes up with an engaging counter-rhythm. The political implication of the “Elite State of Mind’s” title is obvious.

The percussiveness of his Lewis‘ “The Touch of Her Vibe” consists at first of a call-and-response signal leading to a slower middle section of long tones before the initial theme returns for elaboration. That slow theme evolves into a prestissimo middle-section quickening that allows for electrifying improvisation over the rhythm section before the group’s ending improvisations. Lewis’ “From the Heart” recalls the essential element of soulfulness for jazz and compassion, and the song, stated in harmony between choruses, provides an improvisational platform for the excellence of Bailey’s group.

Bailey’s additional two compositions, “Pebbles in the Pocket” and “The Blues House” (which Gillespie would have renamed The White House), provide further evidence of his compositional acumen. The first track on the album, “Pebbles in the Pocket” commences with Karn’s throbbing ostinato pattern. Then the group develops a rising minor-key resolution into Bailey’s fast-paced solo, with Dillard’s individualistic solo reminiscent of those on In Real Time. “The Blues House” is an inviting, again minor-key, piece initially stated with Bailey’s double-tonguing and dynamically rising long tones, that leads into a swinging round of solos.

To reinforce the message of the album, Bailey ends his passionate statement about the potential for humanity’s goodness with Merrill/Styne’s “People,” played with straightforward directness accompanied by Gomez.

And so, can you imagine? Another election is nearing. If only “Dizzy” Gillespie’s values had prevailed throughout the intervening 56 years. Or even throughout this election year. 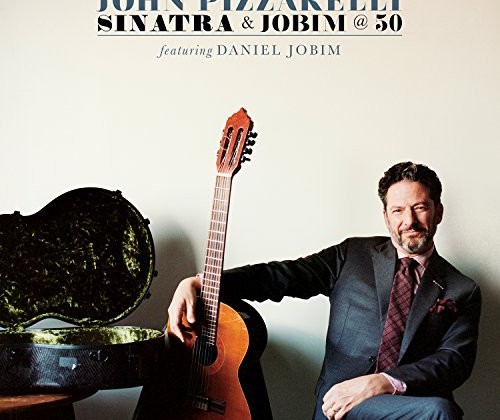