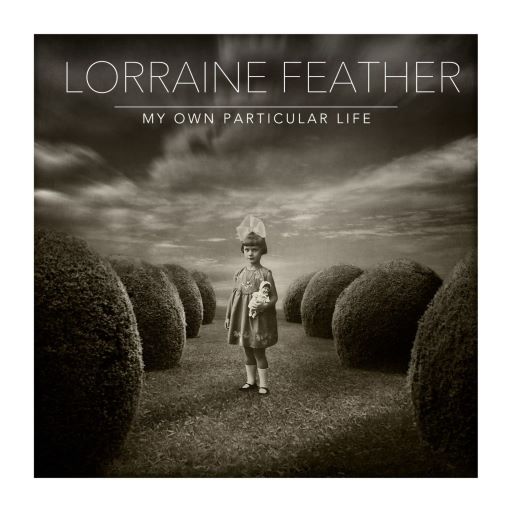 Such a sound engineering feat My Own Particular Life is!

Rather than waiting out a pandemic, the album’s sound engineers flawlessly produced an album that sounds as if all the musicians and singer Lorraine Feather were in the same studio, even though they were in separate locations.

It should be duly noted that those names include some of the musicians on the album, who performed double duty as their own sound engineers.

And then there is Lorraine Feather, who didn’t let a pandemic get in the way of recording the latest in the series of her artistically consistent, distinctive, professionally produced and wry discography of odd observations and very personal experiences.

As the catalyst for the recording, Feather provided the reason for this remarkable collaboration with musicians who have been working with her for decades. In particular, Eddie Arkin, who co-produced My Own Particular Life, has recorded with Feather since her first album in 1997, The Body Remembers.

Reflecting steadfast decades-long adherence to her own stylistic path, My Own Particular Life follows Feather’s homing in on a theme and writing the poetic lyrics for her music that her musicians/friends set to music with her vocal range and quirkiness in mind.

Except for one track.

After a haunting introduction by bassist Michael Valerio, Feather sings the lyrics that she wrote after guitarist Arkin, who knows her style better than anyone, first wrote the beautiful minor-key composition of “Music from the Ceiling.” The title and words of the song recall Feather’s dinner with her ex-husband, drummer Tony Morales, after he had developed early-onset Alzheimer’s disease. As his presence brought back memories of happier days (for instance, when he recorded on her first album), Morales was mostly uncommunicative during the meeting until he asked why music came from the ceiling. With the heartbreak known by those who care for Alzheimer’s disease patients, Feather wrote such words to Arkin’s music: “You remembered my name. / But now, I’m a stranger at the table.”

My Own Particular Life is more reflective and less abstract, with the wisdom of a lifetime, than some of Feather’s earlier albums like Math Camp.

Feather wrote “Are You Up?” about the subject of the pandemic, featuring her remarkable ability to bring broad, sometimes incompletely understood topics, to personal terms. In this case, she sings about love in a pandemic, an unknown experience until this generation that requires the daily improvisation of behavior for living. With humor and insight, Feather writes about the frustration of courtship and love during the fear of a virus’s spread, suggested mask-wearing and fear of exposure. Arkin’s set-up of a Baion rhythm performed by Valerio and drummer Michael Shapiro ironically creates a danceable rhythm in an environment of six feet of separation. And Feather writes about flirtation through a computer: “Find me an endearment / In the alphabet bar.” “I like the way you / Write to me…. / I like your wee mistakes. / I like your paragraph breaks. / I like you.”

“Are You Up?” includes interludes by violinist Charlie Bisharat as he brightens the song’s colors, as well as pianist Ferrante’s ringing solo in the instrument’s upper register. But other of Feather’s trademarks make successful her narrative, such as the laying of her voices into a backup chorus, her spoken word elaborations and quotes by imaginary characters as she sings a story, rather than merely a song. These features continue throughout the album.

In the midst of life’s challenges, Feather writes about hope, which all of us seek.

After visiting pianist Dave Grusin at his home in Santa Fe, both he and Feather decided to record again for the first time since Flirting with Disaster was recorded in 2015. And due to the wonders of technology, once again, they did record a track for the album in the spring of 2021. A memorable piece that Grusin wrote to communicate Feather’s wish for better days as she recollects past experiences, “A Hopeful Note” was recorded hundreds of miles apart. With the directness that highlights Feather’s voice accompanied by Grusin and her friends, she expresses appreciation: “Thank you, my friend, / For reading me that / Poignant quote, / For sending me your / hopeful note.”

Feather’s collaborations with Shelly Berg are songs of contrasts. “Arbitrary Drawers” describes a woman’s revenge against her domineering, fussy husband as she leaves his kitchen drawers unorganized and the floors unwiped. Backed by Berg’s sensitive accompaniment mirroring her changes of moods and her own chorus (expertly sonically balanced, of course), Feather sings without fury but with determination: “Like some automaton,… / Wet-Swiffering the floors, / Only gather what you so / Elegantly organized, / And put it all back in / Arbitrary drawers.” But then their next song concerns the mutual attraction by a mature couple who have a lifetime of events to discuss but who may be reluctant to do so: “I am sure / The loveliest event of my / Life story / Will be you.” Without the exuberance of young love, but the cautiousness of age, Feather sings solely to Berg’s accompaniment, the talented but nationally under-recognized composer/jazz pianist whose work sounds like the a highlight of a Broadway show.

The album also includes wackiness uninhibited by the pandemic as Ferrante and cellist Jacob Braun accompany in jazz tango form on “A Grand Invention.” Then Ferrante mixes in Bach references in a quickened tempo. Feather humanizes, not a diorama—the “invention” that Feather describes at first without back-up with a dictionary definition from her visit to a museum—but love itself. Pure Lorraine Feather technique. “Love is a grand invention… / Fashioned with care before / The world began,… / More wondrous than the / Locomotive, telephone.”

All of Feather’s music arises from her interests and observations. It describes her own particular life up to 2021. The song by the same name as the album, characteristically, combines insightful observations, optimism in the face of life’s challenges and an inimitable style performed by excellent musicians who have worked with her for years. The song, “My Own Particular Life,” rather than being musically slow and pensive, sways in a 6/4 rhythm written by Arkin. As the album’s first track, it introduces Ferrante, Bisharat and guitarist Grant Geissman with their own solos, in between Feather’s astute lyrics. Or poetic verses.

“Some lessons feed / your soul. / Some eat your lunch. / In my own particular life.” 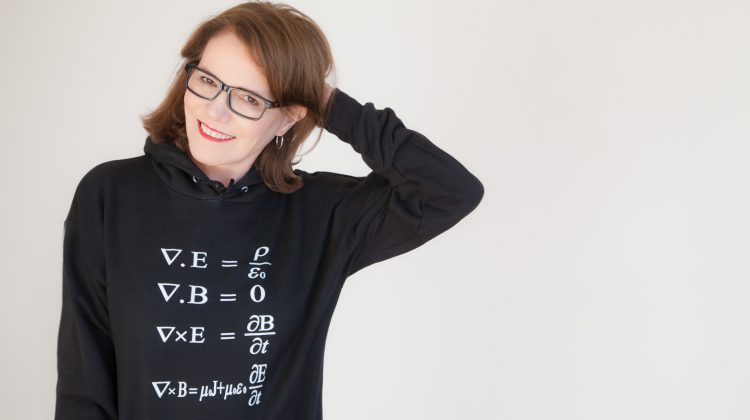 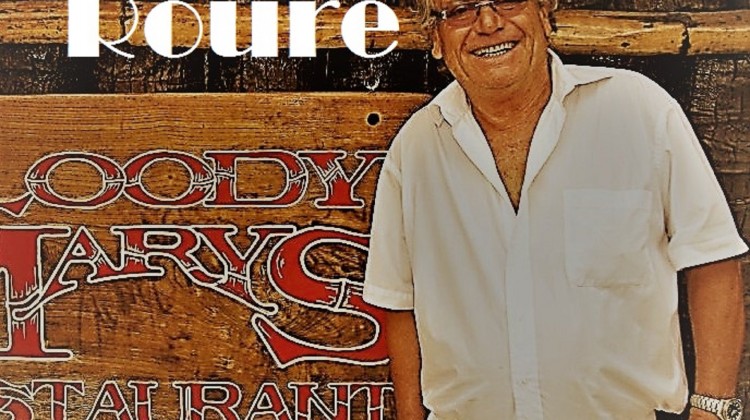