Mary Halvorson’s uncompromising recordings reassure listeners that the future of jazz remains promising, even as it builds upon the similar fearlessness of the past innovators of jazz. 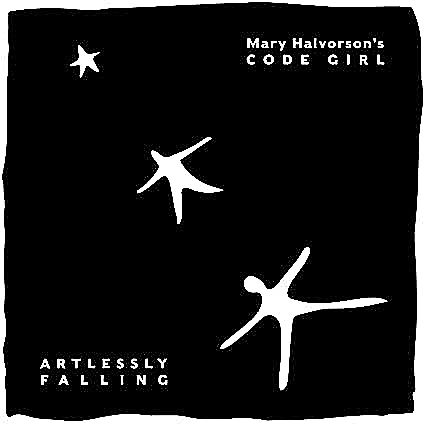 Following up on her 2018 Code Girl album, Mary Halvorson fulfills with another ingenious recording not the recognition of her past accomplishments, but rather her restless potential, by the MacArthur Foundation’s “Genius Grant” committee.

Augmenting her Thumbscrew Trio’s musicians (Michael Formanek on bass and Tomas Fujiwara on drums) with the addition of trumpeter Adam O’Farrill and saxophonist/singer María Grand, Halvorson follows multi-cultural poetic structures, instead of musical forms, to guide her compositions on Artlessly Falling. Even so, balladeers and reciters sang much of early poetry as the metrical cadences of the words animated their performances. As a result, Artlessly Falling features as another unexpected creative avenue Halvorson’s talent for choosing poetic sounds, imagination, cadences, attitudes, devices, atmospheres, syllables, consonants, vowels, even phonemes, sometimes rhyme and more often than not, rhythmic speech patterns to set up the music of each of the album’s eight tracks. Already fluent in seamlessly expressing unconventional musical thought into her distinctive naturally in-the-moment varied sounds on guitar, Halvorson follows the path that Anthony Braxton suggested to her in college of restructuring sound to conform to her own aesthetic realm.

Amirtha Kidambi once again sings the lyrics of Halvorson’s poems/songs, as she did on Code Girl. However, Halvorson’s coup of sorts was persuading celebrated singer/musician Robert Wyatt of Soft Machine and Matching Mole, who was a major influence on her development, to emerge out of retirement and sing on three songs that she wrote specifically for him.

In but three-and-a-half minutes, “Walls and Roses” embodies the synthesis of all of the creative elements that Halvorson successfully pulled together to accomplish her achievement(s). Based upon the Malay poetic form of the pantoum, which was adopted later by the French, Halvorson craftily follows in four stanzas its strict format with its repetitive lines. Wyatt comes in immediately at the start of the track to sing the words accompanied by Halvorson’s medium-volume single-note lines of her signature tonal clarity. But then, Halvorson surprises with a rock-influenced fortissimo blast of distortion before her staccato picking proceeds Kidambi in singing the second stanza. It becomes apparent that Wyatt and Kidambi are alternating the four-line stanzas, alternation occurring as well between the vocal restraint and the musicians’ released exhilaration.

Similarly, “Bigger Flames,” based upon the Arabic/Persian centuries-old poetic form of ghazal, follows the prescribed traditional rhyming scheme as the final word, “you,” is repeated at the end of each couplet, or “sher.” With fewer contrasts of volume than “Walls and Roses,” Halvorson’s lightly chorded vamp of slight distortions and O’Farrill’s understated harmonic lines back up Wyatt’s presentation of the lyrics. As the poem itself leads into instrumental music, trumpet and saxophone weave mezzo forte improvisations over Thumbscrew’s textures. Though the shers are disconnected in images, but not in overall theme, Halvorson, with expected Code Girl mysteriousness, leaves the interpretations within the lyrics to the listeners.

While the Japanese poetic form of tanka, with its ten-line structure and its defined 5/7/5/7/7 number of syllables per line, inspired Halvorson to write “The Lemon Trees”–as did images from Lawrence Osborne’s novels about world travels–the track itself commences with an ethereal performance in a meter of three. O’Farrill’s rounded tones and Kidambi’s/Grand’s wordless singing shape the composition’s mood, traces of flamenco suggested. However, after Wyatt sings the first stanza with its allusions to Osborne’s odoriferous contrasts (Halvorson’s “smell of grease and mint” versus Osborne’s “smell of varnish and peppercorns and stale beer,” for example), “The Lemon Trees” evolves into a forceful instrumental piece. Its meter evaporates and the mood changes with free improvisation in extended solos from O’Farrill and Fujiwara before Wyatt closes out the track with the second five-line stanza.

The album’s title derives from the “Artlessly Falling” track that flows from the Italian sestina poetic format from the tradition of twelfth-century Italian troubadours, but which remained alive through the ages with more recent usage by the likes of W. H. Auden or Ezra Pound. Halvorson says that she spent more time composing “Artlessly Falling” than any other piece due to her adherence yet again to the defined form (repetition in each of the second through sixth stanzas of the last words of the six lines of the first stanza). While Kidambi sings the words, with occasional vocal ornaments or extension of tones, all of the members of the Code Girl sextet improvise without rhythm throughout. Following the sestina’s traditional attitude as a complaint, Halvorson wrote the poem/song’s beginning and conclusion as “Artlessly falling through overstretched arms / delivers the night underground, a hole…. / Crosscut that arctic orbit as a gray / whale: wild, breaching. To hell with your wrong arms.” The middle section of the track’s 7:15 length rises in intensity and volume and finally resolves its emotional rise with the sextet’s abrupt conclusion. With inventive artfulness, Halvorson’s composition serves as her basis for an extraordinary development of futuristic musical direction from medieval sources. For who else is writing or performing music of this nature?

But not all of Code Girl modernizes poetic forms from countries outside the United States, or from centuries ago. Halvorson wrote her own free verse for “A Nearing,” which begins with Formanek’s masterful free improvisation that establishes the atmosphere for the piece. Then, Kidambi, singing at times in octaves and over a broad vocal range, enters with the lyrics embellished by Halvorson’s straightforward rootless quarter-note accompaniment, as as the horns’ lines slip through and around her voice. Once again, the poem itself serves as a springboard for the musical improvisation as, at the midway point between the third and fourth stanzas of the six-stanza poem, both Grand and O’Farrill launch into long, eloquent solos backed by Fujiwara’s rumbling agitation.

Most unexpected of all, “Last-Minute Smears” incorporates snippets of testimony from Chief Justice Brett Kavanaugh during his 2018 Senate confirmation hearings, an instrumental theme providing interludes between the stanzas. With its understated solemnity, “Last-Minute Smears” recalls “Ringing My Phone” of Jason Moran (a MacArthur Fellow too from 2010), in which he plays along on piano the cadences of a person speaking Turkish during a telephone call. Both transferences from natural conversation into music—dissonant or consonant, singable or onomatopoetic, explosive or sussurant–can be heard anywhere, if only one is open to the unconscious poetry of the human voice.

Of course, the listeners don’t need to study Halvorson’s unusual (in this case, poetic) means for developing her music to appreciate and enjoy its originality, quirkiness, style and spirit.

The music of Artlessly Falling creates yet another addition to Halvorson’s growing discography of idiosyncratic, virtuosic recordings that serve as a reminder of jazz’s open-minded absorption of styles. Plus, Mary Halvorson’s uncompromising recordings reassure listeners that the future of jazz remains promising, even as it builds upon the similar fearlessness of the past innovators of jazz. 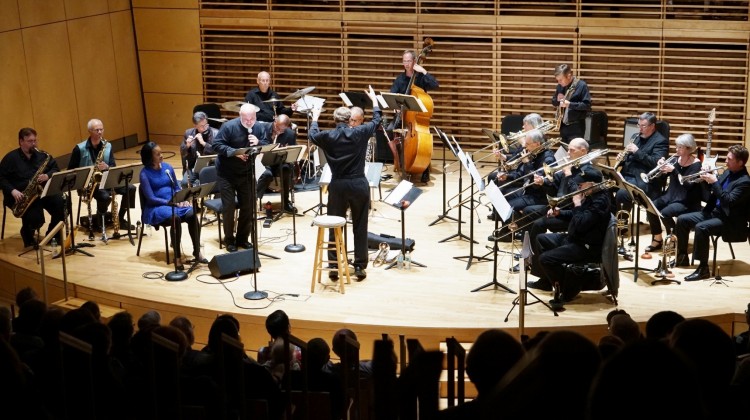