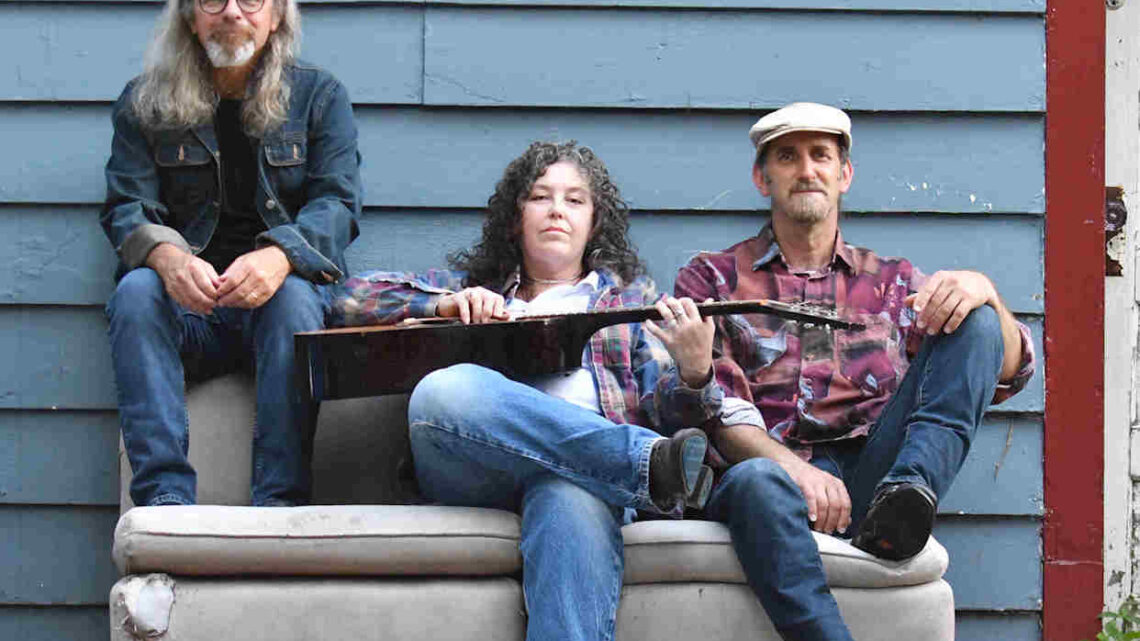 Old Friends, the new album released by acclaimed folk-rock harmony trio Gathering Time, dominated the Folk Alliance International Folk DJ Chart for September, coming in as the #1 top-played album for the month; and with seven songs in the top-20, garnered the group #1 artist honors as well. The album, an homage to the folk-rock greats of the 1960s and ’70s, dropped Sept. 1. This follows the advance single, “Get Together,” which was the #1 songon the chart for July.

Available on all DSPs, the album features reimagined and re-harmonized classics from the era when the traditions of folk met the energy of rock ’n’ roll. Gathering Time’s Stuart Markus said, “We are ecstatic that it has been so well received – we can’t thank the folk DJs enough for their support.”

Gathering Time, who traces its musical roots to that generation-defining era of the 1960s, made the conscious decision to include a number of songs that pertain to the social and political contention that the country is going through on their latest album, with songs like “Turn! Turn! Turn!” and “Abraham, Martin & John.”

If the record seems well timed to a nation suddenly thrust back to the late 1960s, they hadn’t conceived it that way. “We actually started working on the record almost three years ago,” said Markus, who shares bass, guitar, and lead and background vocal duties with bandmates Hillary Foxsong and Gerry McKeveny. “After the success of our last CD, we wanted to do one in tribute to the artists who influenced us, like The Byrds, Peter, Paul & Mary, Simon & Garfunkel, Joni Mitchell, and Crosby, Stills & Nash.” Gathering Time’s last album, Keepsake, of mostly originals, took the #1 album, single, and artist honors on the Folk DJ Chart in March, 2016.

It was a deliberate decision, according to the band, to include a number of socially conscious songs from the era that have gained renewed relevance the last few years. “Turn! Turn! Turn!” leads off the album. “It speaks to the fact that life runs in cycles and history is like a pendulum,” Markus said. “What we’re going through now, racial strife, civil unrest, economic and political crises, we’ve endured as a nation and a society, and as a human race, before. We can get through this — hopefully emerging the better.” A video of the track debuted on YouTube on Oct. 1 and can be viewed here: https://youtu.be/dXx3ctHGtBw.

Other songs on the album include “At 17,” which addresses the issue of teenage rejection and depression and “Hazy Shade of Winter” and “River,” which speak to feelings of disconnectedness and loneliness during the holiday season.

Not that it’s all heavy and serious. “You Were On My Mind” and “If You Could Read My Mind” bookend the course of a relationship, while “Hurry Sundown” is about the need to put work down, enjoy leisure time and recharge to face tomorrow. The album ends on a positive note with CSNY’s “Carry On,” with its promise “Love is coming to us all.”

Old Friends is Gathering Time’s fifth studio album and was recorded at Wrong Side of the Tracks Studio in Oyster Bay, NY. It was produced by the trio with engineer Ted Stoforos.