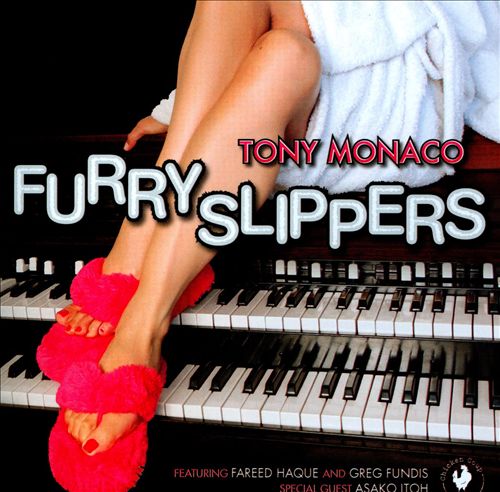 Tony Monaco carries on the tradition of the Hammond B-3 organ, but in his latest album, Furry Slippers, there’s a difference. Well, there are several differences.

Monaco continues with the traditional jazz organ trio of B-3, guitar and drums, but this time with new personnel. The result is a different sound from those on his previous recordings.

The change results from the accompaniment and the solos of guitarist Fareed Haque, whom Monaco met at the Java Jazz Festival in Indonesia. Rather than search for a guitarist influenced by Wes Montgomery, Kenny Burrell or Pat Martino, in whose group Monaco previously performed, Monaco invited to his recording session a guitarist with a confident individualistic style attained from numerous worldwide influences. And individualistic Haque definitely is. Rather than a ringing or octaved style, Haque’s technique of precise articulation is almost dampened, allowing each note, even in his quick staccato sixteenth-note phrases, to be heard distinctly.

It’s obvious that Haque enjoys the opportunity to stretch out with the swing of a jazz organ trio, and Furry Slippers was recorded as the opportunity arose during the trio’s brief tour of the Midwest. Monaco met drummer Greg Fundis at the same festival in Indonesia, and Fundis joined him and Haque on the tour, as well as participating in the recording project. The result is that, while the trademark Monaco fire and groove remain, Haque and Fundis alter his improvisational responses in new directions with their own unique perspectives throughout Furry Slippers.

Another difference offered by Furry Slippers, and an important one at that, is the presence of Monaco’s wife, Asako Itoh Monaco. The album’s name celebrates her ancestral Japanese family’s custom of leaving shoes at the front door. Indeed, the cover art includes visual indication of the practice by showing her slippers, pink and furry, that are substituted for shoes inside the home. An accomplished pianist in her own right, Asako joins the trio on “Magenta Moon,” a subdued Walter Wanderley-type of tune with relaxed Latin rhythmic intimations under long tones. Asako states the melody initially on the piano to the accompaniment of the trio before Tony and Haque add their own brief improvisational statements.

However, the flexibility of Monaco’s trio is unmistakable when they recall Jimmy Smith’s “I’ll Drink to That” from his mid-career Off the Top album—evidence of Monaco’s comprehensive knowledge of classic jazz B-3 albums. A classic Monaco performance, “I’ll Drink to That” starts at medium tempo with understated groove and a short call-and-response cue before taking off into blues solos that build in intensity as Monaco changes out the stops and pounces and shimmers until its ends not with a bang, but with an abrupt whisper.

Haque’s effortless, sometimes chorded, suddenly quick, swing on “I’ll Drink to That” contrasts to his acoustic guitar lead on “Round Midnight,” a showcase track for him, sometimes suggesting flamenco stirrings, as he sets up the mood for the medium-tempo piece as one of samba. And while Haque’s precise technique occurs often throughout Furry Slippers, Monaco slips in a staccato organ solo, repeating the same notes rather than holding out the long tones. Monaco’s composition, “Chillin’,” expands upon the Spanish tinge feel, due in large part to Fundis’s second line drum pattern. Haque’s soft pulsating single-chorded introduction blossoms into a melody of a circular phrase—except for the gorgeous mid-register bridge taken by Haque—that remains unresolved, even unto its ending that repeats the initial haunting guitar vamp.  “Speak Low” bursts forth as a fast-paced engaging swinger, perfect for organ trio performances. Plus, “Speak Low” allows for a bright, jabbing, flowing extended solo from Haque, not to mention Monaco’s explosive work that as usual creates a musical leading to an exciting finish.

The album starts, and this review ends, with Monaco’s composition written for the occasion of the recording. “Furry Slippers” is the kind of tune that combines the funk and fun with which Monaco excels through his soulful extroversion. Monaco invests the entirety of his energies in every activity, including every performance, which becomes an unforgettable experience. That passion for music drives Furry Slippers’ tracks, on which his on-tour trio delivers the high quality of performance that one expects from a Tony Monaco album. 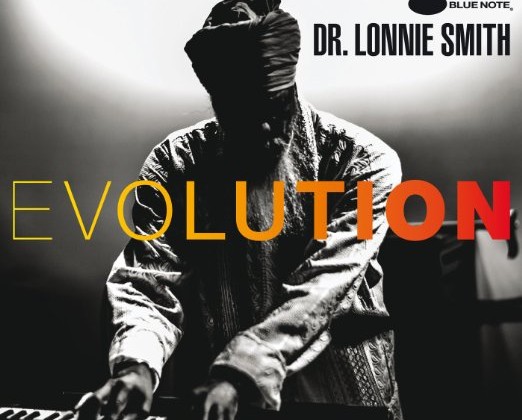