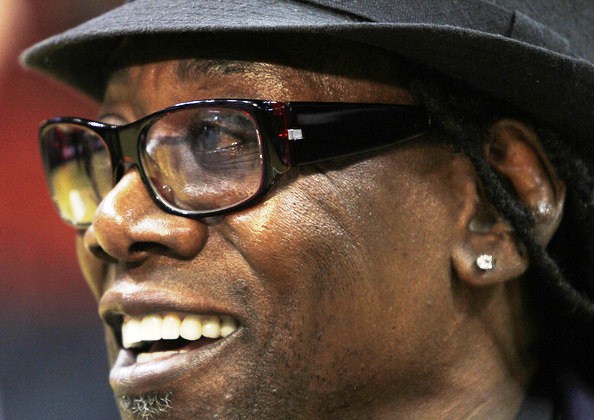 June 18, 2011, marked the passing of Clarence “Big Man” Clemons. Ethan’s offer for me to write something on the Big Man allowed me to dig out my Springsteen CD’s along with some other things Mr. Clemons had performed on.

Listening to the music brought me back to my youth, but in addition, reminded me of something I had learned as a teenager, before I ever considered becoming a jazz musician: if you can play something that compliments the song, it will have a lasting impression.

I have spent a lot of years resisting the allure of “playing the changes” at the expense of playing the song, and hearing Clarence again reminded me where I subconsciously acquired that instinct. As a student of those solos, The Big Man is right up there with King Curtis, New Orleans tenormen Herb Hardesty and Lee Allen, “Fathead” Newman, Boots Randolph (to whom Clarence pays homage in virtually every solo), David Sanborn, Phil Woods and Dick Parry. In terms of saxophone playing, the Big Man is certainly closer to Randolph than Sanborn or Curtis (and not as bad as Parry)…but what they all have in common is simply this: their solos leave indelible imprints on the songs they played on. One cannot imagine another musician taking their place.

If you know anything about Springsteen’s music, you know it is a reflection of his personal beliefs. It is hard, unrelenting, and honest. At times, those values can be very difficult to find in finer players: The ease with which the “shredders” play often has an effect of them being above the song, or worse, not even aware of the song’s existence. Clarence’s lack of saxophone prowess meant that he would have to get there with attitude, sound (which was massive!) and conviction. Thus, a musical marriage was made.

Many times, saxophone solos complimented the seemingly compulsory 8 bar break from the singing, as had been mandated since Tin Pan Alley days. When you listen to the Big Man playing on “I’m Goin’ Down,” “Badlands” or the early “Born to Run,” his solos lift the song up, taking them to the next level, a level which the Boss gladly matches. And believe me, hearing it live was even more intense!

When I was playing with Sting in the mid to late 80s, we embarked on a massive tour in support of Amnesty International. On the second tour, Mr. Springsteen and band joined. I had been critical of Clarence before then, because, as a young musician, I focused on facility and “hipness,” as opposed to the power of musical intent. On that tour, I learned a lot about Bruce, and how much music he knows. I hung a lot with Nils Lofgren and Danny Federici, and learned that Gary Talent was in that long line of super-important-yet-ignored bassists in pop music. And to top it off, I was invited to play a set with the band.

Other than with my quartet, I have not experienced that kind of intensity onstage; no matter how hard I played, it was not hard enough. And I did that gig only for an hour. When it was over, my lips felt like they usually do when I play a gig after not touching the horn for two weeks. To add to the perspective, at that time, Bruce and the Boys (and gal) played like that for about four hours every night. Clarence was very gracious to me, and he brought it. Everything I played had to have his vibe on it, so powerful was his influence on the sound of the band, and the sound on him.

After that night, Tom Hermann, Sting’s monitor man (now a sound engineer on the David Letterman show), used to hold his arm about 6.5 feet in the air, which was the cue for me to throw out a Clarence lick on Sting’s tunes. The first time I did it provoked a curious response from my boss (so opposite was it from my normal style of playing), but after that it was cool.

Whether playing with the E Street Band, or wailing on Aretha’s “Freeway of Love” (thanks to producer Narada Michael Walden, another Clarence believer), The Big Man was one of a kind, and Bruce will have a hard, if not impossible time, replacing him. The best way to close is with Mr. Springsteen, from his recording of “Rosalita (Come Out Tonight),” from the box set Bruce Springsteen and the E Street Band, Live, 1975-1985: “… and last, but not least, do I have to say his name?” No sir, you do not.

Branford Marsalis is a saxophonist, composer, and educator.