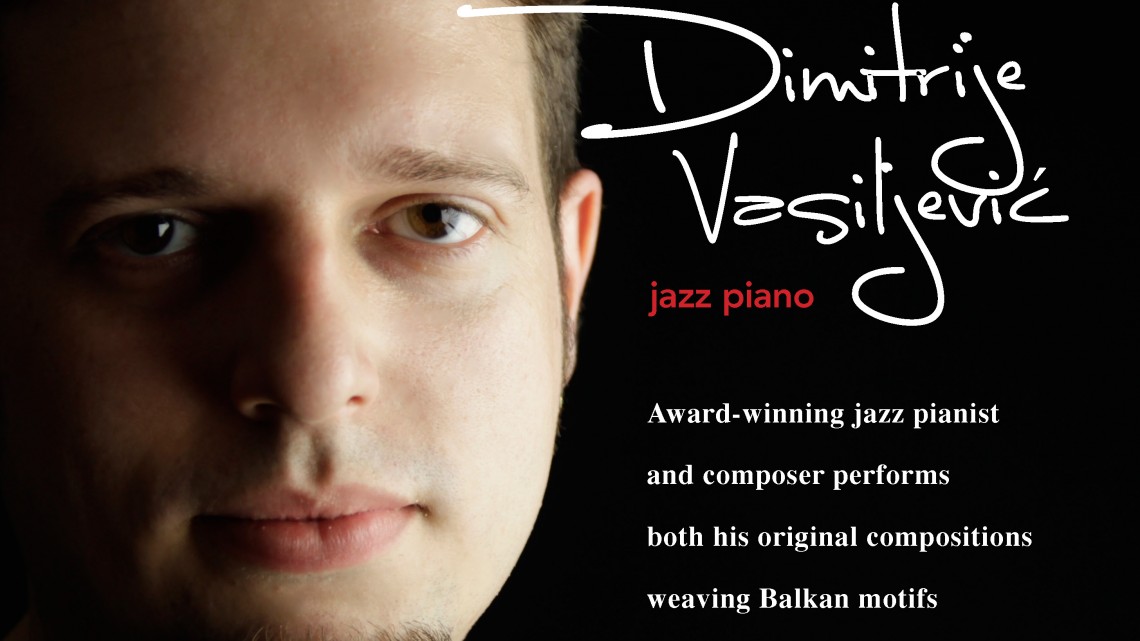 Fresh on the heels of a successful year 2013 culminating in the release of his first album, “The Path of Silvan”, and several concerts both as soloist and with his quartet, Dimitrije Vasiljevic will be making his Carnegie Hall debut in a solo piano concert on Monday, March 24, 2014 at 8:00 pm.

Vasiljevic will showcase his original compositions from his upcoming solo piano album “Metaphor”, to be released later this year. He will also perform works of some well-known American jazz masters in his own arrangements and premiere his original composition “Wardenclyffe” inspired by and dedicated to the great scientist and humanist, Nikola Tesla. Vasiljevic received recognition of achievement from the Tesla Science Foundation for his contribution in promoting the life and legacy of Nikola Tesla through music.

Vasiljevic is an award-winning (Montreux Jazz Festival), New York-based jazz pianist and composer whose “iridescent and captivating music” (All about Jazz) weaves together Balkan motifs with the subtle flavors of European jazz. Hailing from Serbia, this Berklee College of Music and NYU Steinhardt graduate is rapidly garnering international acclaim for his virtuosity and emotionally charged interpretations.

Preparing for his concert, Vasiljevic mused about selecting the program for this milestone career appearance:

“I am so thrilled to be making my Carnegie Hall solo piano debut. Performing for a New York audience my blend of modern jazz infused with Balkan rhythms and inspired by my classical music background – and in this amazing venue – is the opportunity of a lifetime for me. The audience can expect to hear a varied program and transporting interpretations.”

For more information about the concert visit the Carnegie Hall websitewww.carnegiehall.org/Calendar/2014/3/24/0800/PM/Dimitrije-Vasiljevic-Piano/

Previous post Enjoy a Musical Summer without Sweating Out!