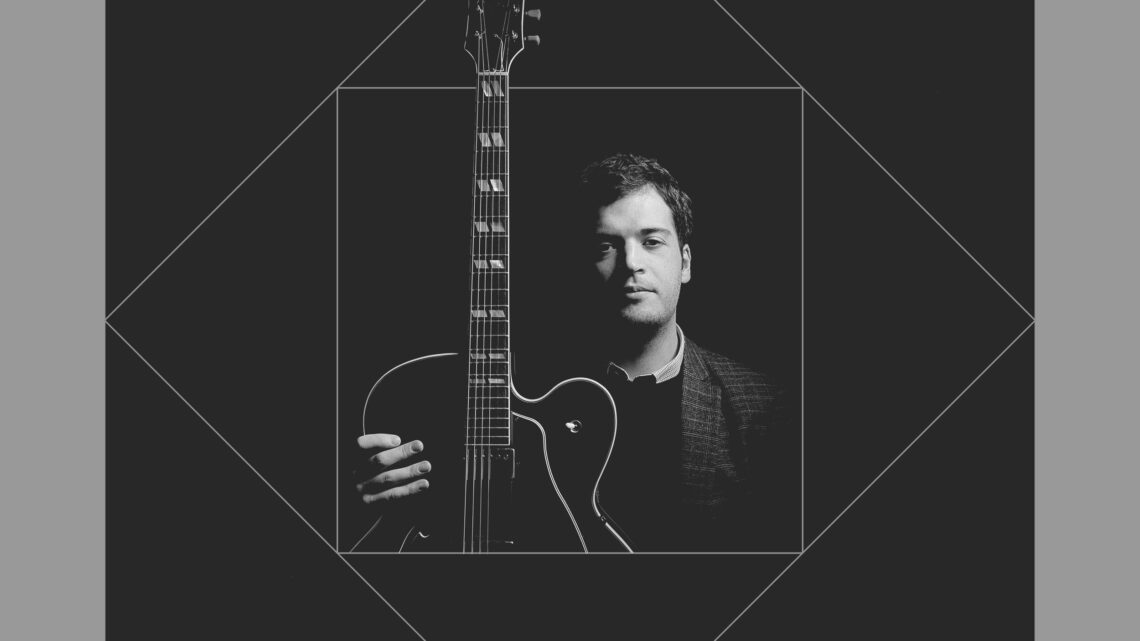 NEW YORK CITY, N.Y. – Guitarist, composer, and bandleader Dan Liparini is a musician whose identity has been shaped by a plethora of influences, spanning genres, generations, and styles. With Tessellations, Liparini reconciles these varied influences together, birthing a voice whose sound is irrefutably drenched in jazz history while maintaining an integrity and honesty that remains unique to him. Tessellations sees Liparini’s worlds of music overlap and blend in a way that feels both organic and profound as his compositions and improvisation meet, tying together his widespread strands of creativity.

Dan Liparini is a guitarist whose love of music does not discriminate based on genre. From blues icons BB King and Jimi Hendrix, Americana and Folk luminaries Bob Dylan and Mississippi John Hurt, to living legends like Wayne Shorter; Liparini is drawn to musicians who bring to the music – whether original or previously existing – something that is uniquely their own. Originally a guitar-centric player, Liparini views the guitar as an orchestra unto itself, inspired by guitarists like Bill Frisell. At the same time, Liparini sees great beauty in the jazz of musicians who are not guitarists, such as Brad Mehldau, Wayne Shorter, Thelonious Monk, Jackie McLean, and John Coltrane. While these two views of music may have differences, Liparini’s musical conception bridges this gap, seeing them all as musicians who have been honest with how their life shaped their music. Moreover, all these musicians stand out to Liparini as individuals who maintain their personal voice throughout both their improvisation and compositions, and who carefully chose their band members to bring their personal elements to the music over a long period of time.

Tessellations, Liparini’s debut album, is a series of compositions that are shaped by these varying worlds and views of music, derived from genres, artists, and life experiences that in turn shaped him.  The title of the album is drawn from the work of artist M.C. Escher, whose iconic use of tessellations in his art is often seen as connecting two visual “worlds” into one. “Tessellations is meant to represent the continuity between each song on the album,” Liparini explains. “I feel the album connects a few different ‘worlds’ of my music into one cohesive piece.” While Liparini has written many original compositions over the past ten years, Tessellations collects music exclusively from 2017 to 2019. “Each of these songs were intentionally chosen because I feel that they work together as a collection, many ‘worlds’ a part of something greater.” Moreover, the compositions on Tessellations represent a period of personal growth for Liparini, in which he faced challenges of change, which were not always able to be anticipated. This music reflects the emotional content of his life during that time and, like the tessellations of Escher, represents a meeting of two different worlds – worlds of sorrow and joy – in a way that creates something meaningful.

Musically, Tessellations contains six original compositions, all written by Liparini. The title track, Tessellations, was – like the album – directly inspired by the art of M.C. Escher and his ability to unify contrasting visual concepts through his use of tessellation. In this piece, the unifying element that binds and resolves the contrasting musical ideas is the underlying piano ostinato, whose driving presence gave the track its name. In a similar vein to Tessellations is the piece Convergence, which was written in a single sitting. Convergence derives its name from the way in which its many themes come together, and sees a bluesy texture and melody with a Wurlitzer meet a punctuated yet powerful vamp in nine, eventually colliding in an energetic double-time swing.

The music on Tessellations was not created in a vacuum. Liparini speaks highly of his band, not merely as performers, but as editors, collaborators, and co-conspirators in the creative process. “When I bring in music,”

Liparini says, “I try not to insist on anything beyond what I know I absolutely want to hear in the song, to leave room for each musician’s personality to shine through, rather than just settling for what worked last time. There’s a lot of trust involved in that.” This trust Liparini bestows in his band is not misplaced, either. Liparini has had long-standing musical relationships with the members of his band, and values their input and ideas. Even more than that, Liparini seeks their individual personalities as they come through when playing his music. Bassist Matt Dwonsyzk has been performing and collaborating with Liparini for over 10 years, a fact which Liparini cites as a distinct strength in both the performance and composition process for the music on Tessellations. “Matt is… a great composer,” Liparini says, “and brings that mindset to his interpretations of other’s music – in particular, he has a knack for finding little things that can really take a song to a new level.”

All the musicians on Tessellations attended the Hartt School of Music, and Liparini sees this “common ground” as a major asset for the music. “I’m truly very lucky to have had the chance to learn from, play and record with these great people and fantastic musicians,” Liparini remarks. “They all play with great intent, not only spending the time to learn the music but to truly make it their own and offer any insights they have.” Jen Allen, the pianist on Tessellations, is a musician with whom Liparini has been working for a few years, and someone from whom he has gained musical wisdom. “[Jen] is a great composer and it really shows in how she approaches playing other people’s music,” Liparini boasts. “Everything she does is in service of the song.” Eric Hallenbeck, Liparini’s top-choice drummer for Tessellations is the member of the band with whom he has worked regularly for the shortest length of time. Despite this, Liparini notes that Eric’s playing has had a profound impact on him. “There’s a lot of joy in the way Eric plays,” Liparini says. “He’s always finding ways to link up with the rhythm section and/or soloist to move the music where it wants to go. It’s nearly impossible to have a bad time when he’s on the kit.”

Tessellations is an album that sets for itself lofty goals of blending and melding distinct worlds – and then achieves them with flying colors. Whether these contrasts  are the music of the past and Liparini’s identity in the present, maintaining one’s unique voice and inviting other voices to join in the creative process, or expressing and experiencing sadness and elation, Tessellations binds these worlds together to create a galaxy of beauty that is carefully balanced around its centerpiece of musical integrity. With Tessellations, Dan Liparini has firmly established himself as a master builder in the pantheon of musical genius from which his album was born.

Tessellations releases on NextLevel, an imprint of Outside in Music on September 18, 2020.

About Dan Liparini:
Dan Liparini is a guitarist, composer, and educator located in West Hartford, CT. He gained his education from the Jackie McClean Institute at the Hartt School of Music, where he studied both jazz guitar and composition. Dan is well-travelled, having performed at venues and festivals including the Sidedoor Jazz Club, Talcott Mountain Music Festival, and Northampton Music Festival, amongst others. Dan has worked as a sideman with contemporary icons such as Ed Fast and Steve Davis in both the Connecticut and New York music scenes. Dan is an established faculty member of the Litchfield Jazz Camp, and taught guitar classes at Avon Old Farms School, where he still works as a private instructor.

NEXTLEVEL is an imprint of Outside in Music, dedicated to early career and first-time bandleaders seeking to make an impact on the music. OUTSIDE IN MUSIC is a record label and media company that exists to serve musicians. We are a community that strives to lift its artists above the noise of the 21st-century music industry and make music that expresses the sounds of today’s wide-ranging jazz and creative music scene.