I CALLED HIM MORGAN TO BE SCREENED AT THE SHARP NINE GALLERY JAZZ AND BLUES CLUB, DURHAM, NORTH CAROLINA, 1/4/18 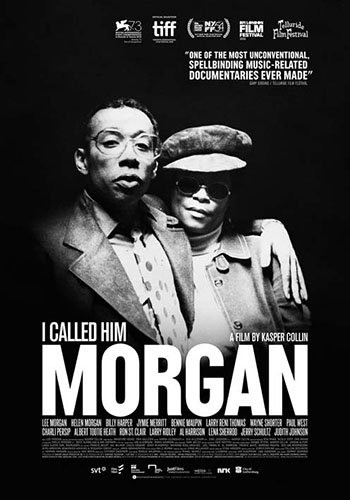 Chamber Soul Media, in association with Sharp Nine Gallery Jazz and Blues Club, presents the screening of the documentary “I Called Him Morgan” (www.icalledhimmorgan.com) and a post-screening panel discussion moderated by musician Shana Tucker with reedman Bennie Maupin and author/radio announcer Larry Reni Thomas, both of whom are featured in the film.  The event will take place Thursday, January 4, 2018, from 7:00 pm until 9:30 pm, at The Sharp Nine Gallery, 4608 Industry Lane, Suite L, Durham, North Carolina.

“I Called Him Morgan” is a much-acclaimed documentary movie, about the life, times and death of the famed trumpet legend, Lee Morgan, who was killed February 19, 1972 by his common-law wife, Helen Morgan.  It has received rave reviews in The New York Times, Los Angeles Times, Time Magazine, Esquire, The Village Voice, Variety, Hollywood Reporter and other well-known publications.  It was also recently nominated for the 2017 NAACP Image Award.

Bennie Maupin, a Los Angeles-based veteran musician who was a close friend of Lee Morgan and a member of the Lee Morgan Quintet, has also performed and recorded with Herbie Hancock, Miles Davis and others. Larry Reni Thomas, a Chapel Hill, North Carolina-based writer/radio announcer, interviewed Helen Morgan in February 1996, a month before her death in March of that year.  The exclusive interview, which has been called “the backbone’ of the documentary, is used throughout the film.  Thomas, the host of “Sunday Night Jazz,’ on WCOM-FM (www.wcomfm.org), Chapel Hill-Carrboro, North Carolina, is also the author of “The Lady Who Shot Lee Morgan.”