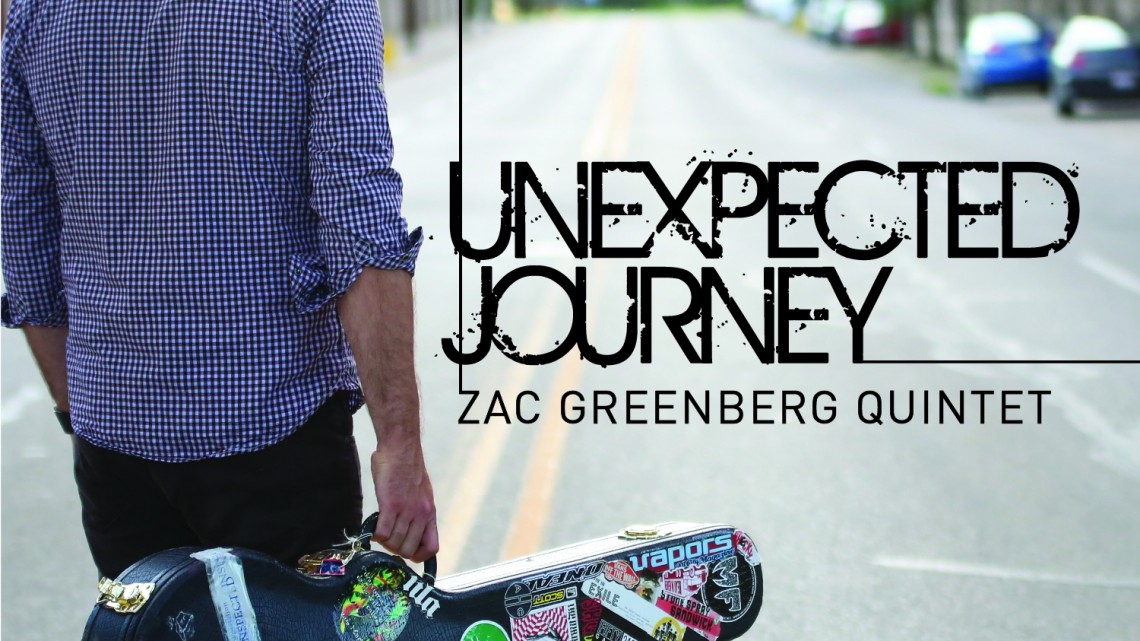 (NEW YORK, NY) – Zac Greenberg’s new jazz-fusion album UNEXPECTED JOURNEY is brash and beautiful; one minute predictable, and then, surprising. In other words, it is like life itself.

Inspired by cancer, the music paints a picture of one cancer patient’s road from normalcy to shock, fear, acceptance and, hopefully, recovery. The men in Greenberg’s life who inspired the album—his grandfathers—were not so fortunate. Both died from cancer. “Unexpected Journey” is the composer’s tribute to them and to others who are fighting the disease, as well as the medical professionals who care for them and are seeking a cure. Before composing the music, Greenberg interviewed cancer survivors and doctors.

“One of the things I heard echoing through all of my cancer research was how quickly and unexpectedly patients’ lives change, once they are diagnosed,” said Greenberg, who is based in New York. “This music is a study into the human reaction in the face of unexpected unknowns and mortality.”

“Unexpected Journey” consists of four movements—“Life,” “Diagnosis,” “Treatment” and “Beyond.” The music begins with a steady, pleasant melody which suddenly collides with a cacophony of sound, disorienting the listener in a way that a patient might feel upon hearing the news that he has cancer.

The music evolves to a discernible melody as then to a steady, intentionally monotonous rhythm of daily treatment, gradually speeding up as if to suggest a growing restlessness with the patient’s agonizing ordeal. Finally, the music takes us to a point of acceptance and hope for a positive outcome. Part of “Unexpected Journey” can be seen here: https://youtu.be/p1u_qB8vA6o.

Greenberg, who plays bass on “Unexpected Journey,” received his training at the Idyllwild Arts Academy in California; the University of North Carolina Wilmington; and at New York University. He has studied under such well-known musicians as Jack Casady, Jorma Kaukonen, Stanley Clarke and Drew Gress. Rounding out the Zac Greenberg Quintet are four other excellent musicians.

Saxophonist Dave Engelhard has toured with the Zac Brown Band, and has performed on stage with the likes of Gregg Allman, Tom Scott, Shelly Berg, John Mayer, Grace Potter, Scott Weiland and others. Guitarist Amos Rose is a New York-based performer, teacher, recording engineer and producer. He has performed throughout the United States, as well as in Brazil, China, France and Qatar. Guitarist Kevin Wunderlich began studying with renowned session musician Joe Beck while in high school, before moving to New York City to study in New York University’s jazz program. He has since become a fixture on the NYC experimental and avant-heavy music scene, performing and recording regularly with experimental artists Epistasis, Voice Coils and Couch Slut. Drummer Bennett Eiferman studied with legendary musicians in New York including Joe Lovano, Ari Hoenig, Jean Michel Pilc, Steffon Harris, Dafnis Prieto and more.