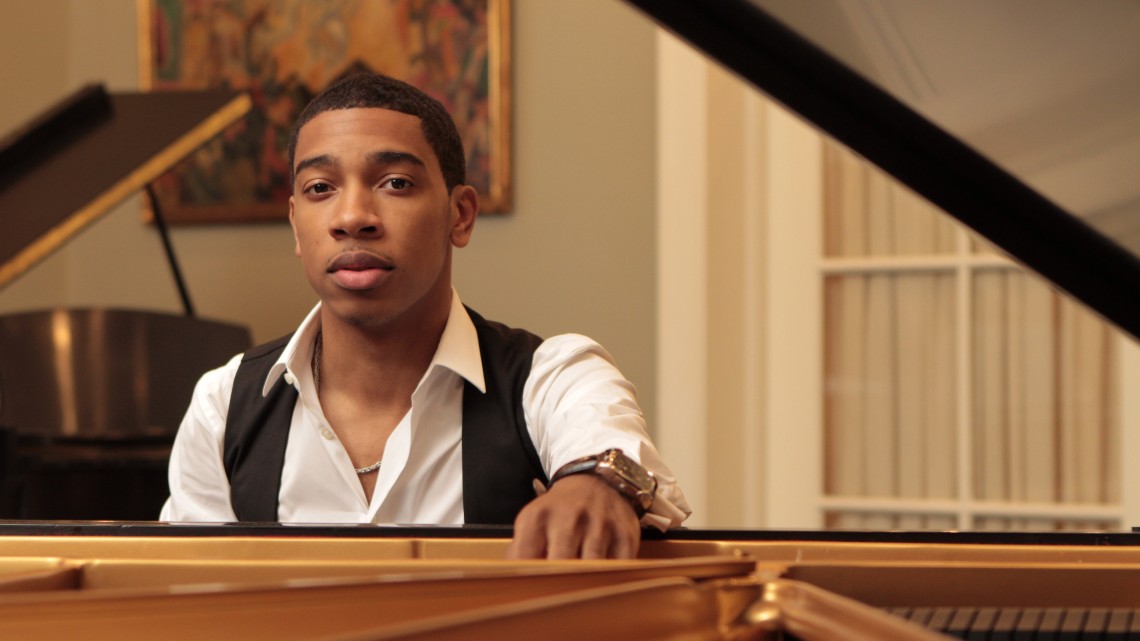 (CINCINNATI, Ohio) – Multi-Grammy-nominated jazz pianist Christian Sands will include “Southern Song,” his moving tribute to Black History Month, when he performs in Cincinnati on Sunday, February 28, as part of the Xavier University Jazz Series. The piece was inspired by a poem of the same title, by the late poet Margaret Walker.

“I had read her book, ‘Jubilee,’ and became a fan of her work,” Sands said. “Doing some research on her, I came across ‘Southern Song’ and fell in love with the piece. My mother is from the Georgia, and being close with that side of my family, my grandmother in particular, and hearing stories of their upbringing, Ms. Walker’s piece stayed in my spirit. The words are strong and resemble what many African Americans can relate to.”

Sands, who is a Steinway Recording Artist, has been nominated three times for a Grammy Award. As a teenager, he performed on the 2006 and 2007 Grammy Awards, including a duet with jazz great Oscar Peterson. In 2012, he was also an American Pianists Association Jazz Fellowship Awards Finalist. Though he has performed in Cincinnati before, as part of the Christian McBride Trio, his upcoming concert will be his first solo performance in the area.

Growing up in suburban Baltimore, Sands began studying music at age 4 and wrote his first composition at the age of 5. He received Masters and Bachelor of Arts degrees from the Manhattan School of Music. He has performed throughout the world, often sharing the stage with such jazz luminaries as trumpeter Wynton Marsalis, vocalist Esperanza Spalding, bassist Ben Williams, composer and pianist Jason Moran and many more.

Now 26, Sands is known for his wide range of jazz performance styles, including stride, swing, bebop, progressive, fusion, Brazilian and Afro-Cuban. Jet Magazine named him a future rising star and, in 2015, he was featured in Vanity Fair’s Jazz Youth-Quake.

“For someone so young, Christian Sands has an amazing understanding of the styles he is playing in,” said Polina Bespalko, director of the Xavier University Jazz Series. “He brings so much freshness and individuality to everything he does. He is a true phenomenon.”

In addition to his concert at Xavier University, Sands will also teach a master class at the University of Cincinnati College-Conservatory of Music (CCM) on Saturday, February 27, courtesy of Jazz Alive, a nonprofit organization dedicated to advancement of jazz.

The Xavier University Jazz Series will present Christian Sands in the Gallagher Theater at Xavier University on Sunday, February 28, at 3:00 p.m. Tickets range from $3 to $28 and can be ordered by calling 513-745-3939 or by visiting www.xavier.edu/musicseries/.

Information about Christian Sands is available at www.ChristianSandsJazz.com.

Next post Grammy-Winner Antonio Sánchez and Migration to Perform at Xavier University in Cincinnati, March 13