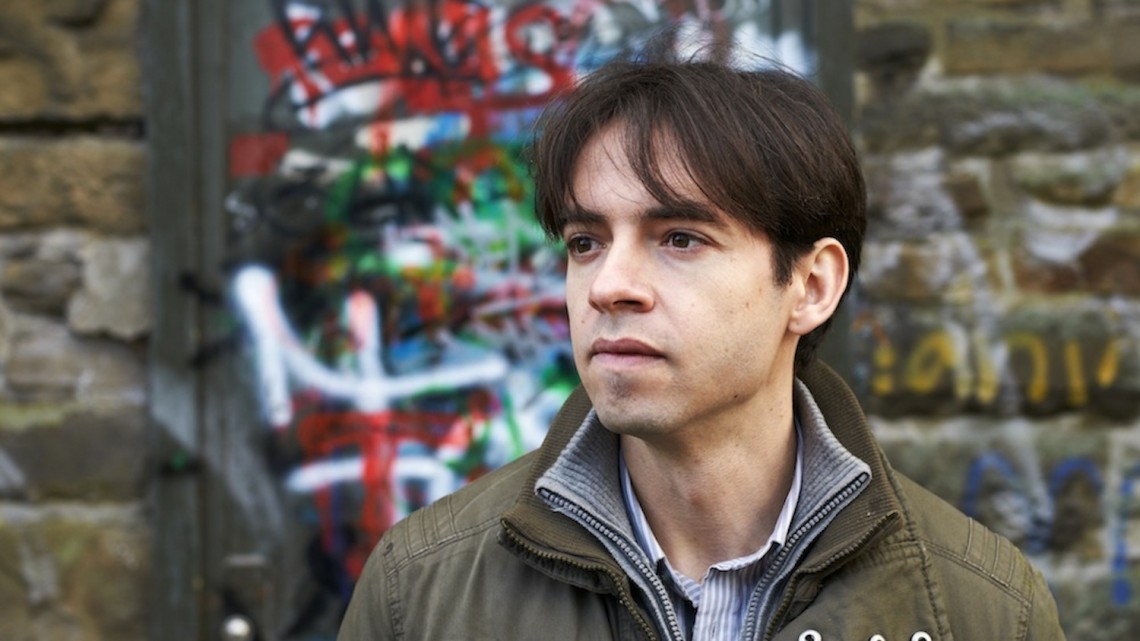 “I don’t think I have ever met an improviser who has more surprises in store…a true Genius.” – Gary Burton

“More than just a strong pianist, he’s a composer who blends form and freedom in new ways.”

– John Kelman, All About Jazz

Ridgeway Arts, the new non-profit dedicated to developing the Bay Area educational and performance scene, presents three concerts May 5-7 by internationally renowned pianist/composer Vadim Neselovskyi. Neselovskyi will also conduct workshops with area students. Classically trained at conservatories in his native Odessa and in Germany, Neselovskyi honed his jazz chops on German jazz stages and at Berklee College of Music. There, he was discovered by Gary Burton, who made him a member of his Next Generation band. Neselovskyi now tours the world as a soloist, works with symphony orchestras worldwide, and is a professor at Berklee.

Neselovskyi will perform in both a solo setting and with critically acclaimed bassist/composer Jeff Denson. He’ll also give workshops for area students, some of whom will perform at the concerts. While in town, he’ll be interviewed by Andrew Lion for a podcast to air on Ridgeway Radio’s “On The Scene SF/O.”

Daytime workshop for students at the California Jazz Conservatory, Berkeley.

Daytime workshop with Napa Valley High School students who will open the evening concert with a performance of the music they were coached on by Neselovskyi.

Critics have praised NY-based pianist/composer Vadim Neselovskyi for “extraordinary playing” (Los Angeles Times), “exceptional composition skills” (musicweb-international.com) and a “feathery touch” (New York Times). While mostly known as one of the key members of multiple GRAMMY® winner Gary Burton’s quintet, and as a featured pianist and composer on Burton’s Concord Records release Next Generation, Neselovskyi is rapidly gaining a reputation as a band leader, creating a “thrilling blend of classical and jazz” (jazzreview.com).

Neselovskyi grew up in Odessa, Ukraine, where he studied at the Odessa Conservatory before moving to Dortmund, Germany when he was 17. Shortly after arriving in Germany, he established himself on the local jazz scene, taking part in the Dusseldorf Jazz Rally and Leipzig Jazz Days. He moved to Boston to further his studies at Berklee College of Music, where he was discovered by Gary Burton. Before graduating from Berklee, Neselovskyi was asked to play and compose for a Berklee promotional recording produced by Pat Metheny. Four weeks after graduation he was playing with Gary Burton at the Blue Note in New York and subsequently toured with Burton’s quintet in the US, Europe and Japan. Burton recorded two of Neselovskyi’s compositions on his acclaimed CD Common Ground. Neselovskyi, winner of Second Grand Prize BNP Paribas at the 5th Martial Solal International Jazz Piano Competition in Paris, has been a Professor for Jazz Piano at Berklee College of Music since 2011.

Neselovskyi has been collaborating with symphony orchestras in the US, Germany and Ukraine since 2014. In 2015 Neselovskyi produced “A Concert for the Ukrainian People” at Berklee Performance Center in Boston, a performance that featured Gary Burton, Neselovskyi’s trio and the Balcan Choir under the direction of Christian Karam. The proceeds supported Ukrainian refugees. He will present an evening-long orchestral program at the Alfa Jazz Festival in Ukraine in June 2016 and at the Sandpoint Festival in Sandpoint, ID in August 2016.

Today, the art of jazz expression and the world of formal education are fully intertwined. Both demand powerful commitment, and pursuing both is immensely challenging. Bassist/composer Jeff Denson is meeting that challenge.

Fully immersed in both worlds since the late 1990s, Denson has balanced careers as an acclaimed performing musician and a highly respected educator. With a doctorate from the University of California San Diego, Denson is a full professor at the California Jazz Conservatory and also serves as its Outreach Director, nurturing young musicians into the world of professional performance while promoting partnerships and relationships among various elements of the Bay Area scene.

Currently leading or co-leading four distinct ensembles, Denson has toured extensively throughout the US and Europe with his own groups – including the renowned cooperative trio Minsarah. He’s worked with some of jazz’s finest artists, such as Anthony Davis, Mark Dresser, Joe Lovano, Jane Ira Bloom, and Kenny Werner, and has enjoyed an ongoing musical relationship with the legendary Lee Konitz since 2007. DownBeat Magazine has praised Denson for his “considerable gifts as an improviser, interpreter and sonic trailblazer…”

Denson has brought his many pursuits under one umbrella with the recent unveiling of Ridgeway Arts, Inc. He introduced the initiative with the recording The Jeff Denson Trio + Lee Konitz, and followed up with Arctic by Alan Hall’s critically hailed electric ensemble Ratatet. Denson’s new recording, Concentric Circles, will be released in June 2016.

Previous Denson releases include a pair of duo recordings on pfMENTUM Records: Two, with the remarkable European clarinetist Claudio Puntin; and I’ll Fly Away, a re-imagination of hymns and spirituals with pianist Joshua White, who is also a member of the Jeff Denson Trio. That trio performs both as a unit and as The Jeff Denson Trio + 1, and tours extensively throughout the US and Europe, as does his ensemble Secret World. Jeff is also exploring new ground with the cooperative experimental ensemble Electreo and is working on his opera, WEBS.

Ridgeway Arts, Inc. is a new non-profit serving the Bay Area jazz scene led by renowned jazz bassist/composer/educator/community activist Jeff Denson. The organization is built upon a series of initiatives designed to enhance and fortify the Bay Area scene, and to make a strong contribution to the national landscape of jazz and the arts in general. Ridgeway Arts presents concerts, releases exceptional recordings, organizes educational and community outreach activities, and other projects.