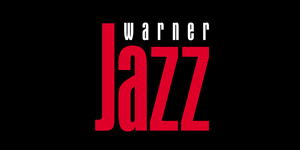 Over the last couple of months, I’ve had a renewed appreciation for the monumental early work of the Modern Jazz Quartet and the last recordings of The Black Magus, Miles Davis.

With now historic standards such as Django, the MJQ built on the work of Duke Ellington, bringing a measure of sophistication and refinement to jazz and weaving a European classical sensibility and symphonic element into the music.

In 1985, Miles Davis decamped from Columbia Records to Warner, reinventing himself yet again and bringing a whole new generation along with him in the process.

The new Warner Jazz compilation also pulls this output together.

With the help of bassist/clarinetist/producer Marcus Miller, Davis released the Grammy winning Tutu and Amandla mirroring the electronic sounds of the day and a penchant for slick grooves and high-pitched snare drums. The Warner compilation also features the somewhat spotty soundtracks, Music From Siesta, and Dingo and Miles’s hip-hop influenced final studio CD, Doo-Bop, which garnered a posthumous Grammy.