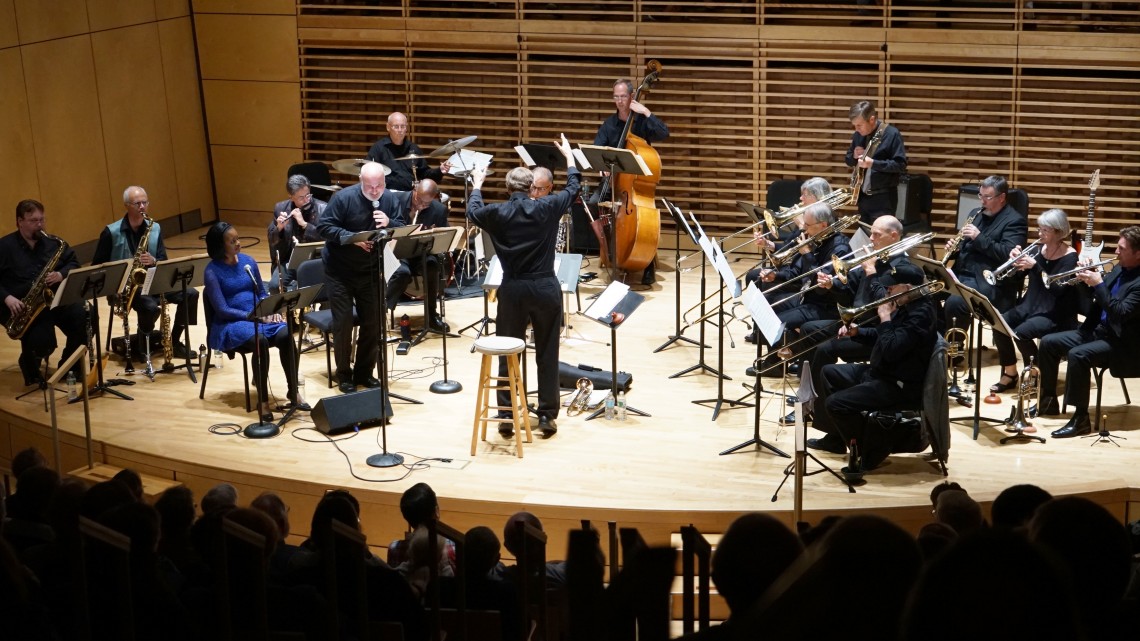 The CD has already garnered rave reviews in Europe. Jazz Podium (Germany) called the disc “fresh….unconventional….Aardvark Jazz Orchestra proves once more its reputation as one of the best jazz ensembles in the world,” while Jazz Views (UK) praised the “highly imaginative and varied music which is marvelously suggestive of its themes….The Aardvark Jazz Orchestra play beautifully all the way through the album. It speaks an extraordinary dialectic, harmonious though bizarrely ruminating. Exceptional music indeed.”

In the April 16 show, Aardvark will perform the centerpiece of the new CD, Commemoration (Boston 2013), a tribute to the victims and survivors of the Boston Marathon tragedy. In addition, Harvey will present Dreaming (2014) and No Walls (2004), and premieres of his latest works Fluctuations and By the Way.

Founded in 1973, Aardvark is one of the longest running large jazz ensembles in the world. As Michael Ullman wrote in ArtsFuse (October 2015), “Led by trumpeter-composer Mark Harvey, Boston’s own Aardvark Jazz Orchestra is something of a miracle as well as a consistent joy…. it is has been performing brilliantly evocative, varied original music with a steady core of personnel for 43 years.”

Next post Review: Mings and Craig CD Day By Day