Arts and sports unite New York, Chicago and Belgrade for a good cause 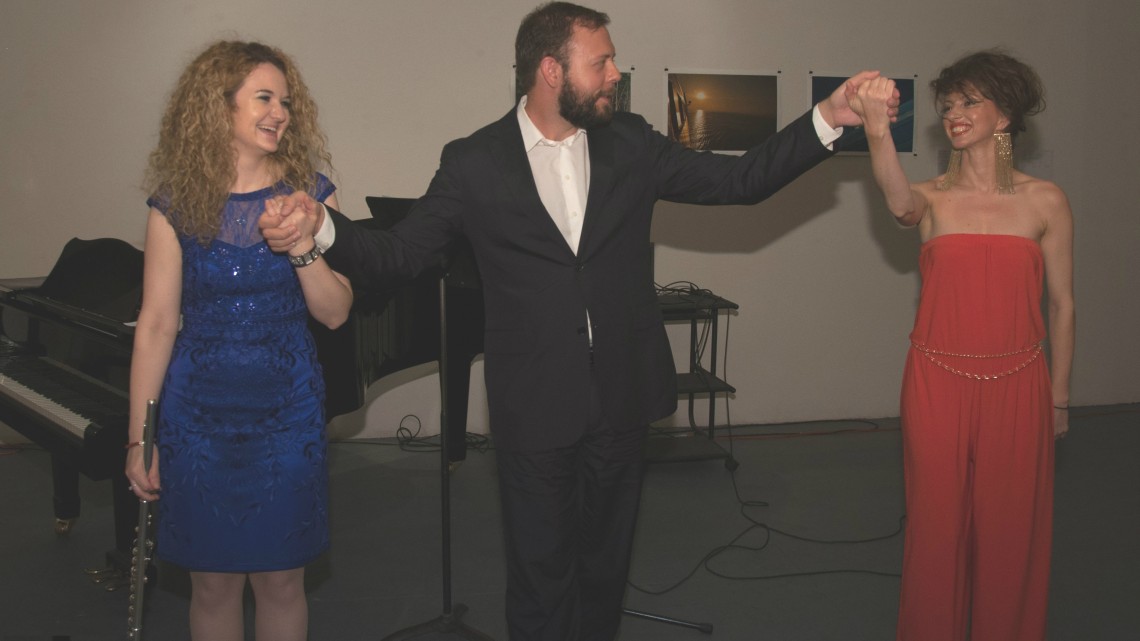 A benefit to raise funds for the Basketball Peace Ambassadors program was held on June 26th at Gallery MC in New York, reported LeitmotivArts, an agency for the management and promotion of Balkan cultural events in America and organizer of this event.

Basketball Peace Ambassadors initiative is headed by coach Vlado Jakšić from Chicago who is utilizing basketball as a vehicle to teach cultural sensitivity and awareness, while teaching life skills. A great feature of this program is the travel abroad program where Balkan diaspora and inner city Chicago youth get to travel to Serbia to learn about culture and the European style of play. With the rich basketball tradition in the United States and Serbia, kids from both places get an opportunity to learn about new cultures through the lens of basketball.

Over a dozen artists from the Balkan region, joined by artists from various countries including the US, Brazil and Korea, participated in yet another event organized by LetimotivArts for a good cause.  The evening featured jazz, opera and classical music, ending with some traditional Macedonian songs.

The rich musical program showcased two jazz duos, saxophonist Jan Kus from Slovenia and bassist Dan Martinez from Puerto Rico, and vocalist Ruby Choi from Korea accompanied by Brazilian pianist João Martins. Having met that evening for the first time, these talented musicians decided to join their instruments and open hearts on stage and performed as a quartet. Croatian pianist Augustin šimat performed works by Franz Liszt. The evening closed with the trio consisting of flutist Ana Tanasijević from Serbia, pianist Brian Halman from the US and Macedonian soprano Gabriela Gjorgeva performed classical pieces as well as some traditional Macedonian songs.

“Nothing in this world can connect our hearts as sports and arts! I’m truly happy that all of us performing tonight touched many hearts with their music” said Ana Tanasijević.

At the intermission, the audience had an opportunity to watch promotional videos about the Basketball Peace Ambassadors program and learn more about achievements to date. Teaming up humanitarian organizations such as the Heartland Alliance, the Support Group, Ana and Vlade Divac Foundation and others, coach Jaksic took two talented students on a basketball and cultural exchange to Belgrade, Serbia: in 2013 Damian Robinson, a talented young basketball player from Chicago’s inner city, and in 2014 Daniel Poneman, a young man who created a website and network relied upon by college coaches for recruiting Illinois basketball players. “Basketball brings the world together” believes Damian Robinson, now a college student majoring in community leadership.

Through this program, both Robinson and Poneman have not only established new friendships and learned about a new culture, but have also learned to appreciate the strength of relationships built on peace and understanding, on and off the court. Both of them have become Basketball Peace Ambassadors, mentoring the new recruits and becoming a new generation of leaders in their communities, working to create a better future together.

Saxophonist Jan Kus talks about the parallels between basketball and jazz (Photo by: Wagner Santiago)

Saxophonist Jan Kus, who grew up with basketball, talked to the audience about the similarities between basketball and jazz. “I am happy to take part in such a great event, especially since I trained basketball for five years and I still follow major championships and NBA games. My father played basketball semi-professionally throughout my childhood and at one point was at try-outs for the Yugoslav junior national team. I believe that there are many parallels between basketball and jazz music – in both cases we are talking about “team sports” that use some form of improvisation, occurring within some form of external structure. As basketballers play within set lines on the court, so we jazzers play within note lines and then perform various “dribblings”, “jumps”, “shoots” and “assists” to our teammates. All of that happens with respect of many rules of harmony, rhythm and interaction, and how we handle various situations builds our personal style – just like in the game of basketball”.

Guests attending included a diverse group of New Yorkers as well as their guests visiting from Europe. Among them were members of the diplomatic corps and the United Nations and academia as well as the opera diva Dragana del Monaco, the principal soloist of the Serbian National Theatre opera company. The concert was rich in the diversity of the repertoire, just like the representatives of the various world cultures present in the audience.

“LeitmotivArts exists to promote culture and artistic creativity in all its forms. Sports and arts are often pitted against each other but I see them both as instruments for peace. We partnered with Basketball Peace Ambassadors to build a stronger bridge between music, arts and sports with the aim to support and develop talented artists and athletes and promote peace, respect and mutual understanding” said Danijela Milić, founder of LeitmotivArts.

Previous post Check out these jazz shows at The Ridgefield Playhouse!