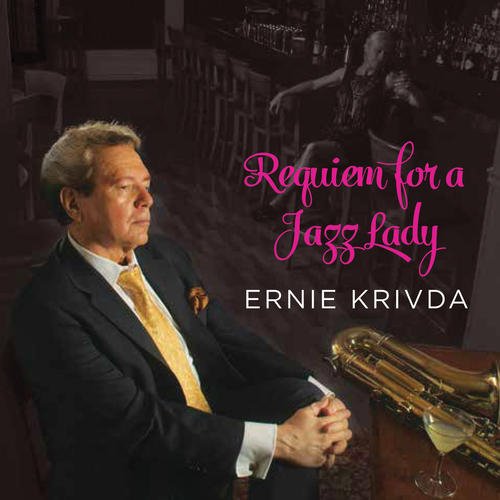 Los Angeles had its Black Dahlia Murder. Lesser known is Cleveland’s horrific murder of 16-year-old Beverly Jarosz. Both were inexplicable still-unsolved crimes that the media sensationalized at the time. Coincidentally, these brutal murders also captured the spirits of those cities. Their descriptions or depictions usually include atmospheric references associated with the decades in which they occurred: dark, cool smoky scenes for the Black Dahlia Murder or blue-collar, integrated nightclubs for the Jarosz murder. Bob Belden created an entire album dedicated to the murder of Elizabeth Short, and The Black Dahlia Murder is a metal band created in the new millennium, its name a testament to that crime’s unending notoriety. Cleveland-based saxophonist Ernie Krivda has released his own album inspired by the continuing intrigue set up by Jarosz’s murder, Requiem for a Jazz Lady.

The inspiration for the album occurred when, decades later, Jarosz’s sister’s attorney contacted Krivda for any clues about the murder because in 1964 Beverly had started to discover the jazz clubs of Cleveland. Even though Krivda had no information to offer, the phone call from Jarosz’s sister’s attorney, like Marcel Proust’s madeleine cake in Remembrance of Things Past, released Krivda’s flood of memories about his immersion in the sixties Cleveland jazz scene that inspired other Cleveland-based musicians like Chuck Findley and Joe Lovano. That abundance of recollections inspired Krivda to compose his own music reflective of the times.

Obviously, Requiem for a Jazz Lady is a heart-felt album. Krivda’s 18 pages of liner notes offer an abundance of information about Cleveland jazz in the 1960’s, including images of nightclub posters (such as Leo’s Casino’s poster for The Temptations, with a coming attraction of “Mr. John Coltrane”), a photo of Krivda performing at The English Grille, and of course a description of the tragic Jarosz’s incipient involvement in jazz. As a result, Requiem for a Jazz Lady becomes an instant keepsake documenting that moment in time in that city.

And so, recorded live at Cuyahoga Community College in Cleveland, Requiem for a Jazz Lady not only pays respect to Jarosz. More than a recollection of Krivda’s early jazz career, it also honors the city that provided the circumstances for Lake Erie jazz to flourish. It still flourishes. Cleveland hosts the Tri-C JazzFest in June. And as it has for three generations, Cleveland provides/provided opportunities for local jazz musicians. Like trumpeter Dominick Farinacci. Or trombonist John Fedchock. Or vocalist Vanessa Rubin. Or Lafayette Carthon, who plays piano on Requiem for a Jazz Lady.

Krivda has developed one of the genre’s instantly recognizable tenor sax voices—throaty, ornamental, raspy, wailing and beseeching with occasional Eastern European references. His signature vibrato and his long, impassioned improvisations and cadenzas get to the heart of a song. It’s no exaggeration to state that Krivda’s sound is an original. No other tenor sax player even approximates Krivda’s style or tone. Krivda may be added to the list of tenor sax players with distinctive sounds of their own, like Stan Getz, Wayne Shorter, Lester Young, John Coltrane, Stanley Turrentine, Coleman Hawkins, Sonny Rollins, Charles Lloyd or Joe Henderson. This is not to compare Krivda to any of those tenor saxophonists. Nonetheless, a listener can instantly recognize Krivda’s sound in the same regard that one would immediately recognize alto saxophonists Charlie Parker, Cannonball Adderley, Johnny Hodges or Paul Desmond. An original who has been performing jazz since 1963—and who is still going strong, proof of which is contained in Requiem for a Jazz Lady—Krivda has a reputation that may increase as successive generations discover the distinctiveness of his playing.

For Requiem for a Jazz Lady, Krivda recruited locally respected jazz/gospel pianist Carthon, as well as bassist Marion Hayden and drummer Renell Gonsalves. And so, with cogent civic and musical immersion, Krivda’s quartet let its audience feel its pride in the city with compositions that express Cleveland’s urban complexity by pinpointing touchstone cultural elements.

Perhaps because of their narrative feel, the tracks of Requiem for a Jazz Lady are compact, comprising the statement of a theme, heightening emotion, solos, and conclusions—rather than long discursive improvisations. Instead of extending a stylistic theme throughout an entire album, though civically thematic it is, Requiem for a Jazz Lady delights by contrasting moods, thanks to Krivda’s varied compositional vignettes.

Most notable in that regard are “Great Lakes Gumbo” and “Emerald,” stirring contrasts in consideration of the same city, one with a rich history that’s less often recounted than New York’s, Chicago’s, Los Angeles’s or New Orleans’s. “Great Lakes Gumbo” revels in Cleveland’s most notable natural resource and captures the city’s spirit energized by the commerce and arts it established. The tune consists of a minor blues groove, more concise and more danceable than many of Krivda’s performances. Moreover, “Great Lakes Gumbo” provides an opportunity to hear the tightness of the quartet, as Carthon’s inspired solo develops as an extension of the loping bass lines and the propulsive drumming. “Emerald” represents another reflection from Lake Erie as Krivda calms the audience with a slower, more meditative composition of appreciation for the beauty that occurs as seasons change. In medium tempo, Krivda is lyrical, singing without words a rhapsody. “Emerald” maintains passionate calm in consideration of its song form, as liberating and structured as “I’ll Close My Eyes,” which the album also includes in slowly unfolding, long-toned, soulful adaptation. With endearing charm, Krivda plays a waltz, “Little Face,” a tribute to his wife. Played mostly in the middle to lower range of the saxophone, the song’s accessibility and concision allow for relaxed improvisation, including Carthon’s extended, beautifully crafted solo.

In contrast to Krivda’s expressions of satisfaction and real happiness with his life in the city named after lifelong Connecticut resident Moses Cleaveland [not misspelled], the title track, its final one, covers Cleveland’s darker side with the film noir-like suavity for which Krivda’s full-bodied tone is entirely suited. Even though Krivda wasn’t able to provide assistance for Jarosz’s sister’s search for answers to the unforgotten criminal investigation, he was able to provide some assistance to ensure that Beverly Jarosz will never be forgotten. In the process of creating Requiem for a Jazz Lady, Krivda recalled a formative era within the Cleveland jazz continuum that produced numerous musicians who kept alive its musical style and spirit.

Next post Mings and Craig debut CD 'Day By Day' 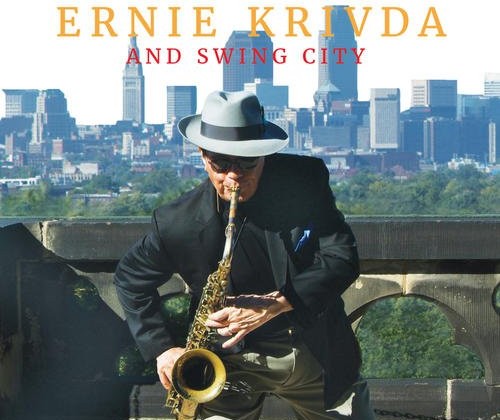