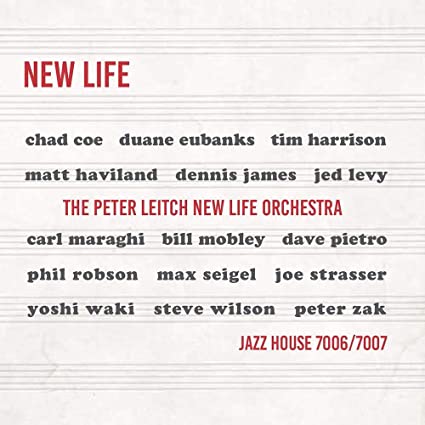 Leitch’s transition from an acclaimed jazz guitarist who performed with numerous jazz masters to a jazz orchestra leader and composer occurred not through a voluntary decision, but through involuntary change.

Leitch, of course, would have wished to continue his successful career as a first-call jazz guitarist, performing on his own albums, as well as providing back-up with his warm, melodic tone on numerous albums by the likes of Oscar Peterson or Jack McDuff.

Then in 2012 Stage IV lung cancer intruded on Leitch’s life as he knew it. Leitch’s oncologist, Dr. Maxim Kreditor, presented his dilemma: a life span possibly of only a few more months, or a radiation/chemotherapy treatment that would and indeed did damage the nerves in his left arm, thereby preventing him from playing guitar.

Living thereafter with the constant underlying fear known in the depths of cancer survivors’ souls that leads in a new way to an appreciation of the miracle of life and the preciousness of each day, Leitch substituted the loss of his most valued ability—playing guitar—for creative avenues to uplift others’ spirits.

Never having arranged orchestrally before, at first Leitch dabbled with various colors and instrumentation before setting up sessions to hear what the arrangements sounded like. Then he added more sessions as he arranged even more of his own compositions, either new ones or pieces from earlier recordings. The instrumentation of his Orchestra eventually gelled into the full spectrum of sound that he sought, from the upper register of flutes and soprano saxophones to the lower end with bass trombone, baritone saxophone and bass clarinet. And naturally, added Leitch’s accustomed sound of guitar to the broad texture, along with a standard rhythm section.

After continuing to create more jazz pieces as he settled into his new musical identity of composer/arranger/orchestra leader, and after the New Life Orchestra’s first performance at The 78 Club in 2018, Leitch has released his abundance of new music on his two-CD album, New Life.

Leitch appears to have chosen the sequence of tracks with care because the first track honors Dr. Kreditor, whose treatments has allowed for more than eight years of survivorship, and the second track is dedicated to Leitch’s wife, Sylvia Levine, whose steadfast caregiving no doubt helped lift Leitch’s spirits throughout his journey. The mood of “Mood for Max” is one of exhilaration with a bright, rippling post-bop theme delivered by the flutes and written to allow lots of space for improvisation. Trumpeter Bill Mobley picks up on the changes with an energetic solo, as do Steve Wilson on alto sax and Peter Zak on piano. “Portrait of Sylvia,” slower and more balladic with descending harmonic accents, was expanded from a piece that Leitch had played on guitar. Again, improvisation is king as trumpeter Duane Eubanks crafts a beautiful solo before Phil Robson, Leitch’s choice as replacement guitarist, delivers a warm, straight-ahead solo of his own.

Written over two years, the seventeen tracks of New Life provide a wealth of music not easily contained within a single review. But there are highlights.

There’s the jaunty, buoyant “Sorta, Kinda,” which switches between Yoshi Waki’s infectious four-note vamp and then walking bass lines as it emerges as a piece that, naturally, a guitarist would enjoy improvising over. And indeed Robson does, but so do Wilson with notable joyousness and Eubanks with exclamations and swing.

There are “Monk’s Circle” and “Round Midnight.” At only two minutes, “Monk’s Circle” celebrated as an appreciation in 1983 the renaming of the cul-de-sac where Thelonious Monk lived to “Thelonious Sphere Monk Circle.” After the oblique harmonies of “Monk’s Circle,” “Round Midnight,” Leitch’s first arrangement for the New Life Orchestra, honors Monk’s own harmonic changes without undue deconstruction as it allows for, as is the wont for all of Leitch’s arrangements, improvisations, this time with Robson’s fluid sound and Eubanks’ muted trumpeting.

There’s “Back Story,” a slow blues that confirms the rightness of Leitch’s choice of instrumentation for the orchestra as Matt Haviland brings forth the tenor trombone’s ability to “speak” to audiences with its emotional voicings and, particularly, as Max Seigel explores the lowest extremities of the orchestra’s register on bass trombone. “Tutwiler 2001,” only 2:15 in length, presents Chad Coe’s acoustic Deep South blues guitar riffs that the Orchestra mirrors in meditative modal terms as a brass harmonies blossom. “Elevanses” reveals one of the inspirations for some of Leitch’s modally based arranging techniques as his vibrant hues and dynamic tensions allude to the works of Gil Evans, over which Wilson warbles on alto sax.

There’s “Exhilaration,” which Leitch, now realizing in reflection, felt when he arrived in New York City in 1982. The fluttering melodic lines, at medium fast tempo, pulsate with excitement as Leitch allows room for stirring solos by Mobley, tenor saxophonist Jed Levy, Zak and Eubanks. Just as exhilarating is “Clifford Jordan” initially on Leitch’s Autobiography album, a recognition of the saxophonist’s talents as a composer as well, and “Clifford Jordan” features on the lightly swinging piece Levy on tenor sax and Carl Maraghi on baritone sax.

Leitch intended to arrange the two CD’s of New Life to approximate two nightclub sets, with time for intermission, if the listener so wishes.

And so, after decades as a jazz guitarist, Peter Leitch has discovered his previously undeveloped talents as an arranger and orchestra leader. And he has discovered from another perspective the healing power of music to sustain soulfulness.

Steve Wilson and Wilsonian’s Grain at the Vermont Jazz Center 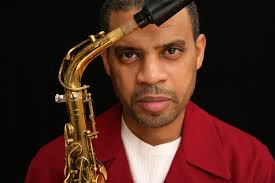